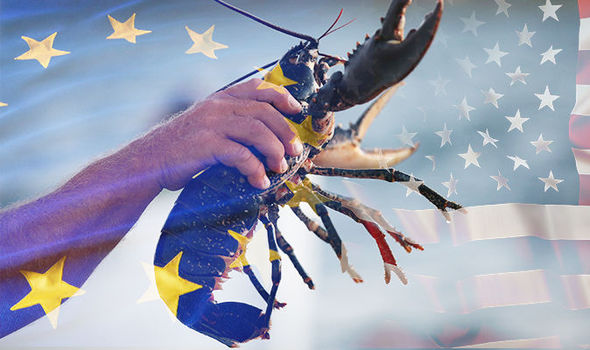 American lobsters face being banned from the EU

The £170million annual North American lobster export business to the EU is under threat after scientists from the bloc have argued there is strong evidence to determine the European breed needs to be protected from its larger American cousin.

Sweden initially put in the request in March to declare the American species as invasive after 32 of the crustaceans were found in North Atlantic waters over the past few years.

America and Canada said there is a lack of scientific evidence but the Scientific Forum on Invasive Alien Species, made up of experts from each EU member state, rubber stamped Sweden’s 85-page scientific risk assessment this week.

We continue to believe that pursuing such a prohibition is not only unsupported by science and inconsistent with the rules of the World Trade Organization, but is also an unnecessary overreaction

The review, which says the American species could encourage crossbreeding, disease crossover and a killing off of European lobsters, could lead to a ban on live imports into the Union.

Canadian and American scientists said Sweden’s claims are “not supported by the best available science” as they have found less than 100 American lobsters over the past decade, which they argue does not constitute an invasion. 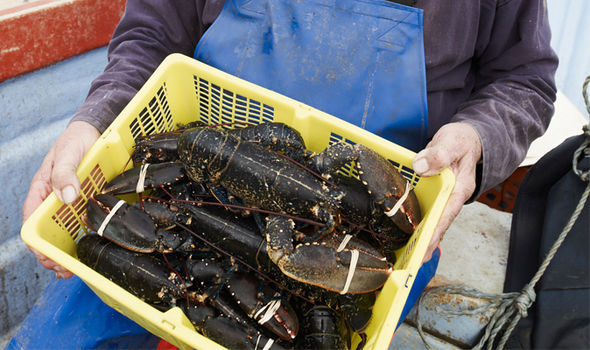 They also said the Atlantic waters around Britain, Norway and Sweden are too warm for American lobsters used to the cold Northeast Atlantic, the waters are fished too hard and have too many predators such as crabs, snapping shrimp and squat lobsters for the Homarus Americanus to survive, let alone take over the European lobster population.

EU spokeswoman Iris Petsa, said: “This does not prejudge in any way the decision on whether the commission will propose the lobster for listing.

“This is a preliminary opinion on a purely scientific risk assessment and not a decision as to whether to ban the species.”

She said a final conclusion would happen next spring at the earliest and could go to a vote by the Alien Species Committee before going to a full vote of the Commission.

Implications on international trade and other ways of protecting the continent’s native lobster will also be considered, she added.

America and Canada is hoping the lack of evidence will mean the ban is thrown out by the World Trade Organisation (WTO) where Sweden’s report will now go. 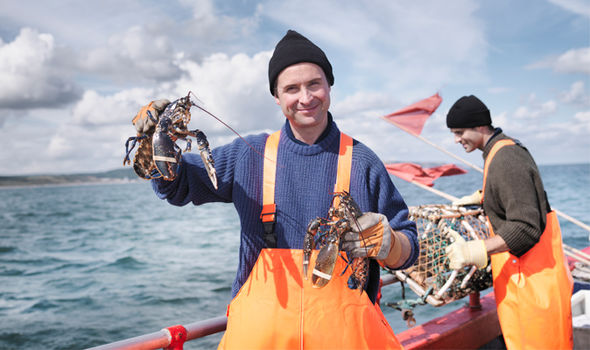 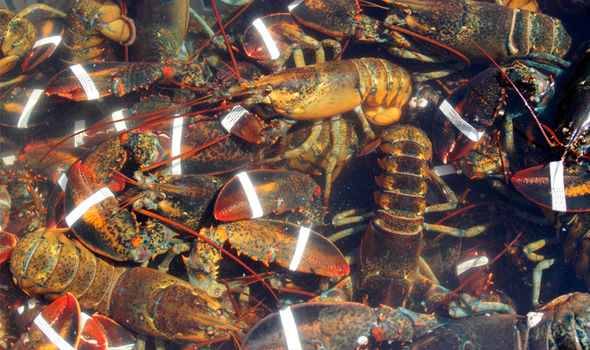 Maine is one of the major exporters of the American lobster

In New England on America’s east coast, the Maine Lobstermen’s Association has already suggested American politicians need to be prepared to bring the issue to the WTO if no alternatives to a ban are considered.

Maine politicians, writing a joint statement, said: “We continue to believe that pursuing such a prohibition is not only unsupported by science and inconsistent with the rules of the World Trade Organization, but is also an unnecessary overreaction that would have devastating economic effects on the American lobster industry that supports so many Mainers and their families.

“We will continue to support Maine’s lobster industry by seeing that the science and economic impacts are made clear.”

Close relative American crayfish have invaded Europe’s rivers and lakes after being introduced to Britain in the 1960s, with the signal crayfish now considered an invasive species after it was found they carried a disease which killed of British crayfish.

Fishermen who catch the American crayfish species cannot return them to the water.