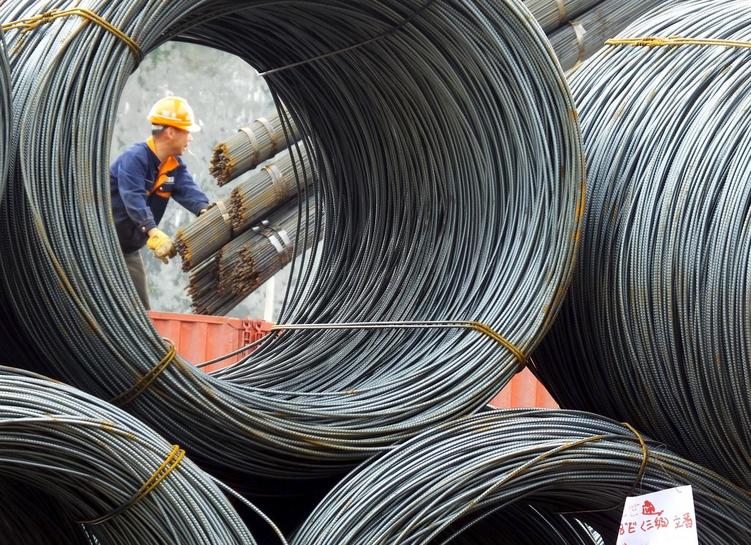 BRUSSELS/BEIJING China and other major steel-producing countries failed to agree measures to tackle a global steel crisis as the sides argued over the causes of overcapacity, prompting U.S. criticism of Beijing’s approach and an angry response from Chinese officials.

A meeting of ministers and trade officials from over 30 countries, hosted by Belgium and the OECD on Monday, sought to tackle excess capacity, but concluded only that it had to be dealt with in a swift and structural way.

Washington pointed the finger at China over the failure of the talks, saying Beijing needed to act on overcapacity or face possible trade action from other countries.

“Unless China starts to take timely and concrete actions to reduce its excess production and capacity in industries including steel … the fundamental structural problems in the industry will remain and affected governments – including the United States – will have no alternatives other than trade action to avoid harm to their domestic industries and workers,” U.S. Secretary of Commerce Penny Pritzker and U.S. Trade Representative Michael Froman said in a statement.

Asked what steps the Chinese government would take following the unsuccessful talks, China Commerce Ministry spokesman Shen Danyang told reporters on Tuesday: “China has already done more than enough. What more do you want us to do?”

“Steel is the food of industry, the food of economic development. At present, the major problem is that countries that need food have a poor appetite so it looks like there’s too much food.”

The OECD said global steelmaking capacity was 2.37 billion tonnes in 2015, but declining production meant that only 67.5 percent of that was being used, down from 70.9 percent in 2014.

Britain in particular has felt the squeeze as its largest producer Tata Steel has announced plans to pull out of the country, threatening 15,000 jobs. Last week, more than 40,000 German steel workers took to the streets to protest against dumping from China.

China, the world’s top steel producer, has been ramping up exports of steel in recent years, as it battles to steer its economy into services-led growth and away from traditional manufacturing, while keeping employment levels high.

China’s steel exports jumped 30 percent from a year ago to 9.98 million tonnes in March despite a slew of anti-dumping measures globally.

But blaming China for woes in the global steel industry is simply a lazy excuse for protectionism, and such finger-pointing will be counter-productive, China’s official Xinhua news agency said in a commentary on Monday.

“It’s more been their competitive advantage into Asian countries which has really driven that rise in exports,” said Daniel Hynes, a commodity strategist at ANZ Bank. “I think that will continue and will keep those export levels relatively high despite the pressures we’re seeing now.”

At a news conference following Monday’s meeting, deep divisions between China and other producers were clear.

Cecelia Malmstrom, the EU’s trade commissioner, insisted governments should not grant subsidies that keep unviable plants running and should subject state-controlled firms to the same rules as the private sector.

China’s assistant commerce minister, Zhang Ji, said China had cut 90 million tonnes of capacity and had plans to reduce it by a further 100-150 million tonnes.

“That is only 10 million tonnes less than the capacity in Europe,” he said, although critics say it would still have a capacity of around 1 billion tonnes, far in excess of its needs.

China’s main iron and steel body has previously acknowledged that the flood of Chinese steel product exports is damaging to the country’s efforts to to gain market economy status from the European Union – an important goal for Beijing as the domestic economy slows.

Li Xinchuang, the vice secretary of general of the China Iron and Steel Association, rejected the U.S. criticisms.

“It is a totally pointless complaint from the U.S. and it’s biased against China,” Li told Reuters by phone. “China’s steel industry is market-based and Chinese steel products have good quality, low price and good service. The complaint on government subsidies is also crap.”

Tensions have erupted between other producers, with Japan leading criticism of Indian minimum prices for imported steel at a recent World Trade Organisation meeting and Japan and South Korea coming under fire for exporting steel products cheaper than they sell them at home.

In a step by Beijing to reduce trade frictions with Washington, it has agreed to scrap some export subsidies on a range of products including steel the United States said last week.

But there were signs the spat was spreading. The United Steelworkers (USW) said on Monday it has filed a case with U.S. regulators seeking to stem a “flood” of aluminum imports the trade unions says have damaged U.S. producers and threatened jobs.

The case is the latest move by the U.S. aluminum industry to try and get authorities to investigate the impact of rising imports, particularly from China.