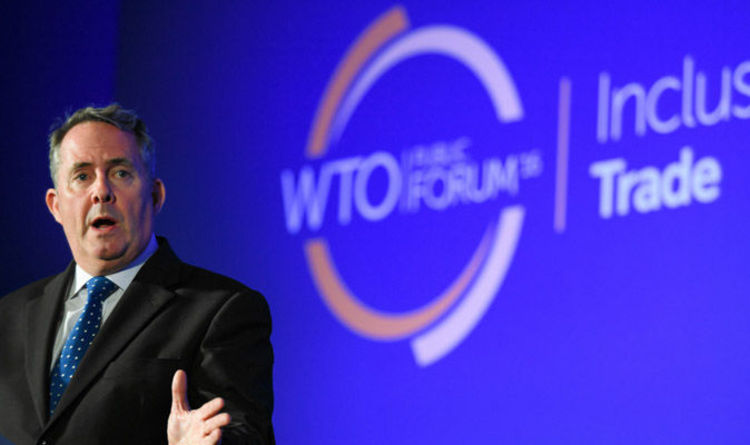 In a statement to Parliament on Monday he claimed work is underway to secure Britain’s independent membership with the World Trade Organisation (WTO) as he tries to secure trade agreements ahead of the UK’s EU exit.

He said Britain would try to “replicate” its current obligations as an EU member.

Mr Fox told Parliament: “In order to minimise disruption to global trade as we leave the EU, over the coming period the Government will prepare the necessary draft schedules which replicate as far as possible our current obligations.

“The Government will undertake this process in dialogue with the WTO membership.”

He continued: “This work is a necessary part of our leaving the EU.

“It does not prejudge the outcome of the eventual UK-EU trading arrangements.”

After Mr Fox’s statement, Lib Dem leader Tim Farron accused the Government of driving the country towards a hard Brexit that could be “economically disastrous”.

He added: “The Liberal Democrats believe that the public should have a say through a vote on the final deal, because departure is not the same as direction.”

Britain is currently represented at the WTO by the EU, which deals with issues concerning trade tariffs and quotas on behalf of the 28 member states.

The WTO is the world’s only international organisation that deals with trade rules between nations.

There are currently 164 members whose WTO membership allows them to negotiate a range of internationals agreements and quotas.