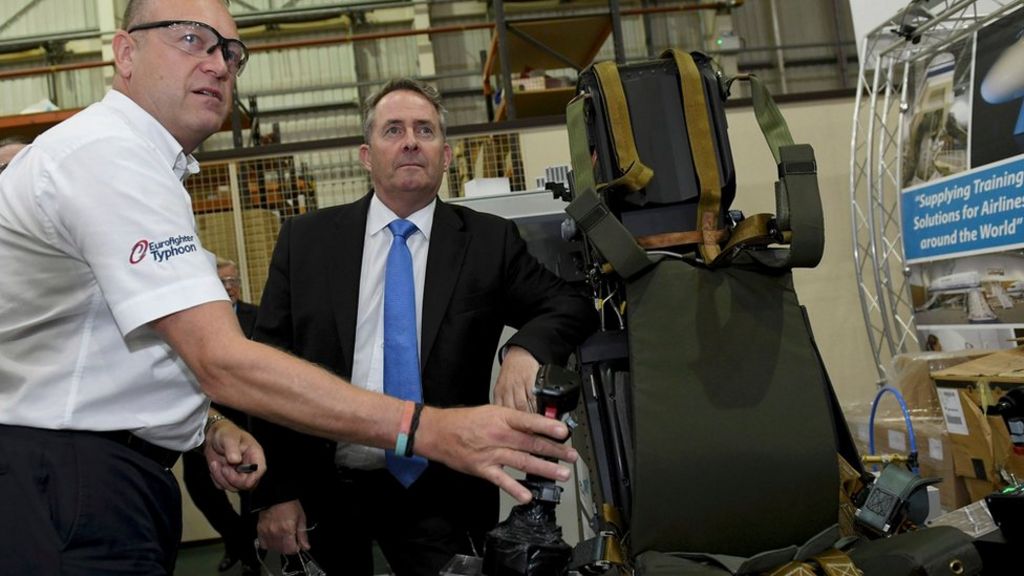 The UK’s trade with the European Union will be “at least as free” after Brexit as it is now, Liam Fox says.

The International Trade Secretary said it was in other countries’ interests to avoid tariffs which he said would “harm the people of Europe”.

He also predicted the UK would be a standard-bearer for global free trade and that Brexit represented a “golden opportunity” to forge new links.

The UK is unable to negotiate trade deals independently while in the EU so Mr Fox will be negotiating new arrangements with other countries after Brexit, and has already had some talks with countries such as Australia.

In a speech in Manchester, he said free trade had “transformed the world for the better” and that the UK had “a golden opportunity to forge a new role for ourselves in the world”.

There was now a “post-geography trading world” and the UK would “carry the standard of free and open trade as a badge of honour” once it left the EU, he predicted.

Asked afterwards whether he was concerned about tariffs being put in place, he said: “Who does it harm more if we end up in a new tariff environment?

“Does it harm more those who sell more to the UK, or the UK? It’s in everybody’s interests that, as we move forward, that we have at least as free a trading environment as we have today.”

Mr Fox also defended his recent comments that Britain was “too lazy and too fat” with businessmen preferring “golf on a Friday afternoon” to trying to boost the country’s prosperity.

“What I said was as a country we have been too willing to rest upon the achievements of previous generations,” he said.

“I think the figures speak for themselves.”

Analysis by the BBC’s James Landale

Liam Fox is aiming high. The international trade secretary told an audience of business leaders in Manchester that when Britain leaves the EU, he wants it to have a trade environment with European economies that is at least as free as it is now. Anything else, he said, may not harm the politicians and institutions in Brussels, but it would harm the people of Europe.

He also said for the first time that he wanted a post-Brexit Britain to be a full independent member of the World Trade Organisation, a clear signal that he does not believe the UK should seek what’s called a soft Brexit involving membership of the EU single market or customs union.

Mr Fox’s argument is that EU leaders won’t want to impose punishing new tariffs on British goods and services for fear of harming their own economy. But hoping for a trade deal with the EU as good as it is now will be seen by some as highly optimistic.

But Mr Fox was criticised by former deputy PM, now Lib Dem EU spokesman Nick Clegg. He said: “Liam Fox is delusional about the impact of Brexit on British trade with the rest of the world. Unbelievably, he claims to be ‘taking an axe to red tape across borders’.

“The truth is that leaving the EU’s customs union and single market will bring a deluge of new Brexit red tape down on the heads of British businesses who export to the continent.”

However Ben Digby, international director at the CBI, said: “It’s encouraging to see the government make a robust case for free trade. A sincere partnership between UK businesses and government will inject the confidence needed to ensure we can make the most of the opportunities available in Europe and around the world.”

The government has yet to set out its negotiating position. Key issues include the balance between single market access and accepting the free movement of people – the right of EU citizens to freely move to live and work in the UK.

In a BBC interview, Italy’s prime minister said it would be “impossible” for Brexit talks to result in a deal that gives Britons more rights than others outside the EU.

Matteo Renzi warned that leaving the EU would be a “very difficult process” – but the problems could be solved only after the UK began the exit procedure.

Markus Kerber, the head of the influential BDI which represents German industry, said a so-called “hard” Brexit, rather than a “fudge”, was the only option and predicted the UK would not secure full access to the EU single market if it wanted to curb migration.

He told BBC Radio 4’s Today programme: “We have a rough idea of what the British government wants to see.

“It wants to have relatively full access to the single market and yet limited on non existing freedom of movement of labour.

“That I think is impossible at the moment, so what we think the British government wants I can tell you straight away is not what the continental Europeans are willing or even able to give, then it will be relatively short negotiations.”

Prime Minister Theresa May, who has said she will not formally trigger Brexit this year, is facing calls to clarify the government’s demands from the negotiations.

Former education secretary Nicky Morgan, who campaigned for Remain in the referendum, told Today the PM could give a “broad outline” in her speech to next week’s Tory conference and called for details to be provided “certainly in the next couple of months”.

Another Conservative Remain campaigner, ex-chancellor Ken Clarke, told the New Statesman Mrs May was running a “government with no policies” which has no idea how to carry out Britain’s exit from the European Union

“Nobody in the government has the first idea of what they’re going to do next on the Brexit front,” he said.