Li Keqiang praised the two countries relations and said China wishes to work closely with the Czech Republic and to enhance practical cooperation with Central and Eastern Europe. Li Keqiang also called for an end to trade protectionism. He urged European countries to live up to the obligations of the World Trade Organization and deal with trade disputes with China through negotiations.

Sobotka said the Czech Republic is willing to have closer ties with China, and will help to promote EU-China relations. 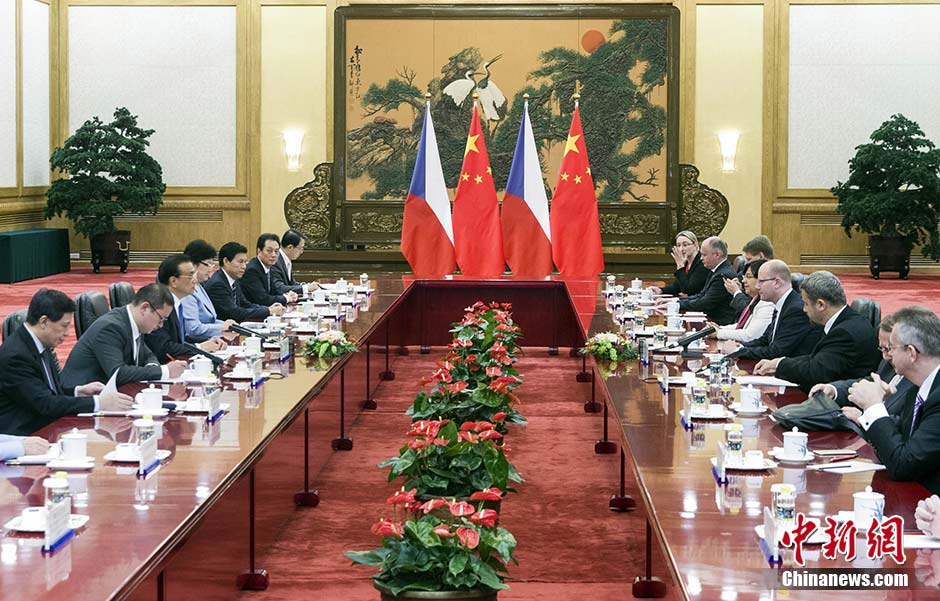