Let's not overreact to Panama Papers, some EU finmins warn 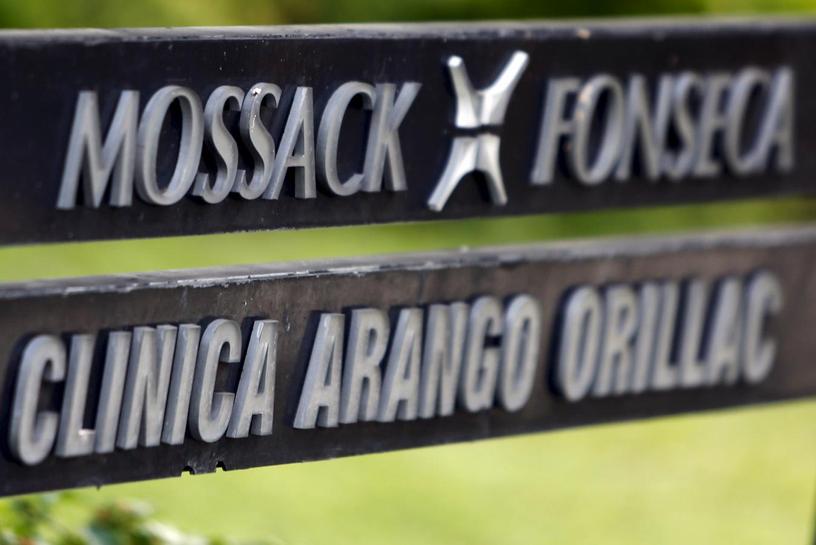 A company list showing the Mossack Fonseca law firm is pictured on a sign at the Arango Orillac Building in Panama City in this April 3, 2016 file photo.

AMSTERDAM A European Commission plan to publicly reveal tax and financial data of large companies raised concerns among some European Union finance ministers who on Saturday advised caution after the Panama Paper leaks.

Under pressure after the revelations about offshore firms hiding wealth, the EU executive proposed on April 12 a plan to increase tax transparency of multinational companies, including public disclosure of their activities in tax havens.

Companies have warned of reputation risks, as some data may be misinterpreted if made publicly available. Non-EU firms could also acquire valuable information on their EU competitors, damaging their competitiveness, trade associations said.

“We would prefer that as a first step, (corporate tax data) should be available to tax authorities, not to the public,” Maltese Finance Minister Edward Scicluna told reporters on Saturday before an EU finance ministers meeting in Amsterdam.

“We should not overreact,” he said, warning against the competitive risks for EU companies if overly strict transparency regulations were adopted.

Finance Minister Jeroen Dijsselbloem of the Netherlands, which holds the rotating EU presidency until July, said he favoured public disclosure but added: “Some are worried (public disclosure) will damage the competitive advantage of Europe.”

“We have to be careful about privacy rights,” Belgian Finance Minister Johan Van Overtveldt added.

The EU draft rules would require firms with an annual turnover above 750 million euros to publicly disclose their tax data in all EU countries where they operate.

With a last-minute tweak, the Commission extended this new disclosure requirement to corporations’ activities in so-called tax havens, jurisdictions that facilitate companies and individuals to hide their taxable income.

The European Commission, the EU executive arm, had initially proposed in January that companies’ detailed tax data should be available to tax administrations in each EU country, but not to the wider public.

Anti-corruption campaigners have urged the EU do to more than what proposed so far, extending public disclosures to all countries and to more companies.

The issue of public country-by-country reporting has not been formally discussed by EU finance ministers yet at the Amsterdam meeting on Friday and Saturday, but the ministers are debating anti-tax avoidance measures and plans to tackle value added tax (VAT) frauds that cost EU states billions of euros a year in lost revenues.