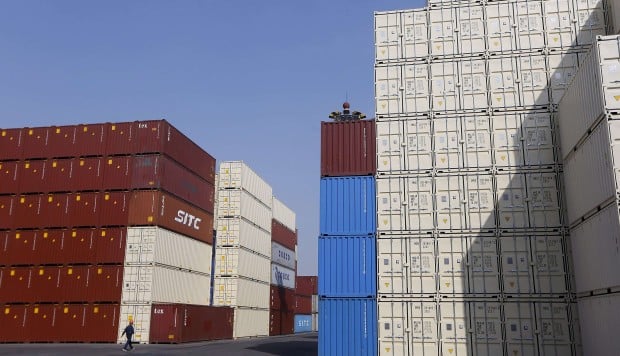 A World Trade Organisation report last week on trade performance in 2015 and on the prospects for this year painted a glum picture compared to the years before the 2008 financial crisis.

Global trade expanded by 2.8 per cent last year, with identical growth predicted for 2016. That would make it the sixth consecutive year in which exports have grown by less than 3 per cent – about the same rate as the annual increase in global gross domestic product over the same period.

In the pre-crisis years we were accustomed to see trade growth outpace GDP growth by a factor of nearly two. Averaging out the numbers from 1950 to 2007 – the year immediately before the “Great Recession” – real trade growth was 6.2 per cent a year and output growth was 3.8 per cent.

Trade performance in the post-recession period raises the question whether the world has changed and a robust contribution of trade to economic activity can no longer be relied upon. The debate continues on the relative weight of cyclical and structural explanations for the current state of affairs.

Those favouring a cyclical narrative emphasise the link between overall economic performance and trade growth. Until the macroeconomy recovers, trade will grow at much the same rate as GDP. In past decades it was true that when GDP growth was strong, trade growth was even stronger. And when GDP growth sagged, trade slowed even more.

Slower Chinese growth can explain part of what is happening now

By contrast, the structural line of thinking points to one-off occurrences in recent years that have boosted growth. This view also emphasises that, historically, trade has by no means always been as dynamic as in the post-war period, and that it had started to fall before the macroeconomy tanked in 2008.

The rise of China after 1978 had a huge impact on the world economy, just as slower Chinese growth can explain part of what is happening now. The fall of the Berlin Wall in 1989 opened up swathes of Eastern Europe to the world economy.

International production sharing through vertically integrated value chains intensified trade dependence over this period and increased reliance on services. Global value chains may be expanding less rapidly because the major economies driving the phenomenon – particularly China – are now domesticating a bigger share of value chain activity in both production and consumption.

Another structural factor that worries commentators is growing protectionism. Many governments have relied increasingly on trade-restrictive or discriminatory measures in the post-crisis period.

According to Simon Evenett of St Gallen University, who runs a monitoring service called the Global Trade Alert, one illustration of the trend is that post-crisis protection has reduced export growth by more than 5 per cent a year in the poorest countries.

Others are less concerned by rising protectionism, but the counterargument is that trade-inhibiting measures are less visible now, taking the form of various domestic support measures and regulatory actions rather than direct trade barriers. There is no big protectionist bang but a stream of small actions adds up.

Cyclical measures are assumed to be transitory; structural factors can be too. Governments could roll back protection. They could balance a pro-trade stance with more domestic adjustment support instead of vilifying trade in the style of prominent politicians currently campaigning for the US presidency.

While it is hard to envisage another China exploding onto the world scene, plenty of economies in Asia and Africa have yet to achieve middle-income status. They could form the basis of another spurt of global production-sharing and the trade that goes with it.

This rather optimistic view might be dashed by many factors, not least disruptive labour-saving technologies such as robotics, additive printing and the internet of things. That would severely attenuate an export-led-growth pathway to diversification and development.

Reliance on trade to transmit powerful competitive forces to local economies, along with new knowledge and technologies would become a harder strategy to follow. Let us hope that circumstances combine to make the contemporary trade lull a snooze and not an indefinite slumber.