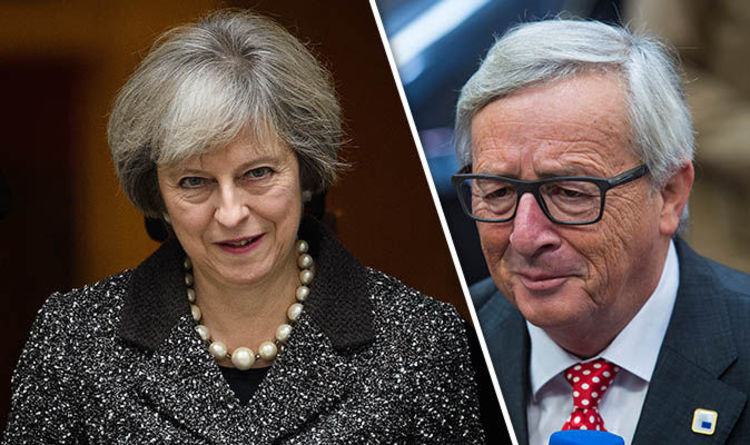 Critics hoped the CETA deal would help develop a blueprint for UK negotiations but President of the EU Commission poured cold water on the suggestion.

Brussels bureaucrats were left red-faced earlier this month when the lucrative trade deal between Canada and the bloc was held up by a tiny Belgian regional government, with a key Candian negotiator walking out of talks. But the deal was finally signed yesterday.

Asked what the timeline for Canada’s agreement with the bloc meant for Brexit talks, Mr Juncker said: “I don’t see any relation between what we are signing today and the Brexit issue.”

EU Trade Commissioner Cecilia Malmstrom added that she is drawing “no conclusions” about Brexit from the agreement with Canada.

Many Brexit supporters have suggested that the Canadian deal could be used as a springboard for Britain to begin its Brexit negotiations in earnest, but Theresa May has said she will not trigger Article 50 until next March.

EU officials have refused to discuss any post-Brexit arrangement until then.

The Prime Minister has said that after Article 50 is triggered the country will have two years to develop a deal with the bloc of 27 countries.

Political commentators have suggested the Canadian agreement means Britain will be able to stay in the European single market without accepting freedom of movement, as Canada has secured the same deal.

However, Mr Juncker’s comments will stoke fears that any agreement could be a lengthy process and came after the World Trade Organisation said Britain could not leave the EU until it had reached an agreement with its 163 members.