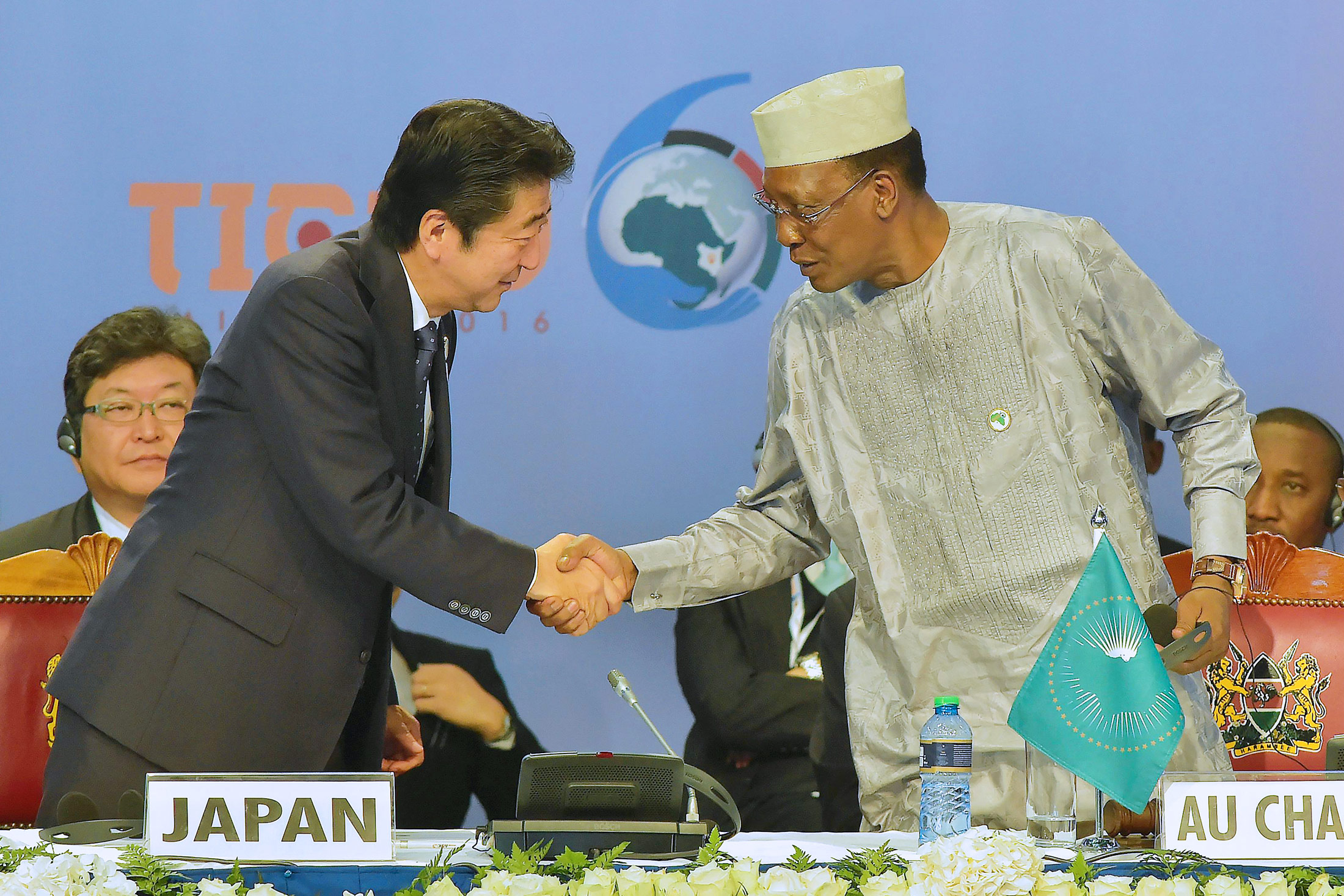 Japan will invest $30 billion to boost Africa’s economic growth and infrastructure over the next three years, Prime Minister Shinzo Abe said as he sought to win over national leaders already being wooed by China and the U.S.

The Asian economy’s planned investment in the continent of 1.2 billion people shows it has “faith in Africa’s future,” Abe told the heads of states gathered in Kenya’s capital, Nairobi, for the sixth Tokyo International International Conference on African Development.

Thirty-four heads from across the 54-nation continent, including those from South Africa, Nigeria, Ivory Coast and Uganda, are attending the high-level gathering being held outside Japan for the first time. The amount pledged includes private sector investment and $11 billion left over from a $32-billion commitment made at the previous meeting in 2013.

In pledging more support, Japan is competing for influence in the continent with the U.S., China and former European colonial powers such as Britain and France.

China, whose investments in sub-Saharan nations have increased 40-fold since 2003, pledged $60 billion for the continent at a similar summit by President Xi Ping in South Africa last year. The money was to be spent on interest-free loans, preferential financing and funding to support development. The U.S., on the hand, said it would give $14 billion at the U.S.-Africa Leaders Summit in 2014.

About $10 billion of Japan’s planned investment is earmarked for electricity-generation projects and upgrading urban transport systems and ports, Abe said.

The nation will work with the African Development Bank to boost private sector investment on the continent struggling with intermittent power outages, dilapidated infrastructure, poor sanitation and grinding poverty.

Japan, which invested $47 billion on the continent over the past 23 years, wants to connect Africa and Asia through sea lanes, Abe said.

“Let us make this stretch that is from Asia to Africa a main artery for growth and prosperity. Let us advance together, Africa and Japan, sharing a common vision,” Abe said.

Africa’s exports to Japan in 2015 were valued at $8.57 billion, according to the Japan External Trade Organisation, compared with imports worth $11.6 billion. Kenyan President Uhuru Kenyatta asked rich nations to be more open to trade with developing countries.

“The critical ingredients of prosperity in the last half century have been free and fair trade, infrastructure integration of regions, educated and productive citizens who enjoy economic liberty and responsible government,” Kenyatta said. “Yet there is now a trend among many countries to turn toward more isolationist or grossly unfair positions on trade.”