IMF cuts euro zone growth outlook on 'Brexit,' warns it may get worse 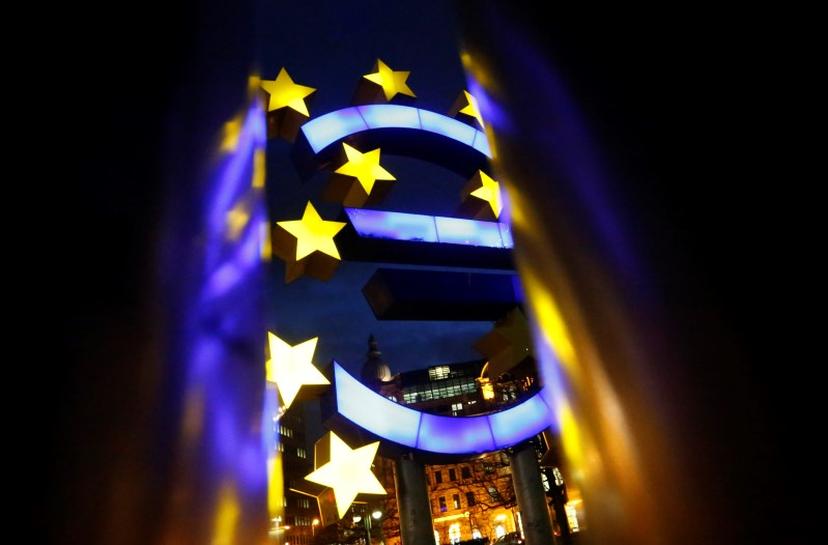 The famous euro sign landmark is photographed beside through two metal ventilation shafts outside the former headquarters of the European Central Bank (ECB) in Frankfurt, late evening January 20, 2015.

WASHINGTON The International Monetary Fund on Friday cut its euro zone growth outlook for the next two years over uncertainties sparked by Britain’s vote to leave the European Union, and warned that the conditions could worsen if confusion continues to reign in financial markets.

In its annual policy review of the 19-country euro currency bloc, the IMF said it now expects 2016 growth of 1.6 percent, down from the previous forecast of 1.7 percent, while the 2017 growth forecast will drop to 1.4 percent from 1.7 percent previously.

In its annual policy review of the 19-country bloc, the IMF said a further global growth slowdown could derail the euro area’s domestic demand-led recovery, and further Brexit spillovers, the refugee surge, increased security concerns and banking weakness all could take their toll on growth.

But IMF European Department Deputy Director Mahmood Pradhan said that if the separation negotiations drag out between the EU and the UK and continue to cause risk reductions in financial markets, euro area growth would slow further.

“If that risk aversion is prolonged, we think the growth impact could be larger and at this point, it is very difficult to tell how long that period lasts,” Pradhan told reporters on a conference call.

He added that the 1.4 percent growth scenario for 2017 assumes a relatively swift negotiation of a deal that would preserve full tariff-free access to the European Union common market for Britain. Even this “best-case” scenario will cause a slowdown in investment and weigh on consumer and market confidence, he said.

The IMF has not fully calculated the drag on growth that would result from a full arm’s-length relationship that would revert Britain’s EU status to basic World Trade Organization tariff and access rules. Pradhan said that would be a “significant change” for Britain, which sends some 40 percent of its exports to the EU.

“If you went to the WTO option, just getting there would take a very long time — and that itself will be very damaging,” Pradhan said.

In its report, the IMF said medium-term prospects for the euro zone are “mediocre”, constrained by crisis legacy problems from high unemployment, elevated public and private debt and deep-rooted structural weakness.

“As a result growth five years ahead is expected to be about 1.5 percent, with headline inflation reaching only 1.7 percent,” the IMF said.