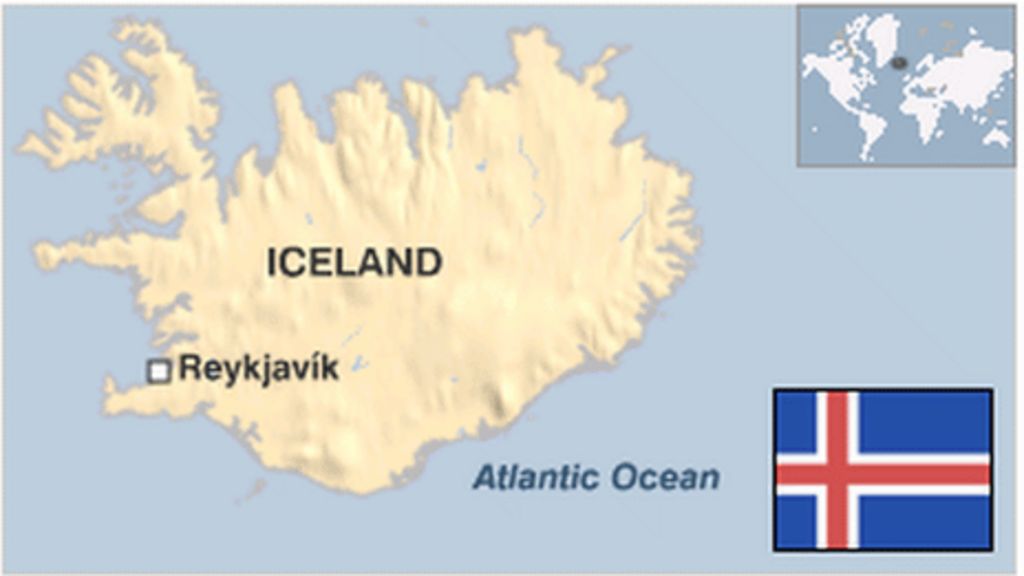 A sparsely-populated North Atlantic island, Iceland is famous for its hot springs, geysers and active volcanoes. Lava fields cover much of the land and hot water is pumped from under the ground to supply much of the country’s heating.

Iceland became an independent republic in 1944 and went on to become one of the world’s most prosperous economies. However, the collapse of the banking system in 2008 exposed that prosperity as having been built on a dangerously vulnerable economic model.

The affluence enjoyed by Icelanders before 2008 initially rested on the fishing industry, but with the gradual contraction of this sector the Icelandic economy developed into new areas.

Mr Grimsson was re-elected president in 2012 for a record fifth term, having first been elected in 1996.

An academic political scientist by profession who studied at the University of Manchester in England, Olafur Ragnar Grimsson was elected to parliament for the left-wing People’s Alliance in 1978 and served as finance minister in a coalition government in 1988-1991.

He often speaks out on controversial issues, and his relations with the conservative Independence Party – the dominant party in Icelandic politics until 2009 – has been uneasy.

Mr Gunnlaugsson became prime minister in May 2013 following elections in April in which his centre-right Progressive Party and the conservative Independence Party of Bjarni Benediktsson both won 19 seats in the 63-seat parliament or Althing.

The two parties formed a coalition after the election, taking over power from the Social Democrats, who suffered the worst defeat of any ruling party since Iceland gained independence from Denmark in 1944.

An Oxford-educated former journalist, Mr Gunnlaugsson belongs to a new breed of politicians who emerged after Iceland’s 2008 financial crisis, and his elevation to the premiership marks a generational shift in the Icelandic government.

He asked for parliament to be dissolved in preparation for early elections following an uproar over his offshore holdings revealed in the “Panama Papers” in April 2016.

National radio and TV is provided by the Icelandic National Broadcasting Service (RUV), a public-service broadcaster owned by the state.

The RUV is obliged to promote the Icelandic language and the nation’s history and cultural heritage. Its services are funded by a licence fee, and by advertising revenues.

Some key dates in Iceland’s history:

1941 – The United States takes over the defence of Iceland and stations tens of thousands of troops there.

1944 – Icelanders vote in a referendum overwhelmingly to cut all ties with Denmark and become a republic. The Republic of Iceland is proclaimed.