How the U.K. could benefit from ending its 'spent tea bag' relationship with the EU

Amid the onslaught of dire warnings suggesting the Brexit results will surely lead to the end of civilization, there are voices offering a somewhat different, tempered, more optimistic message.

Not only will the United Kingdom survive its divorce from the European Union, they say, the move will in the long run prove to be a net benefit.

“What you’re seeing probably internationally is the wails of those who lost now complaining that the world is going to come to an end,” said Andrew Lilico, executive director and principal of the consultancy firm Europe Economics.

“That’s not the way most people saw this matter and it’s not how we should expect things to play out over the medium to long term.”

He says, “Somebody once described this to me as the spent tea bag — the theory of our U.K. relationship [with the EU]. It had given all it could and if we left it in there too much longer it would just go bitter.”

Positive views may be difficult to reconcile with the constant gloomy headlines and bloody economic aftermath that saw the markets crash and the British pound plummet.

But this was all predictable, say some observers, dismissing the recent market developments as a short-term phenomenon.

“I don’t think people should be particularly worried; markets move up, markets move down,”  Lord Mervyn King, the Bank of England governor for 10 years, told the BBC.

“We don’t yet know where they will find their level and the whole aspect of volatility is that there is a trial-and-error process going on before markets discover what the right level of stock markets and exchange rates actually are.

“What we need is a bit of calm now; there’s no reason for any of us to panic.”

King said in 25 years, “we’ll look back and say a little bit, that at least in economic terms, maybe that was a bit of a fuss about nothing.”

Not only is it a fuss about nothing, said Patrick Minford, an economics professor at Wales’ Cardiff University, but the doomsayers are missing the bigger economic picture.

Minford is one of eight economists who created the Economists for Brexit website and believe there is a strong economic case for leaving the European Union. 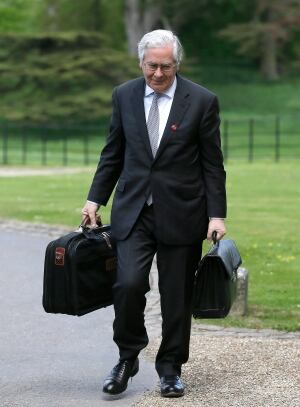 Lord Mervyn King, the former governor of the Bank of England, says in 25 years “we’ll look back and say a little bit, that at least in economic terms, maybe that was a bit of a fuss about nothing.’ (Alastair Grant/Associated Press)

Disentangled from the over-regulated and protectionist-minded EU, the newly Brexited United Kingdom stands to reap economic benefits, he said. Freer trade deals with other nations will lead to lower prices, more jobs, and a boost to the GDP.

Will not become more protectionist

“All assumed that when we left we would just become an insular, protectionist country,” Minford said. “The optimal assumption which we have said would happen, and which is clearly going to have to happen in order to satisfy the people, is free trade. You simply get rid of these barriers.”

As for the loss of trade deals signed under the EU, Minford dismissed their relevance, arguing that the United Kingdom doesn’t have to forge some kind of agreement in order to exchange goods with other countries. Besides, he said, under the World Trade Organization, 70 per cent of U.K. exports already go to non-EU members.

Lilico agreed, saying that the more than 50 trade deals forged through the EU were with minor countries that will have little impact on the United Kingdom. Only three were of any substance that the U.K. cared about at all: South Africa, Mexico and South Korea.

No deal with Andorra?

“I feel that we might find that we’re able to live without a deal with Andorra,” he said, adding that the U.K. should be able to negotiate its own deals with those counties.

If anything could cause great peril for the EU,  it would be failure to agree to a reasonable deal with the U.K. that keeps things much as they are now, he said.

“Of course they’re not going to stop trading with the U.K.,” he said.

Take Germany for example. Michael Ivanovitch, a  former senior economist at the OECD in Paris and international economist at the Federal Reserve Bank of New York, pointed out that the U.K. is by far Germany’s most profitable export market.

Writing for CNBC, Ivanovitch said that with its €89.3 billion worth of exports to the U.K. last year, Britain is Germany’s third-largest export market, after the U.S. and France.

“Will Germany give this up by shutting the U.K. out of a free-trade agreement with the EU? Of course it won’t.”

In general, Lilico has a more positive view of the EU, saying it has been economically beneficial for the U.K. and brought stability to Europe. But that time has now passed, he said, and it will only serve to impede the United Kingdom from seeking new trade opportunities and geopolitical partnerships.