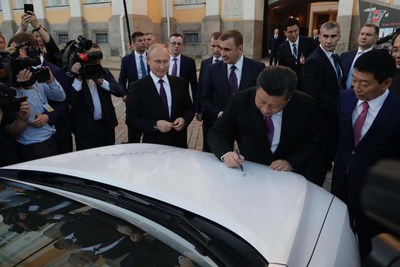 As Russia’s largest industrial project and China’s first full-process overseas plant, the factory plays an integral role in Russia’s ambition to become the world’s fifth largest economy by 2024, as well as in China’s Belt and Road initiative. The Haval F7 is the first vehicle mass-produced in the factory, with models priced from $1.449 million rubles, and both presidents signed China’s first ‘global car’ to express their support.

“Haval’s factory marks a milestone in China’s transition into an export powerhouse and pioneers a global approach for the auto industry,” said Wei Jianjun, Chairman of Great Wall Motor Company Limited. “Automakers should invest in developing local economies to successfully deliver China’s technological and manufacturing innovations to the world.”

Haval showcased the F7 and H9 to both leaders, and President Xi expressed overwhelming encouragement for Haval’s Russian market strategy. 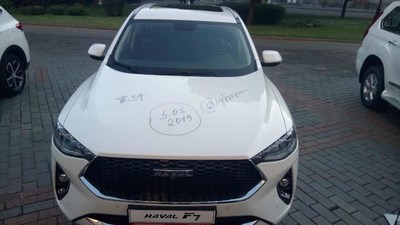 As part of Haval’s Globalization 3.0 strategy, the US $500 million Tula factory will boost Russia’s economic development, generating over RMB $3 billion in local profits and taxes and creating 4,000 jobs. Its strategic geographic location also stimulates foreign income, as Haval plans to export products from the factory to Kazakhstan, Azerbaijan, Moldova and Kyrgyzstan.