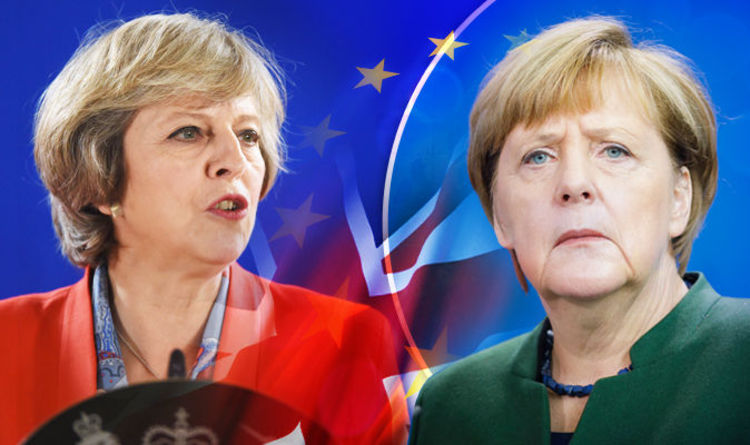 British firms would face a lower bill of just £5.2billion – adding weight behind the argument that it’s in the EU’s best interest to dish out a favourable trade deal with the UK.

According to Civitas, all but five of the 27 EU states would face more tariffs on exports to the UK than British firms would pay to send their goods into the continent.

In comparison, British companies sending goods to Germany would only pay £0.9billion in tariffs.

The Transport Secretary told the Times: “We want the Canadian deal to be done, it is in the interests of everyone on both sides of the Atlantic that that happens.

“I think there is a very different question with our relationship with the European Union. We are their most important export market… Nobody in continental Europe benefits from a reduction in the ability to trade with the United Kingdom.

“I have always been convinced that we will have tariff-free trade, we will have sensible trading arrangements, because it is in both of our interests that should happen.”

His remarks come after the EU’s free trade deal with Canada collapsed after the Belgian regional parliament in Wallonia blocked the deal.

Banks based in Britain are said to be contemplating about moving staff abroad before Christmas as fears mount about the possibility of a hard Brexit, which would detach Britain from the single market.

According to Mr Browne, small banks would begin to move before the end of the year while larger banks could follow suit in early 2017.

To try and convince banks to stay in Britain, Theresa May is said to be consider slashing corporation tax – something former Chancellor George Osborne supported.

The 45-year-old said: “Lower corporation tax is the most straightforward way to support business, large and small, and attract overseas investment.”

“That’s why, in budget after budget, I reduced it… My judgment hasn’t changed. If anything, I have reinforced my view.”