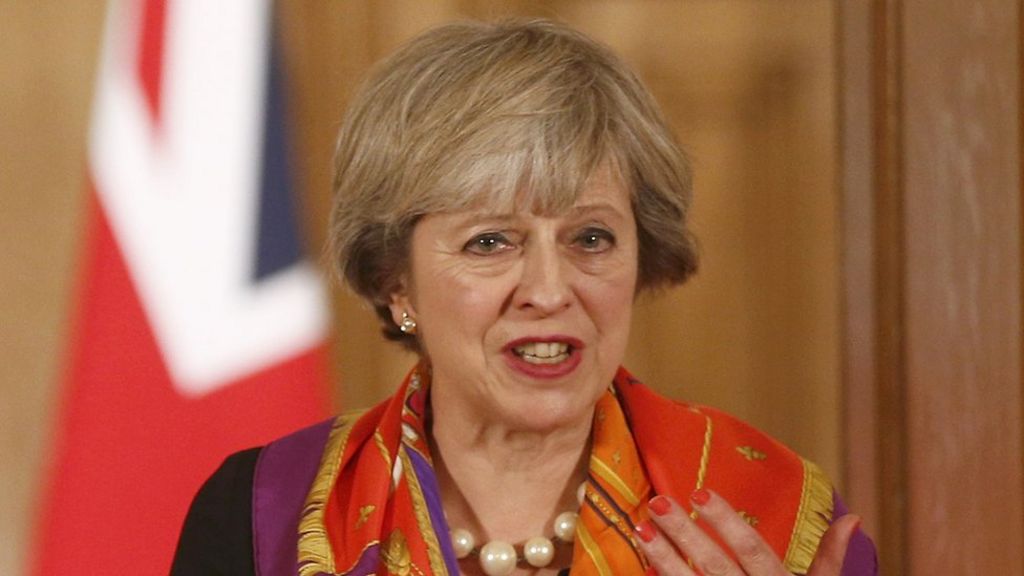 Pursuing a “hard” Brexit could alienate core Conservative voters and cost the party the next general election, a group of Tory MPs has warned.

The group – which includes ex-attorney general Dominic Grieve – said “a moderate core” of Tory voters do not want the party to become “Ukip-lite”.

PM Theresa May must ensure she is not “pushed” into a hard Brexit, they said.

It comes as the Lib Dems overturned a 23,015 Conservative majority to win Thursday’s Richmond Park by-election.

Ex-Tory MP Zac Goldsmith stood as an independent after leaving the Conservative Party, but Lib Dem Sarah Olney – who fought the campaign on the issue of Brexit – won by more than 1,800 votes.

“The Conservative Party needs to be alert that there is a moderate core of Conservative voters, who voted Remain, and who want to hear the Conservative government speaking above the noise of the Brexiters,” the quintet wrote.

“They do not want the Conservative party to be Ukip-lite, nor to hear that their desire for a negotiated Brexit, with all options open for the prime minister, is an attempt to delay the process or simply an expression of Remoaning.”

The Richmond Park result should be a reminder “that their votes have another destination if we don’t get this right”, they added.

They called for Downing Street to reveal its negotiating position on Brexit before triggering the formal exit process under Article 50 of the Lisbon Treaty.

Such a move would ensure the government was not “pushed into a corner by those who only advocate a hard Brexit”, the MPs added.

There is no strict definition of a hard Brexit or a soft Brexit, but they are used to refer to the closeness of the UK’s relationship with the EU after leaving.

So at one extreme, “hard” Brexit could involve the UK refusing to compromise on issues like the free movement of people, leaving the EU single market and trading with the EU as if it were any other country outside Europe, based on World Trade Organization rules.

This would mean – at least in the short term before a trade deal was done – the UK and EU would probably apply tariffs and other trade restrictions on each other.

At the other end of the scale, a “soft” Brexit might involve some form of membership of the European Union single market, in return for a degree of free movement.

What does ‘hard’ or ‘soft’ Brexit mean?

So far the government has refused to reveal what it will seek to achieve in negotiations with the EU, once formal talks begin.

However, the Sunday Times says Mrs May has given ministers the green light to draw up secret plans for a “grey Brexit” that would steer away from the demands of Leave and Remain hardliners.

The paper quoted Whitehall sources as saying that Chancellor Philip Hammond and Brexit Secretary David Davis had formed a “small clique” with No 10 to drive Britain away from a hard exit.

On Friday, international trade minister Greg Hands suggested the UK could seek a deal which would allow sections of the economy to remain within the EU’s customs union after Brexit.

Mr Hands said officials would be able to choose the type of products to be covered by agreements.

In the Commons on Thursday, Brexit Secretary David Davis said the “major criterion” was getting the best access for goods and services to the European market.

Mrs May has said she plans to trigger Article 50, which begins a two-year negotiation process before the UK leaves the EU, before the end of March 2017.