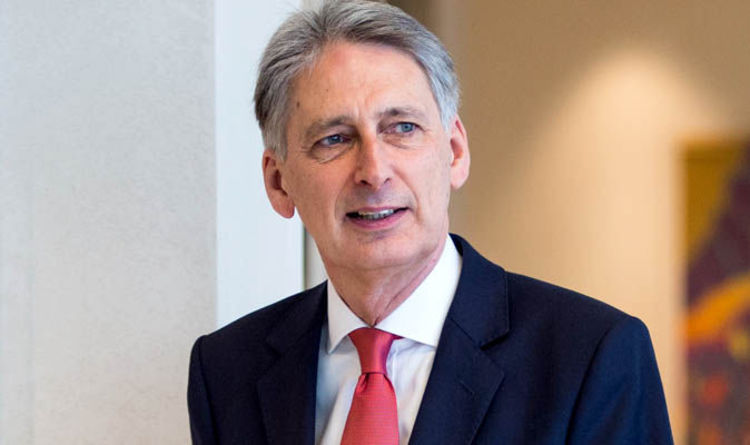 The Chancellor, who is viewed as the champion of a soft Brexit within the Cabinet, claimed completely walking away from the EU’s Single Market would “not be the most favoured outcome”.

On a visit to South Korean capital Seoul, Mr Hammond suggested the Government will not be willing to fall back on World Trade Organisation (WTO) rules for continued trade with the EU, in the event it fails to agree a trade deal with the bloc during Brexit negotiations.

Completely exiting the Single Market and Customs Union without a deal would see WTO-level tariffs imposed on British exports to the Continent, but Britain could also impose the same measures on EU goods imported to Britain.

Such a scenario has been dubbed ‘the hardest hard Brexit’ by Remain supporters.

Mr Hammond said: “In my view, the WTO option would not be the most favoured outcome. I hope that we would be able to agree with our European partners tariff-free access but on a reciprocal basis.”

Earlier this month, International Trade Secretary Liam Fox took the first step towards setting up Britain’s separate membership of the WTO, where it is currently spoken for by Brussels.

The Chancellor, on the final leg of a tour to South Africa, Japan and South Korea, also played down claims it could take Britain up to a decade to agree a trade deal with the EU.

Yesterday, the Government was hit by a furious Brexit row after it emerged Sir Ivan Rogers, the UK’s ambassador to the EU, has warned ministers a trade agreement between the EU and UK might not be reached until the early to mid-2020s.

But, speaking to the BBC, Mr Hammond insisted a new trading relationship could be negotiated alongside Britain’s ‘divorce’ agreement with the EU during the two-year timeframe set out under Article 50 of the Lisbon Treaty.

Referring to Sir Ivan’s warning, the Chancellor said: “I don’t expect that it will take as long as that.

“There will be two stages in this process: first we will negotiate a deal for our exit from the EU and, once we have started that process, we will, in parallel, begin to negotiate new arrangements with our former EU partners so that we can continue to trade and work closely with them.”

Yesterday, following an the European Council summit in Brussels, the 27 other EU member states set out their starting Brexit negotiating position.

In a joint statement, they declared for Britain to retain access to the Single Market “requires acceptance of all four freedoms” of the EU, including freedom of movement.