Group of prominent economists back Brexit 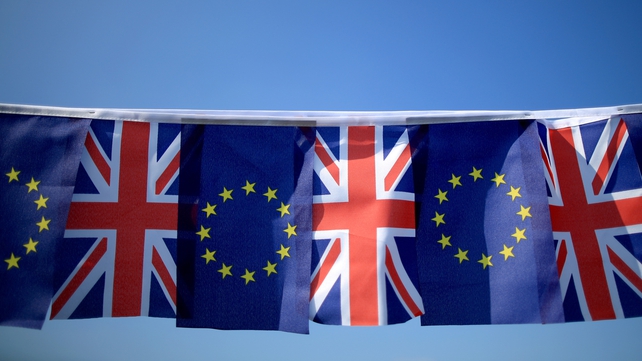 A Treasury analysis of different post-Brexit scenarios found households could end up as much as £4,300 a year worse off

A group of Eurosceptic economists have said the UK could grow an extra 4% in a decade if it left the European Union, as they launched a fightback against what they termed “establishment” propaganda.

The group of eight senior figures produced a dossier that showed “measurable net economic advantages” to the UK as a result of Brexit, despite short-term uncertainty.

Models used by the “Economists for Brexit” panel found that prices would be 8% lower, fewer people would be out of work and investment would grow once Britain was freed from the constraints of Brussels.

The claim follows a string of stark high-profile warnings that the UK would be worse off outside the EU.

A Treasury analysis of different post-Brexit scenarios found households could end up as much as £4,300 a year worse off and the economy be 6% smaller.

The International Monetary Fund warned a “Leave” vote would spark “severe regional and global damage” by disrupting trade relations as it scaled back its projection of UK economic growth.

And the Organisation for Economic Co-operation and Development said it would cost British workers the equivalent of a month’s pay by the end of the decade, with 2020 GDP more than 3% down on what it would have been.

The Treasury model was dismissed by Cardiff University’s Professor Patrick Minford – a former adviser to Margaret Thatcher – as “a totally misleading piece of propaganda, based on almost no proper economic thought”.

He was particularly scathing about its analysis of a relationship based on World Trade Organisation rules – something he argues could have significant benefits but which Treasury said would see GDP fall by 7.5%.

“It fails to account for the benefits of falling consumer prices, rising export competitiveness, assumes absurdly high WTO barriers and makes no recognition of the benefits of removing all EU regulations. It simply churns out pessimistic GDP forecasts without any real justification,” he said.

“The reality is that under a WTO agreement, the UK will be far better off. Our modelling shows that output grows 2%, competitiveness rises 5%, real disposable wages are up 1.5% and unemployment reduced by 0.2%.

“Walking away from the EU, not negotiating a new agreement with the EU or putting up any new trade barriers will bring about a 4% gain in GDP.

“These forecasts, together with the rest our Economists for Brexit pamphlet, give a proper, independent analysis of life outside of the EU and the group believes it is our duty to present that to the voting public.”

He said options such as those based on Canada and Norway’s relations with the EU were included “just to frighten us” and were not realistic for the UK.

Mr Lyons said there was no doubt London would remain a leading financial centre and accused the “Remain” camp of playing down the serious challenges the city already faced as a result of EU membership.

Even those who favoured staying in accepted that significant reforms would be needed to protect Britain’s interests, he said.

Mr Bootle, the Capital Economics founder and former Treasury “wise man” accepted that neither side was able to give the “gospel truth” on the consequences of Brexit.

But he said it was vital that the public were shown an expert alternative to the pro-EU consensus that had grown up in Treasury and major economic bodies such as the IMF and OECD.

He told the Press Association: “I don’t think the numbers that Patrick has produced are the last word, by any means.

“But that is part of the function of this: to try to undermine the impression given by things like the Treasury document that they have produced the gospel truth.

“The fact of the matter is that you have different sets of economists, different models, plug in some different assumptions and you get wildly different results. So I don’t think we have a monopoly of truth.

“The important thing is to make sure that people understand that they don’t have a monopoly of truth either.”

He said an establishment consensus remained despite the failures of the Euro single currency – which had been backed on all sides but proved a disaster.

“I can’t think of a single other example in economic history of a self-inflicted wound as damaging as this one,” he said.

Mr Bootle said that while he was strongly in favour of leaving for political as well as economic reasons he would back continued membership if he believed it would be economically beneficial.

“Let us suppose that the UK economy was going to be 20% worse off if we were out. I think I would probably believe that was a price not worth paying,” he said.

“For me the politics and the economics and intertwined. I think we will be better off partly because we will actually have control of our own destiny.”

The Prime Minister’s official spokeswoman told a Westminster media briefing: “It is important to look at the weight of economic opinion.

“We are not just talking about the Treasury analysis, we are talking about views and assessments made by some of the leading international economic organisations, like the OECD and the IMF.”