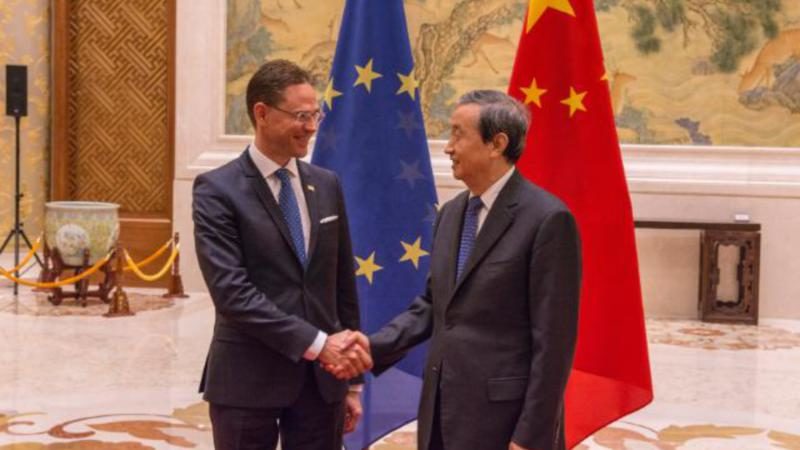 If the European Commission grants China Market Economy Status (MES) the consequences for the EU aluminium sector will be enormous, an industry group has said.

The EU executive said last month that it would focus on new measures to tackle Chinese dumping and illegal subsidies, but won’t decide whether China’s economy is market-driven.

MES is controversial because, if granted, trade partners will have to treat Communist-ruled China as a free market equal when it comes to settling disputes.

Gerd Götz, director general of trade association European Aluminium, recently said that the EU steel crisis has skewed the debate on China’s MES and distracted Brussels from other European industries, such as the aluminium sector, which could face the same fate.

“If the EU grants China MES, it would put 80,000 European aluminium workers at risk of losing their jobs,” he warned, adding that opening the door to China– regardless of mitigating measures – would jeopardise the EU’s long-term industrial future”.

China says that when it joined the World Trade Organisation (WTO) in 2001, it was promised the status change by the end of 2016. But the 28-country European Union oppose the move as letting Beijing off the hook over a long series of disputes ranging from steel to solar panels.

The Commission announced last week (4 August) that it would retroactively introduce anti-dumping duties on imports of cold-rolled steel products from China and Russia.

“In the wake of the global steel overcapacity crisis, the Commission is applying the trade defense instruments to re-establish a level playing field between EU and foreign producers,” the Commission said in a statement.

The European aluminium industry argues that China’s overcapacity in primary aluminium is five times the size of the EU’s entire production. China is ramping up production across the value chain, including in semi-fabrication, where exports to the EU increased by 21% in 2015 and by 17% in 2014.

The Chinese share of global primary aluminium production grew from around 10% to over 50% in just over a decade.

“State-supported aluminium smelters enable Chinese producers to sell at artificially low prices, to the detriment of EU companies that compete fairly and follow EU rules. The EU must therefore refrain from granting MES until it truly becomes a market economy.”

Evangelos Mytilineos, chairman and managing director of Mytilineos Holdings S.A., agreed with Götz. Mytilineos said that like steel, aluminium is being globally destroyed by Chinese practices.

Mytilineos said that aluminium consistently had high growth in recent years and it is expected to stay in high demand for the next ten years.