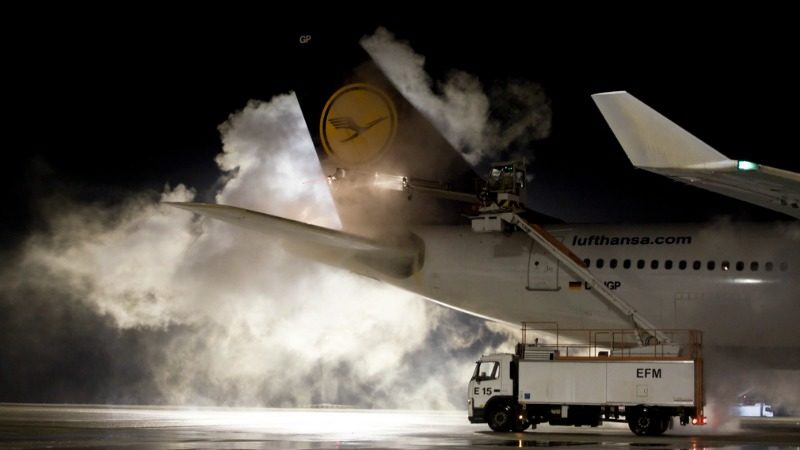 The 191 members of the International Civil Aviation Organisation (ICAO) sealed a deal on Thursday (6 October) aimed at ensuring carbon neutral growth for the booming sector after 2020, calling into question the future of the EU’s existing scheme to reduce airlines emissions.

Air traffic is expected to double by 2035. In order to maintain the same level of CO2 emissions overall, the sector will rely on leaner engines consuming less fuel, re-adjusted air routes and the use of biofuels.

The ICAO General Assembly, held in Montreal, reached a landmark compromise to offset the remaining emissions beyond 2020 levels with projects that contribute to reducing CO2.

Commissioner for Transport, Violeta Bulc, said shortly after the news broke in Canada that she was “very happy” with the adoption of the global market-based measure to offset emissions.

Bulc had initially said she was not “in love” with the agreement, partly because the scheme will be mandatory only after 2027, instead of 2021. Besides, there were no details about the mechanism itself. This task was left to technical groups that will have to design the instrument over the next three years.

Still, the EU Transport Commissioner welcomed that around 65 countries, including all EU member states, China and the US, will join the market-based mechanism as from 2021.

She said the EU “will remain vigilant that it [the GMBM] lives up to our expectations and is well implemented”.

And she underlined that the review to take place every three years (the first one in 2024) will help to keep the political ambition of the deal on track.

Some countries including Russia, India, South Africa, Saudi Arabia, Brazil, Chile or the Philippines will not join the scheme during the voluntary phase (2021-2027).

Environmental organisations warned that the “hard-fought political compromise” reached in Montreal is a “first step”.

They worried about the lack of clear provisions to ensure the transparency of the technical process for finalising the market-based mechanism, the key pillar to limit CO2 growth by 2035.

According to Bulc, the deal on the table will serve to offset 83% of emissions above 2020 levels between 2021 and 2035. Environmental organisations, for their part, put the figure at 75%.

“Work must begin immediately to improve the deal, and Europe must go further with its own, more effective, measures,” said Andrew Murphy, a campaigner at the green NGO Transport and Environment (T&E).

For T&E, the EU should strengthen its own aviation Emission Trading Scheme (ETS), in order to fully achieve carbon neutral growth for the industry.

Future of ETS in question

The aviation ETS was received with scepticism by environmentalists when the scheme was first launched years ago. But they have changed their minds and now defend the scheme as a stronger response to aviation emissions than the offset mechanism negotiated at global level.

The ETS allocates a carbon budget to airlines based on historical emission levels and allows them to trade the surplus on the EU carbon market, providing an incentive to pollute less. Initially intended to cover all flights departing and landing from Europe, the EU decided to “stop the clock” on the scheme in 2012 because of widespread protest from third countries, including China and India, which threatened to boycott the scheme.

Since then, the scheme has applied only to intra-EU flights, to the disappointment of European airlines, which feel penalised against foreign competitors.

For NGOs, the agreement concluded in Montreal is so “weak” that Europe should apply the ETS to all flights again.

On the opposite corner, the largest European airlines want to dismantle the ETS as a whole.

“Following the ICAO agreement, there is now an opportunity to have a fresh look at environmental regulation in the European context and to review existing measures addressing CO2 emissions from aviation”, said Thomas Reynaert, Managing Director of Airlines for Europe (A4E), a trade organisation representing Air France-KLM, British Airways, Iberia, Lufthansa, EasyJet and Ryanair.

Following the ICAO agreement, the Commission now has to make tough decisions about the future of its ETS. One likely option is to permanently exclude third countries from the scheme. But some fear that, by doing so, the executive will also cripple the scheme for intra-European flights.

For now, the Commission is keeping its cards close to the chest.

Bulc could give a hint of her views next Wednesday, when she is expected to appear before the European Parliament’s committee on environment to explain the agreement reached at global level.

She can expect a tense exchange with MEPs, who recently expressed widespread dismay at the tentative ICAO deal.

Bas Eickhout, a Dutch MEP from the Green faction in Parliament, has already stressed that “there is no need to review the ETS system in place”.

Following the exchange of views in Parliament, Bulc will consult with fellow commissioner Miguel Arias Cañete, responsible for climate and energy, on how to proceed with the ETS.

A first proposal is expected by the end of the year.