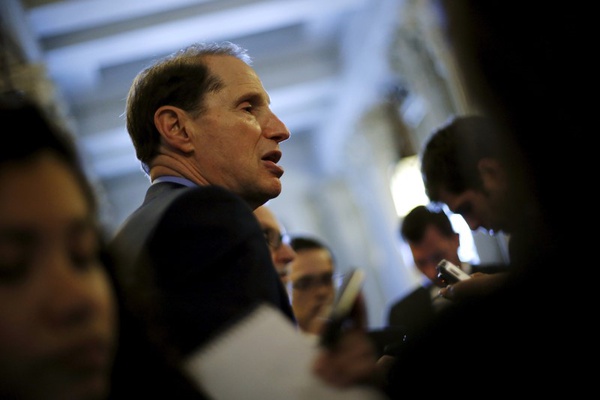 WASHINGTON (Reuters) – The U.S. Senate’s senior Democratic tax law writer says he will rip up a root of corporate tax avoidance if his party wins Senate control in November, targeting trillions of dollars in tax-deferred profits being held abroad by U.S. companies.

In an interview with Reuters, Oregon Senator Ron Wyden said he wants to put an end to a Kennedy-era law that lets U.S. corporations indefinitely hold profits from active business operations offshore without paying U.S. tax on them.

Corporate tax avoidance is under trans-Atlantic assault. The EU has slapped a $14.5 billion back-taxes bill on Apple Inc. Ten days ago, the Obama administration imposed another in a series of recent clamp-downs on tax avoidance.

The idea of ending tax deferral of foreign profits has been kicked around for years. Wyden, 67, is a long-time proponent and might finally be able to do something about it, if voters support enough Senate Democrats in the Nov. 8 elections.

“This is going to be front and center at the beginning of January,” said Wyden, who is the top Democrat on the tax law-writing Senate Finance Committee. The panel and the full Senate are presently controlled by Republicans.

Wyden said his first action, if he becomes chairman, will be to propose a funding package to upgrade U.S. infrastructure. It would require U.S. companies to bring home more than $2 trillion in foreign profits held offshore as part of an international tax reform package.

A previous tax “holiday” for profits held offshore was tried in 2004 but was voluntary, not mandatory. Under that program, $360 billion in foreign profits was “repatriated” at a discounted tax rate of 5.25 percent, far below the statutory corporate income tax rate of 35 percent. Wyden has not specified a rate for his proposal.

Six years later, with corporations pushing for another such holiday, a congressional committee said the 2004 program had little economic impact and cost the U.S. Treasury about $3.3 billion in lost revenue.

The tax reforms Wyden envisions would also lower corporate tax rates and simplify the convoluted U.S. tax code to prevent tax planners from “gaming” the system. The code has not been thoroughly overhauled in 30 years.

Most multinationals and many lawmakers, both Republicans and some Democrats, favor a foreign profit repatriation program, but not like the one Wyden wants.

The United States has a “worldwide” corporate income tax system that taxes profits of U.S. companies no matter where they are made, with some exceptions. One is that earnings from active business operations, as opposed to passive income such as rent or royalties, can be left offshore on a tax-free basis under the Kennedy-era deferral rule. Passive income is taxed.

In contrast, most large countries have “territorial” systems in which companies pay income tax only to the government of the country where the profits were made.

Corporate America has been lobbying for many years for a territorial system that would make deferral obsolete. Wyden and other Democrats want to keep a worldwide system and eliminate deferral, a position singled out for criticism last week by House Speaker Paul Ryan.

“The fear I have is the progressives who kind of control the Democratic Party don’t think anything close to what looks like tax reform is a good thing,” Ryan told the Economic Club of New York. “I hope that view changes.”

But Wyden says the public is unlikely to accept a system under which U.S. corporations do not pay taxes on foreign profits. “At a time when Americans are so angry about jobs being shipped overseas… I don’t think it’s going to go over very well,” he said.

“A competitive rate, no deferral and no gaming, I’m going to argue gets you the benefit of territorial.”

“To Democrats and Republicans, this feels more like the European Commission declaring open season on the American tax base than (them) joining us to fight tax dodgers,” he said.

“I could see members saying the United States should respond with a WTO case,” Wyden added. “There’s that kind of anger.”