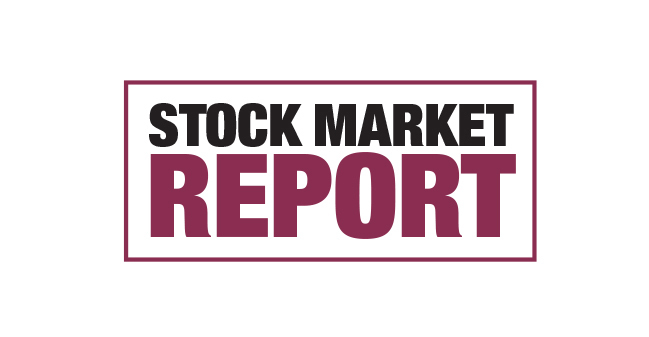 The FTSE 100 finished short of its record close on Tuesday after hitting new mid-session highs, as the pound tumbled on Brexit jitters.

The post-referendum slump in sterling has been a boon for multinational companies listed on the FTSE 100, as many tend to benefit from earnings in currencies that are stronger than the pound.

Sterling took a hit after leaked Government papers laid bare the cost of leaving the EU.

Papers seen by The Times showed that leaving the single market and switching to World Trade Organisation (WTO) rules would cause gross domestic product (GDP) to fall by up to 9.5% and cost the Treasury up to £66 billion per year, compared with if the country remained in the EU.

The FTSE 100’s strong recovery since the Brexit vote has come at the expense of the pound, which is down more than 18% against the US dollar since June 23.

The blue chip index is up more than 12.5% since the referendum.

Jasper Lawler, a market analyst at CMC Markets, said the momentum that led the FTSE 100 to new mid-session highs on Tuesday was never going to last.

“Uncertainty as to whether the lower pound really is a net positive for the UK economy meant the new record was unsustainable. An exchange rate shock is not a very stable basis for record high stock prices.

He added: “The pound has been under sustained pressure so the inevitable relief rally could wipe out recent stock market gains.”

Across Europe, the French Cac 40 and German Dax closed lower, dropping 0.6% and 0.4%, respectively.

In oil markets, Brent crude prices fell from one year highs, slipping 1.2% to 52.24 US dollars per barrel.

Investors seemed to be losing hope that a potential output freeze by Opec members and major producers like Russia could adequately tackle the global supply glut and support prices.

In UK stocks, BP closed 7.7p lower at 486.75p after scrapping a controversial project to drill in the Great Australian Bight, citing a “review and refresh” of the company’s strategy.

Away from the top tier, shares in Ted Baker closed up 115p at 2530p after the fashion chain shrugged off tough high-street trading to post a 20.5% leap in pre-tax profits to £21.5 million for the six months to August 13.