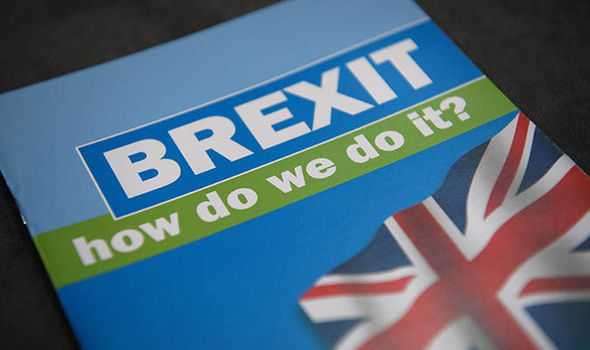 European governments have already indicated that if Mrs May wants a hard Brexit she will get exactly that upon triggering Article 50 next year, with German Chancellor Angela Merkel warning earlier this week that Brexit talks “won’t be easy”.

But now it has been claimed handling the European Union will be an easy feat in comparison to negotiating Britain’s global relationship within the WTO.

While the UK is already one of the WTO’s 164 members, it currently exists within the organisation as a member of the EU, is the world’s largest trading bloc.

When Britain leaves the Union, it’s been widely taken for granted that it will be freeing itself up to set its own trade policy.

However, this freedom is limited by the WTO’s complicated architecture, which Britain will still have to conform to – suggesting Brexit has now become “first and foremost a WTO matter”, according to Daniel Gueguen, head of strategy and lobbying at Pact European Affairs.

Writing on his blog, Gueguen added: “The stakes are so large and the problems so interwoven with each other that the issue, while vital, becomes virtual – almost theoretical. It is like not knowing how to find the end of a ball of wool.

“We are preparing to enter a jungle.”

The complexities exist in that while Britain will not need to reapply for access to the organisation, the nation will be required to obtain the unanimous approval of all other members as to its new “schedule” – the tariffs and subsidies committed to by its farmers, manufacturers and service companies post-Brexit.

Currently this would mean haggling Britain’s terms with 163 other states, but by the time Brexit has been achieved this number could have risen to include new members such as Bosnia, Sudan and Comoros

Maika Oshikawa, the WTO’s head of accession negotiations, said: “The UK is a member in its own right, so it’s not like being kicked out of the WTO.

“This is not a case of applying.

“It’s going to be a unique case and unprecedented. So if anybody is interested in trade, of course it’s an interesting brainstorming exercise.

“I think diplomacy is an important tool in how to approach this.”