Legendary investor Warren Buffet has urged Britain to stay in the EU in the latest transatlantic intervention in the referendum campaign.

The US guru made clear he thought there were many things wrong with the union but argued that leaving would be a ‘backward step’.

The comments came amid reports that Bill Clinton will endorse EU membership during a visit later in the campaign.

The former US president’s appearance is being organised by Tony Blair, according to The Times.

But the latest American intrusions in the campaign will infuriate Brexit supporters, after Barack Obama’s dramatic warning last month that the UK would go to the ‘back of the queue’ for a trade deal with the US. 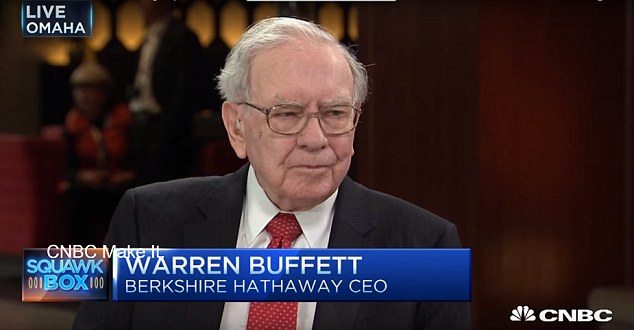 As the battle heats up ahead of the crucial poll on June 23, a former trade chief has said France would seize on the opportunity of a Brexit vote to hammer the City of London and impose protective tariffs

Former Chancellor Alistair Darling is warning that leaving could cost us up to £250 billion a year in lost trade with the EU.

‘The choice is between free trade within the EU’s single market of 500million consumers, or spending years negotiating new trade deals only to leave us in a weaker position than we enjoy today,’ he will say in a speech.

The £250billion figure is based on the controversial dossier produced by the Treasury last month which claimed that total UK trade could fall by up to 24 per cent if Britain leaves the EU and fails to secure a replacement free trade deal.

But Tory MP Liam Fox will use a speech today to hit back at suggestions leaving would harm national security, accusing the EU of has undermining Nato and strengthening Vladimir Putin. 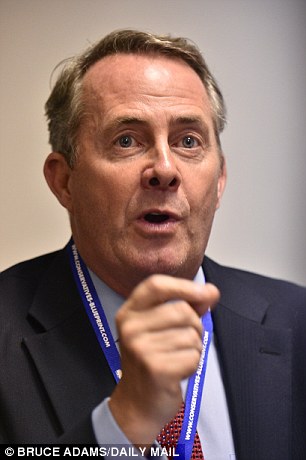 Dr Fox will say: ‘One of the more absurd assertions made by the Remain campaign is that President Putin would be happy to see Britain leave the European Union and that this would increase his appetite for aggression.

‘Am I mistaken or were we not part of the EU when Russia launched a cyber attack on Estonia, invaded Georgia or annexed the Ukraine?

‘Not only do I believe that the behaviour of Putin has been exacerbated by Western appeasement for a number of years but I believe that in subsuming many of the political responsibilities of Nato the EU has weakened, rather than strengthened, that most important of alliances.’

Mr Lamy, a Frenchman who headed the World Trade Organisation between 2005 and 2013, said that the rest of the EU would drive a ‘hard bargain’ in the event of Brexit.

‘EU leaders will fear that anti-Europe parties in their own backyard will get momentum from Brexit, so will want to drive a hard bargain to avoid contagion,’ he wrote in The Times. ‘In a competitive global marketplace, they will seek any advantage they can get.

‘My own country will probably be among the hardest to negotiate with. Imagine how eager French farmers will be not to have your beef or lamb on our supermarket shelves. And no one will show any love for the City of London.

‘If it fails to get a deal, there is a real risk that the UK would have to fall back on WTO rules. Some in the Leave campaign have said this would not be a bad option.

‘As the former head of the WTO, let me be clear: this would be a terrible replacement for access to the EU single market.

‘Though tariffs have fallen, they are still high enough to hurt businesses and therefore jobs: 10 per cent for cars, 12 per cent on clothes, 70 per cent on some beef products.

‘Some claim the UK could strike better trade deals on its own. Let’s be honest, there has not been a major WTO deal in 23 years and the most significant agreements are being negotiated between regional blocs.

‘Any ambitious UK-EU deal will need to be ratified in 27 legislatures as well as the European parliament.

‘How much time will all of this take? My best guess is five to 15 years. In the meantime, British firms will face an uncertain future, and it is very unlikely that the UK would be a more prosperous place at the end of it.’

But Vote Leave spokesman Matthew Elliott said: ‘The underlying belief of the Remain campaigners appears to be that Britain – the world’s fifth largest economy and a nation with a great history of trading across the globe – would be an economic backwater if it wasn’t for Brussels taking control of our trade deals. That’s absurd.’

Mr Buffett made clear he was critical of many aspects of the EU and said he would be ‘surprised’ if it lasts a ‘long time’ in its ‘current form’.

He also said he did not believe the result would make much difference to America or his investments.

But he told CNBC it would be a ‘backward step’ for Britain to leave.

‘I hope they stay in … I think certainly if I was to vote in it I would vote to stay in,’ Mr Buffett said.

‘A major player saying we have tried this for a while, and we want to go it along … it would be a big step backwards.’ 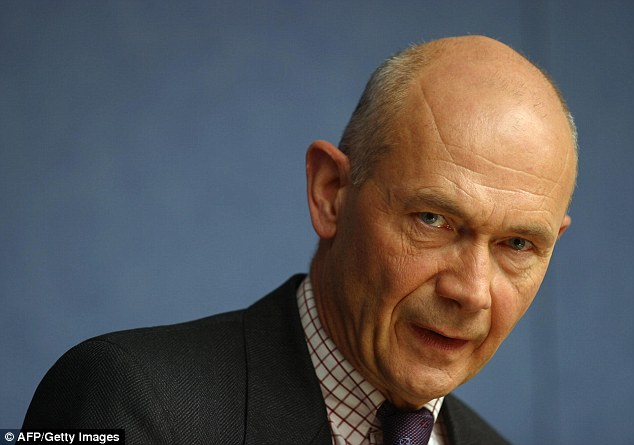