Vicki Owen For The Mail On Sunday

The nation’s farmers are poised to wade into the EU debate tomorrow with a special meeting of the National Farmers Union council set to declare its official position.

The NFU has so far avoided coming down on either side of the debate, but most observers expect the group to favour remaining in the EU.

The critical meeting follows a series of 28 roadshows organised by the union over the past fortnight, and a report, UK Farming’s Relationship With The EU. 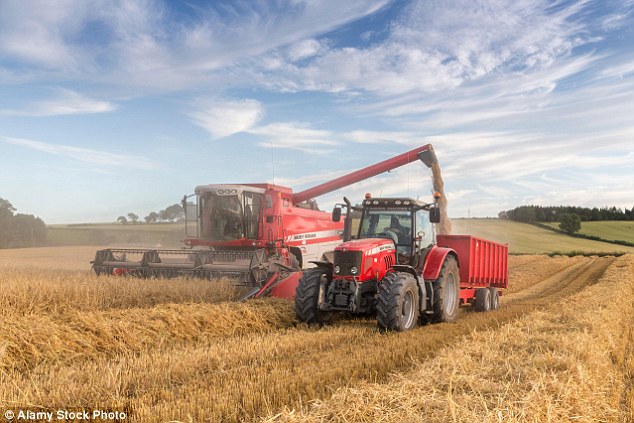 Though not setting out a formal position, the report stated: ‘For some sectors the EU market is critical. Thirty-eight per cent of all lamb produced in the UK goes to Europe. France alone purchased more than £200million worth of UK lamb in 2014.’

The report says the UK is a net importer of agri-food products, totalling £39.6billion in 2014. ‘We import nearly twice as many agri-food products from the other EU countries than we export, however our exports are significant.

In 2014, we exported £12.8billion worth of products. Approximately 73 per cent of our total agri-food exports were destined for other member states.’

The NFU in Scotland and Wales have declared they are in favour of staying in the EU.

But the Country Land and Business Association has stayed neutral. In a letter to it last week, David Cameron said leaving the EU would be a ‘leap in the dark for farmers’.

‘Our farmers have often spent generations building up their businesses; what they do not need is the uncertainty and risk that would come with leaving the EU.’

He added: ‘We know that no existing alternative to EU membership – whether Norway, Switzerland, Canada or the World Trade Organisation – offers full access to the EU single market for farmers.’