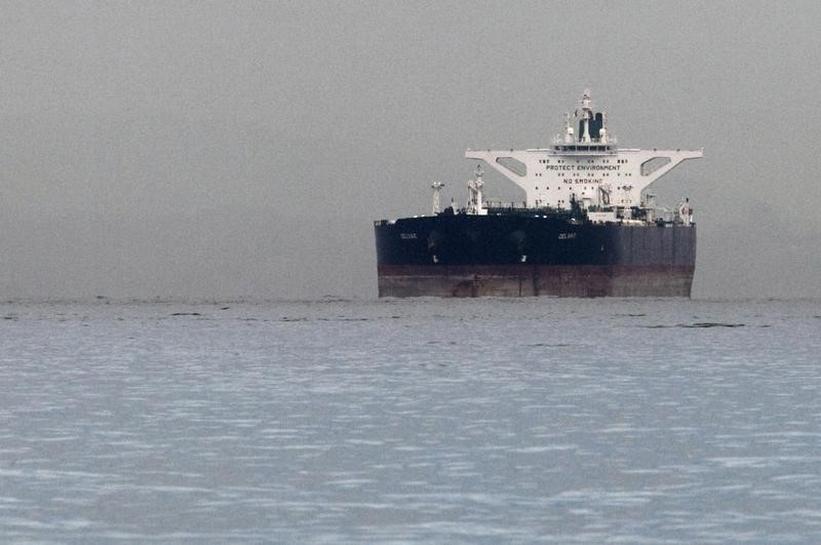 LONDON Iran faces a struggle to increase oil exports because many of its tankers are tied up storing crude, some are not seaworthy, and foreign shipowners remain reluctant to carry its cargoes.

Tehran is seeking to make up for lost trade to Europe following the lifting of EU sanctions imposed in 2011 and 2012, which deprived it of a market that accounted for over a third of its exports and left it relying completely on Asian buyers.

Iran has 55-60 oil tankers in its fleet, a senior Iranian government official told Reuters. He declined to say how many were being used to store unsold cargoes, but industry sources said 25-27 tankers were parked in sea lanes close to terminals including Assaluyeh and Kharg Island for this purpose.

Asked how many tankers were not seaworthy and needed to go to dry docks for refits to meet international shipping standards, the senior official said: “Around 20 large tankers … need to be modernized.”

A further 11 Iranian tankers from the fleet were carrying oil to Asian buyers on Tuesday, according to Reuters shipping data and a source who tracks tanker movements. That was broadly in line with the number consistently committed to Asian runs since sanctions were lifted in January, putting more strain on the remaining available fleet.

This means foreign ships are needed for Iran’s plans for a big export push to Europe and elsewhere, to meet its target of reaching pre-sanctions sales levels this year. But many owners, who are not short of business in a booming tanker market, are unwilling to take Iranian cargoes.

The main reason is that some U.S. restrictions on Tehran remain in place and prohibit any trade in dollars or the involvement of U.S. firms including banks – a major hurdle for the oil and tanker trades, which are priced in dollars.

Eight foreign tankers, carrying a total of around 8 million barrels of oil, have shipped Iranian crude to European destinations since sanctions were lifted in January, according to data from the tanker-tracking source and ship brokers.

That equates to only around 10 days’ worth of sales at the levels of pre-2012, when European buyers were purchasing as much as 800,000 barrels per day (bpd) from the OPEC producer.

So far no Iranian tankers have made deliveries to Europe, according to data from the tanker-tracking source.

‘PLENTY OF OTHER BUSINESS’

Paddy Rodgers, chief executive of leading international oil tanker company Euronav (EUAV.BR), said at present there was “no great urgency to do business in Iran”.

“There is not a premium to do business in Iran and there is plenty of other business – the markets are busy, rates are good. So there is no stress on wanting to do it,” he told Reuters.

“I don’t really want to set up a euro bank account in Dubai in order to trade with Iran – that would crazy.”

Michele White, general counsel with INTERTANKO, an association which represents the majority of the world’s tanker fleet, said: “We have witnessed a reluctance by our members generally to return to Iranian trade given the prohibition on use of the U.S. financial system – essentially no U.S. dollars.”

The senior Iranian government official, who declined to be named due to the sensitivity of the matter, acknowledged his country was finding it difficult to hire foreign tankers.

“We are working on the problems. There are various issues involved, financial, banking and even insurance. It has improved a little bit since the lifting of sanctions but we still face serious problems.”

Asked if this and the need to modernize some of the domestic fleet was holding back exports, he said: “Of course it does.”

The strain on Iran’s fleet is partly because it has struggled to gain access to land storage sites around the world, as sanctions shut it out of the international financial network, making it more reliant on floating storage than many oil-producing rivals including Saudi Arabia.

The problem has been compounded by a global oversupply of oil, and the industry sources estimated Iranian tankers were storing 45-50 million barrels of unsold crude.

Two other sources with other leading oil tanker operators echoed the concerns of Rodgers and White, and said they were not doing Iran deals at the moment.

One of the two sources said with a new U.S. president to take office in January, tanker owners were unsure whether there could be any change to the nuclear deal Washington and other world powers agreed with Iran which led to the end of sanctions.

“It does not appeal to them to take on the risk and the uncertainty of the U.S. connection and future U.S. political policy that would come into play,” said the source, who declined to be named, citing sensitivity over potential Iranian trade.

Gavin Simmonds, of the UK Chamber of Shipping trade association, said of the U.S. presidential timing and the global oil oversupply: “Iran is rejoining the market at the worst possible time.”

Before 2012 Iran exported around 2 million bpd, with more than half going to Asia, mainly China, South Korea, India and Japan. Tehran has been banned from selling oil to the United States for decades.

The tanker industry has cited other problems posed by Iranian business. Ship insurers have plugged a shortfall in cover that had been caused by U.S. reinsurers being restrained by Washington’s sanctions, although tanker owners say it comes with risks and it could also be withdrawn if, for instance, wider sanctions are reimposed.

“Shipping insurance is still a problem. We see many buyers in the market still avoid buying from Iran,” Fereidun Fesharaki, founder of energy consultancy FGE, wrote in a note.

Tanker industry sources also pointed to reports that Iran’s arch rival Saudi Arabia had banned Iranian-flagged ships from entering its waters with. Separate reports indicated Saudi ally Bahrain had imposed a ban on any vessels that visited Iran as one of its last three port calls.

“Any spread of the Bahrain-style ban on foreign ships that have recently called Iran can only fuel this hesitancy for owners who trade in the Middle East region,” said INTERTANKO’s White.