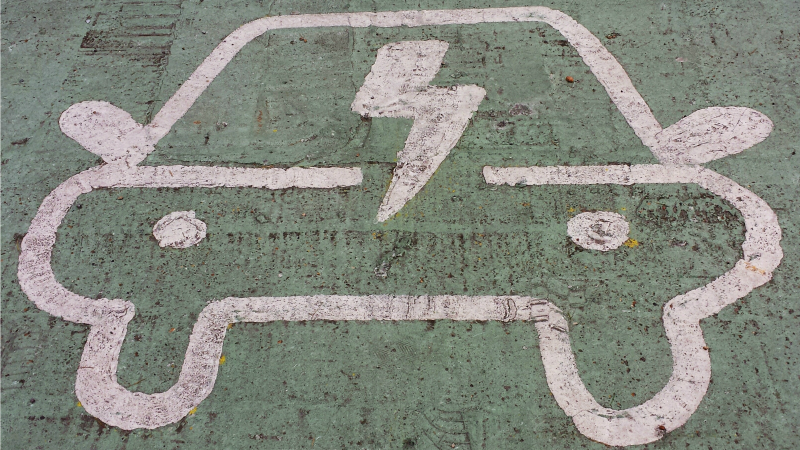 An electricity market revamp could see battery storage go mainstream. But questions remain over who will put the infrastructure in place.

The proposal for a new EU electricity market design that the European Commission is due to unveil on 30 November as part of a Winter Package of Energy Union legislation promises to put consumers in the driving seat.

The goal is to create a market fit for a growing share of power from intermittent renewable sources, chiefly wind and solar. Coinciding with rapid progress in the development of rechargeable batteries and electric vehicles, this could signal a rapid growth in the role storage plays in the power grid of the future.

“At the end of the day, one of the best capacity providers might come from household batteries,” said Hans Ten Berge, secretary-general of Eurelectric, the EU electricity industry association.

“A battery might give you the capacity needed when the sun is out or the wind not blowing,” Ten Berge told EurActiv.com in an interview, saying this could come as an alternative or complement for gas or hydro plants.

“Future systems will be completely in tune with this valuation of capacity,” he said.

DSOs in the limelight

While the Brussels bubble awaits the Commission’s final proposal, one thing already seems certain: the 2,700 firms that have quietly been making sure the power carried through high voltage cables is delivered to customers through local networks are set to be thrust into the limelight.

Distribution Service Operators, or DSOs, are set to act as the interface between newly empowered end users and the (as yet incomplete) EU-wide wholesale electricity market envisaged by the 2009 Third Energy Package.

The European Commission last year promised a “new deal for consumers”. Speaking at an industry event earlier this month, the Commission’s internal energy market director Klaus-Dieter Borchardt said the new design would do away with all forms of price regulation. Consumers will be exposed to price fluctuations, but also empowered to react to them, for example by moderating consumption during peak times and buying kilowatt-hours when demand, and prices, are low.

DSOs will be key to providing the technical infrastructure for this so-called “demand response,” Borchardt said.

One area that looks set for rapid growth on the back of these changes is battery storage, which could enable consumers to buy electricity when it is going cheap, and use it later when peak demand pushes prices up.

Advocates claim batteries offer a solution to the conundrum that has dogged renewables since Europe put in place mandatory deployment targets: what to do with the power that is generated during times of low demand.

The 2030 target of 27% of Europe’s energy consumption being met by renewable sources translates into 46% of all electricity coming from green sources by 2030, according to Commission estimates. Entrepreneurs and established energy firms are looking for ways to capitalise on the possibilities offered by an increasingly decentralised power market.

Distributors themselves may be forced to stand aside as the expected growth market for battery storage takes off. Borchardt told DSOs on 7 November that they should expect to be disappointed over a joint call for permission to own an operate storage facilities. This disappointment was reinforced by the leak the following week of a draft proposal to revise electricity market rules, which held that “distribution system operators shall not be allowed to own, develop, manage or operate energy storage facilities”.

However, the leaked documents showed there would be exceptions in cases where a public tender fails to find an investor, or where DSOs use storage only to ensure secure operation of the grid.

Similar restrictions would apply to DSOs owning electric vehicle recharging facilities, with exemptions again subject to regulatory approval. For Carmen Gimeno, who heads the trade association GEODE, this was “better than expected” in the wake of the Borchardt’s comments.

“Of course we would prefer a general rule allowing us to own storage and not only as an exception,” Gimeno told EurActiv.

No lack of competition

But there may be no shortage of firms hoping for a slice of the growth market for high-performance batteries. They see potential demand driven both by home consumers and by the need for larger scale local storage facilities that could stabilise regional grids by absorbing surplus power and feeding it back in at times of high demand.

One such company is the utility giant E.On, which like its peers across Europe has been struggling to adapt to a new reality where owning a series of huge conventional power plants is no longer a guarantee of long-term profit.

The German firm, which has branched out into domestic batteries and recently won a contract to provide a 10MW storage facility for the UK’s National Grid, does not believe the growth of the battery market is dependent on who is or is not allowed to own storage facilities.

“The market is driven by the need for flexibility, which will not change,” said spokesman Markus Nitschke. “The business models will be different, but not the size of the market,” he said.

“On top of this, it is worthwhile noting most of the applications are expected to be ‘behind the meter’ rather than ‘in front of the meter’ – in other words onsite, decentralised, rather than on the grid,” Nitschke said.

The trade association Eurobat argued in a June report that battery storage should be a “fourth component of the energy system, after generation, transmission and distribution”. The group sees the potential block on DSOs entering the market as a worrying signal. EU affairs officer Francesco Gattiglio told EurActiv that distributors have so far shown the most interest in offering services as “aggregators” and providing large-scale battery back up on the grid.

Whatever form the market ultimately takes, Gattiglio believes batteries will provide the only means to prevent having to curtail output from wind and solar when the grid is oversupplied.

“If we are serious about growing renewables in the energy mix, battery storage is the only way to prevent a lot of curtailment, which is energy wasted,” he said, adding that the technology is already there, or developing fast. For Gattiglio, there is also a lot of potential for decentralised storage in the form of batteries in households, and even electric vehicles connected to the grid when recharging.

“The schoolbooks say the main problem with electricity is that it cannot be stored. This is no longer the case,” Gattiglio said.

Europe’s distribution service operators will soon know what role the Commission wants to allow them in this new market environment. Gimeno sees a need for DSOs to participate in rolling out the infrastructure for electric vehicle charging, arguing that cooperation between authorities and market players might be necessary until a “critical mass” is deployed and the market become self-sustaining.

“In this regard, it might be an option that DSOs are allowed to invest, own and operate charging stations to overcome this obstacle,” Gimeno said.

Another thing is certain: the legislative process will not end on 30 November, when the EU executive intends to publish its Winter Package. That will only be a prelude to months or even years of negotiations between member states and the European Parliament before the full legislation is finally in place.

Borchardt also confirmed that the Commission wants to set up a new EU body comprised of experts from the DSOs themselves, tasked with producing the first draft of “secondary legislation”. This would set out the nuts and bolts of how the newly flexible and demand-responsive electricity market will be operated and regulated.

A similar body made up of transmission system operators (TSOs) was called into being by the 2009 energy market legislation. The “network codes” that governing the functioning of Europe’s wholesale power market are only now nearing completion.