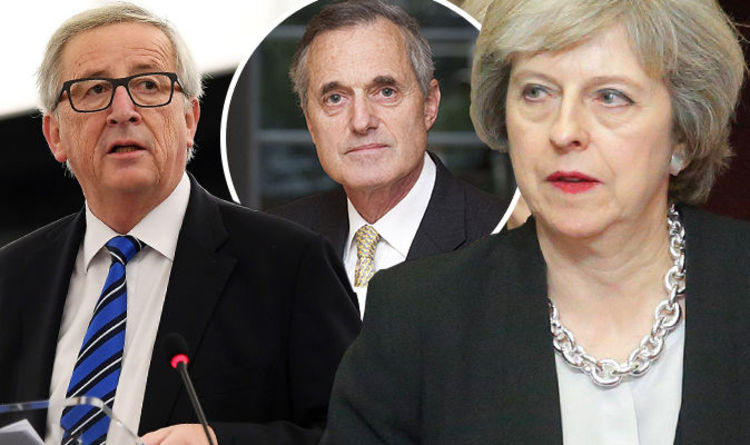 Sir Andrew Cahn, ex-chief executive of UK Trade and Investment (UKTI), expressed doubts about Britain being allowed to keep sectors like car manufacturing in the customs union after leaving the EU, while pulling others out.

He spoke after International Trade Secretary Liam Fox, whose department replaced UKTI this year, signaled that the UK could remain a partial member of the customs union in a similar arrangement to Turkey.

Sir Andrew, who is also a former adviser to Lord Cockfield, the Conservative European commissioner who created the single market in the 1980s, was asked what he had made of the EU’s tactics so far with the UK.

He told BBC Radio 4’s Today programme: “The EU side is doing exactly what I expect them to do.

“They are taking a tough line, they are making the best of their negotiating position as we would.”

Sir Andrew said the EU was “throwing around” suggestions the UK could pay as much as £60billion in exit fees as an attempt to exert pressure on Britain.

“When we do sign up then they will say ‘we can’t talk to you about a free trade deal until you have left’ because that is what the treaties say.”

He continued: “What they are doing is they are pushing Britain closer and closer to the cliff.

“As we get to the cliff in the EU’s classic way there will be an all-night session, the clock will be stopped and it will be taken away from the nerds like me and given to the politicians to sort it [the Brexit deal].”

The former trade chief, who now serves as a director at Japanese investment bank Nomura, said the crucial details of the deal will ultimately be thrashed out by Theresa May and Angela Merkel.

He also warned the UK it would not be allowed to select certain industries it would like to continue enjoying no-tariff trade in post-Brexit.

Remaining a full member of the customs union means the UK would have to keep the same international tariffs as the European Union, which would severely hamper ministers’ ability to cut free trade deals after Brexit.

It would also mean abiding by European Court of Justice rulings in relation to trade rules, which Prime Minister Theresa May has apparently ruled out.

He said: “Turkey does exclude agriculture and services, which of course is huge, and procurement.

“Agriculture often is a special case in trade agreements, that’s not surprising.

“What I think is more difficult to contemplate is the idea that you have cars inside but some sort of widgets outside.

“Would that be legal under the WTO (World Trade Organisation), I doubt, even if we got away with it I don’t think the EU side would be prepared to do it – why would they allow us to cherry-pick?”

Dr Fox insisted on the Andrew Marr show on Sunday that Britain could retain partial membership of the customs union after leaving the EU.

He said Brexit was not like a “boiled egg” and there were more options than going for either a hard or soft withdrawal from the EU.