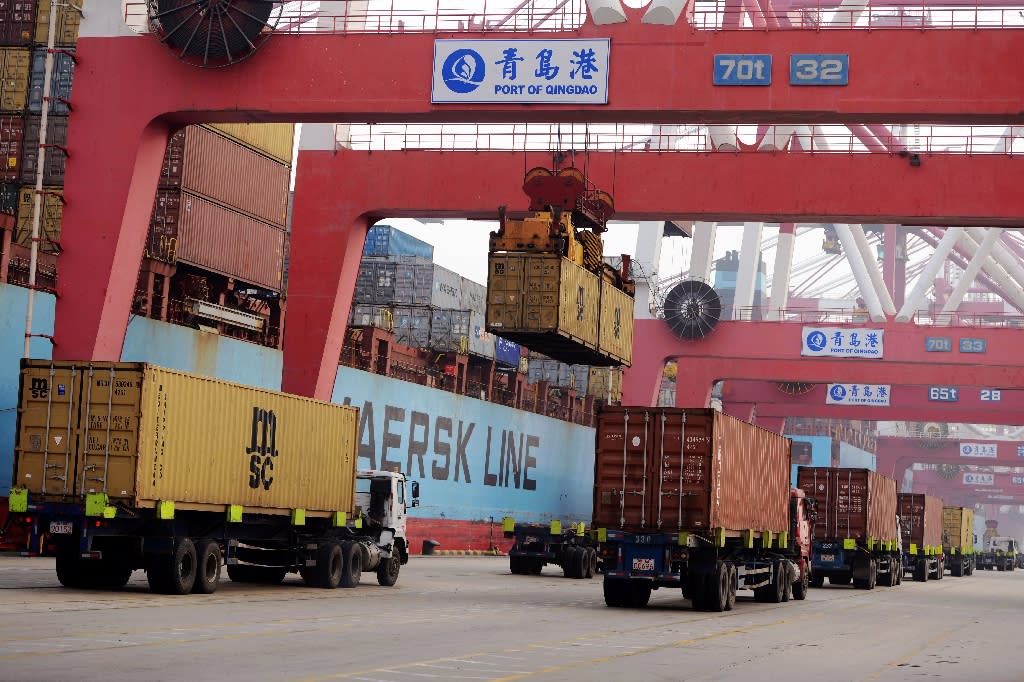 Brussels (AFP) – The European Union on Tuesday followed the United States to launch a new legal challenge at the World Trade Organization over duties and quotas China imposes on its raw materials exports.

The EU said China is violating WTO rules with restrictions on exports of key materials such as graphite, cobalt, chromium and magnesia which help Chinese industry at the expense of European companies and consumers.

“We cannot sit on our hands seeing our producers and consumers being hit by unfair trading practices,” the EU’s top trade official Cecilia Malmstroem said in a statement.

The EU launched similar successful actions against China in 2012 and 2014 over rare earths and raw materials like bauxite, zinc and coke.

“The past two WTO rulings on Chinese export restrictions have been crystal clear — these measures are against international trade rules,” Malmstroem said.

“As we do not see China advancing to remove them all, we must take legal action,” she added.

In filing a similar action last week before the WTO, the US government said that when China joined the WTO in 2001, it agreed to eliminate such export duties but had failed to follow through on the commitment.

The US said Tuesday it had expanded its complaint to include all the same materials covered in the European action.

These raw materials are essential for a broad range of industry, from aerospace and car manufacturing to electronics and chemicals.

In Washington, the US trade representative’s office said China’s export duties ranged from five to 20 percent, raising prices for overseas buyers while Chinese companies paid much less and had more secure supplies.

In addition, the export duties put pressure on non-Chinese manufacturers to shift production, technologies and jobs to China, it said.

“The restraints we challenged last week, along with the ones we have included today, are part and parcel of the same troubling policy -– one that provides advantages for China in important manufacturing sectors at the expense of the rest of the world,” US Trade Representative Michael Froman said in a statement Tuesday.

As with the US challenge, the EU action launches formal consultations with China as a first step to settle the dispute.

If the two sides fail to reach a settlement in 60 days, the EU may decide to ask the WTO to establish a panel to determine whether China’s measures are compatible with the Geneva-based body’s rules.

The European Commission, the executive arm of the 28-nation EU, is due Wednesday to review trade links with China ahead of a December deadline whereby, under the terms of its WTO accession, the country should be regarded as a normal market economy, not one where the state plays a central role.