With the EU referendum vote fast approaching on 23 June, there has been a deluge of claims and counterclaims about the benefits and disadvantages of European Union membership. The impact on jobs, the economy and sovereignty are all cited by those who back Brexit and those backing the Remain campaign.

There is no shortage of statistics. Here IBTimes UK runs the rule over three key assertions made by both sides of the debate.

Even so, George Osborne has not picked the most pessimistic figure, according to The London School of Economics which says GDP could be as much as 9.5% less in 2030, while Oxford Economics cited an annual loss of 3.9%. Leave campaigners argue that whatever happens, the UK will just have to try harder to attract more trade in other parts of the world.

There are three million jobs linked to EU trade, according to the National Institute of Economic Research, but this often-cited historic figure dates back to 2004. The thinktank TheCityUK says Brexit would pose a big risk to the financial services sector. It says London’s status as Europe’s premier financial hub would suffer if it was outside the EU internal market. KPMG also sounded the alarm that the UK’s large car industry, mostly foreign-owned, would be hurt as manufacturers moved to lower-cost EU countries.

The right-leaning Institute for Economic Affairs says the British economy is dynamic enough to increase trade by other means, outside the EU. It argues that the three million jobs purportedly linked to EU trade, would not all go in a flash if Britain left the EU.

3) The UK would have to strike dozens of new trade deals which could take years says the Treasury. 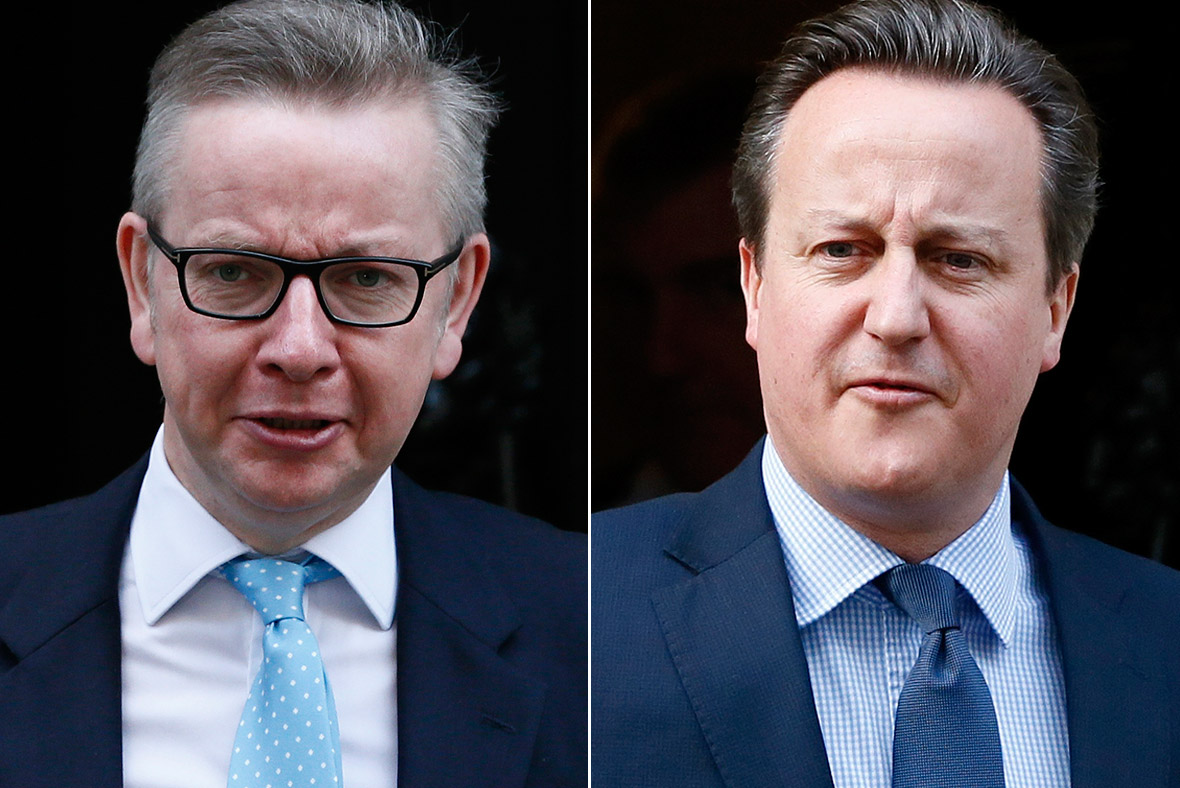 Opposite sides of the EU referendum campaign, Michael Gove and David CameronReuters

The Treasury says the UK would have to renegotiate trade deals with more than 50 countries, a process that could hurt British business. The EU is currently aiming for a free trade deal with the US, the controversial Transatlantic Trade and Investment Partnership (TTIP) and it has just struck a deal with Canada. These deals will be off the table for Britain, say the Remain campaign. The pro-EU Centre for European Reform says that it is a mistake to think that Britain would attract foreign investment if it was no longer part of the single market.

But ex-chancellor Nigel Lawson, a key Brexiteer, says trade relations would remain unchanged, as the UK is a founding World Trade Organisation member. As such, it can expect full access to the markets of other members. However the EU is a WTO member too, meaning that the UK will have to renegotiate current trade deals, but only with non-EU countries. The Vote Leave campaign says the Government would have “informal talks” with EU leaders to get a new free trade relationship with the bloc quickly and smoothly before exit.

1) Britain sends £50m a day to Brussels just to be a member, this should be spent here.

The UK makes a daily contribution of £50m or an annual contribution of £18bn. However thanks to Margaret Thatcher’s handbagging of EU leaders in the 1980s, the UK does get a annual rebate of around £5bn. Plus, the UK gets a further £4.5bn in farming subsidies and regional development funds which, when all added up, means that the exchequer’s daily contribution is closer to £24m a day, the UK Treasury says. But the Institute for Fiscal Studies says this is even lower, as British universities and businesses benefit from EU grants too.

While not exactly loose change, most experts would say that this figure is a very small figure compared with the billions of pounds of impact on trade, either positive or negative, that Brexit would have.

2) Britain can take back control of its borders

Brexiteers say immigration policy is set by Brussels and the EU’s founding principle of free movement of people means serious criminals have entered the UK.

However the UK is not part of Schengen area, which has effectively abolished passport and border controls for EU citizen, meaning Britain does check EU passports. The UK does have control over who from outside the EU it can let in and also, European law means Britain can refuse people entry. Brexit could mean less co-operation among EU states, a concern when it comes to tackling terrorism, important in the wake of murderous attacks recently in Brussels and Paris.

3) Britain can take back control of its sovereignty

At the heart of the Vote Leave campaign is that Britain can take back sovereignty it has gradually lost to Brussels since it joined the club in 1973. The European Commission president Jean-Claude Juncker admitted that European legislation had taken precedence over national laws too often, while Michael Gove said leaving the EU would lead to a “democratic liberation of a whole continent.

Gove says that the UK could still trade with the EU, be freed from red tape from Brussels and that the European Court of Justice would no longer have jurisdiction over British affairs. The Leave campaign also insists that the UK would still play a key role in NATO and the UN Security Council.

However, the Remain campaigners doubt whether Britain could still sit at the top table, and it would lose influence in Europe as well as in dealing with the United States.