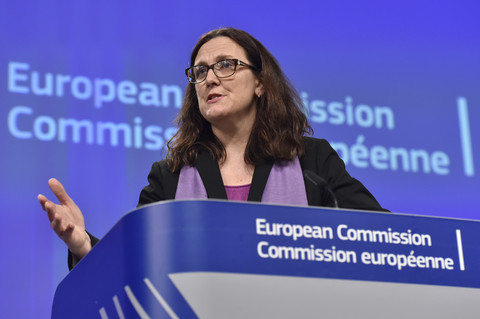 The world is reeling from the result of the US elections. Following hot on the heels of the UK referendum to leave the EU and the near-death experience of the EU’s trade deal with Canada, Donald Trump’s march to the White House may bode ill for free traders.

The transatlantic and transpacific trade deals are on the rocks. All the more reason therefore to celebrate a small but significant announcement last week from the European Commission, which offers an opening to more free and balanced trade with China.

The proposal is, on the face of it, a protectionist move. Faced with a one-month World Trade Organisation (WTO) deadline to take China off its list of “non-market economy countries”, the EU is looking for the legal means to protect industries that fear annihilation when confronted with Chinese competition – also known as dumping.

Especially in the current highly politicised trade environment, it is however critical for the EU to have the means to safeguard its legitimate interests and defend jobs in industrial sectors hard-hit by globalisation.

Only this can buy the EU the freedom to continue to drive an ambitious international trade agenda. Putting China on the same footing as other major trade partners is the first step towards delivering the growth and jobs that are a crucial part of the solution to Europe’s woes.

Currently, trade with China accounts for roughly €600 billion per annum – or well over €1 billion a day. This relationship underpins millions of European jobs (of which 3 million depend directly on exports alone to China) and our quality of life. Consider for example that 90% of the world’s PCs, 70% of its mobile phones, 60% of its shoes and close to half of its ships are made in China (including by European companies, which have €130 billion invested in China).

A CEPS study commissioned by the Foreign Trade Association estimates that a bilateral free trade agreement could add 0.76% – or €83 billion – to EU GDP by 2030 and support more than 2.5 million jobs.

A bilateral investment treaty, already being negotiated, will give EU investors legal certainty and much greater access to the lucrative Chinese market and promote increased Chinese investment in Europe. With the OECD estimating that just 10 Asian countries will make up 60% of world GDP by 2050 – and China alone accounting for half of that – it is clear that investment in China will be critical for EU growth over the coming decades.

With the US under president Trump likely to reverse its “pivot to Asia”, the potential for the EU is all the greater.

To realise this potential, Europe needs to come to terms with China’s rise and see opportunity where it has often been too inclined to focus on risk. The commission’s proposal clears the way for the EU to abide by its WTO obligations and avoid a trade war which would be dangerously counterproductive for Europe.

At the same time gives the EU the tools to ensure trade remains fair. EU member states and parliament should embrace the compromise and aggressively make the case for its benefits with the industrial trade unions – as well as for the broader potential offered by freer and fairer trade with China.