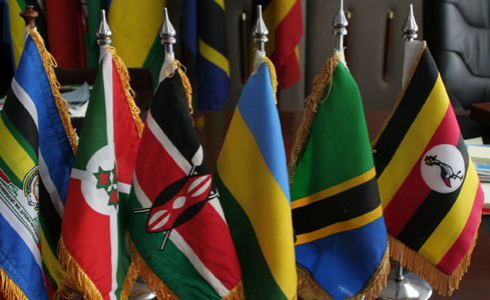 Britons’ pull out of European Union has been extensively covered all over the world, more so, in East Africa, a region whose three founder members Britain colonised, and four of its member countries are affiliated to the Commonwealth.

While the leave campaigners in the UK’s referendum accused the “remain” camp of overplaying the repercussions of BREXIT, media houses in the EA region, confined their reports on the engines of globalisation-finance, technology trade, treaties, education, travelling and staying in the UK, underplaying as to why the British want to retain their say as a nation.

At the centre of the referendum was mounting pressure within Conservative MPs and in the UK Independence Party (UKIP) who have been arguing that Britain has lost its say as a nation since 1975, when it voted to stay in the EU in a prior referendum.

“The EU has changed a lot since then, gaining control over our daily lives,” the British MPs kept on hammering the message in the Assembly, prompting the out gone Prime Minister David Cameroon to say: “It is time for the Britons to have their say.”

Mr Cameroon had promised to conduct a referendum over EU membership, he walked his talk and went a step ahead, to commit a political suicide, by resigning over the results – when England voted strongly for BREXIT, defeating his “remain” campaign.

The BREXIT episode sends several clear messages to our region; that, even most powerful countries such as Britain, would not close their eyes when their sovereignty is being encroached through regional groupings and other affiliations and that good leaders should adhere to political principles they believe, conquering temptations to remain in power.

Lastly, is an underlying conflict between ‘Realists’ and ‘Liberals’ globalisations’ accounts. One of fallacies in international relations is that nations are supposed to have ‘equal- sovereignty’ powers, irrespective of their economic and military capabilities.

However, the interaction between small and weak nations and super powers and emerging economies, on the other side, defies the principle of equity- sovereignty.

Though no reference is made to a historical massprotest against IMF in Tanzania almost two decades prior to the widely-known Battle for Seattle of anti-globalists in November 1999, the fact is that the cradle of protest against encroachment of sovereignty started in Tanzania, 34 years ago.

The first Tanzanian President, the late Mwalimu Julius Nyerere, in 1980s refused to sign-in harsh conditions imposed by IMF and loudly cried, “Since when, IMF is an International Monetary Police?” During the cold war in 1970s, Tanzania became a Frontline-State, coordinating liberation struggles in Southern African countries by then under foreign domination; South Africa, Mozambique, Angola, Zimbabwe and Namibia through military training and logistical support from the then rival Eastern Bloc countries of former USSR, East Germany, Cuba, Czechoslovakia, China, Hungary and North Korea.

Apparently, the role played by Tanzania as a Frontline state and its increasing political influence in various international forums, is reported to have irked countries in the other side of the Cold War. In 1970s Tanzania had about 50 foreign donors, rendering support to the EA country.

The country made significant progress in social services; free education, free health services, life expectancy, with mortality rate of under- five falling as 90 percent of school age children were by then schooling.

However, in 1982, IMF came with a mission to change the Tanzanian statecontrolled economy, by making a sharp devaluation of a Shilling ( The British declined to replace a Pound with Euros), privatisation of state industries, liberation of import and exports and reduction of civil servants.

Tanzania demonstrators who took to streets to protest against IMF conditionalities, marked a precedence of ordinary folks in a developing country, defending their sovereignty against globalising corporate.

In actual fact, the unpublicised demonstrations, took place almost two decades before the World Trade Organisations (WTO) protests in Seattle, which ushered-in, a series of protests against ‘unaccountable and undemocratic’ corporate organisations, in Washington, Lima, Prague and elsewhere.

Writing on global political economy, British author: Michael Nicholson, says; unlike the general process of globalisation, this aspect of the reduction of sovereignty was designed, and the IMF is an institution created explicitly with balance of payments as its primary task.

It is intended to reduce sovereignty and it is inappropriate to criticise IMF for doing this”. The Breton Wood Institutions and WTO belong to a myriad of many other international organisations and legal instruments, which in depriving-off, the sovereignty rights of most of Third World states, are termed by a British writer; Mr John Pliger, the ‘The new rulers of the World.

‘ In the very manner, Mr Cameroon has stepped down from Down Street in London, the late Nyerere, decided to quit the Tanzanian presidency, leaving his successor to sign a contentious pact with IMF.

Mr Cameroon and the late Julius Nyerere share one thing; principled leaders, who couldn’t afford to continue staying in the office while their countries had taken a different path all together.

BREXIT is ringing alarm bells that the current form of globalisation, is characterised by divergence rather than convergence- as witnessed by other countries within EU with burning desire to pullout of EU in the aftermath of BREXIT. Lastly, BREXIT has become a litmus test for twoconflicting theoretical perspectives of globalisation.

While “Realists” assert that states retain sovereignty under a globalised setting, the “Liberals” account, negates the view, claiming states are no longer as central actors as they once were prior to globalisation.

BREXIT has tested the liberals and proved them right, as the walk-out from EU has been triggered -off by British public desire to retain sovereignty in the context of the current form of globalisation.

It’s against that background that the regional groupings of fragile economies, will also fall prey to an emerging divergence trend of states. Already, in the aftermath of BREXIT, Tanzania and Uganda have seized the opportunity not to sign-in the EPA-EU agreement under the aegis of EAC on the pretext that the post- BREXIT situation was still unclear.

Joseph Kithama is a seasoned journalist, TV commentator and analyst.