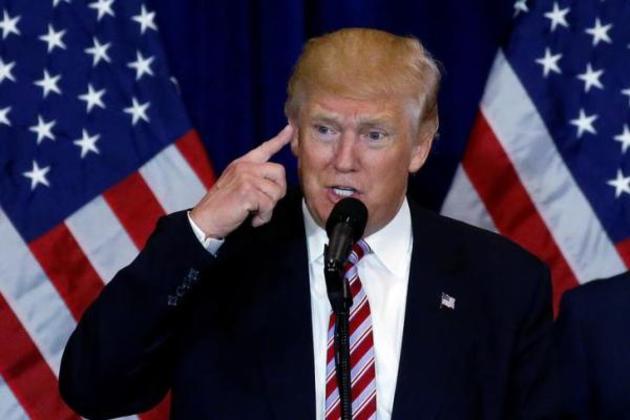 Washington, July 24 (ANI): Republican Party’s presidential nominee Donald Trump has claimed that the European Union was created to beat the U.S. in terms of making money.

In an interview with NBC News, Trump while commenting on the EU said, “The reason that it got together was like a consortium so that it could compete with the United States.”

The EU was founded in 1952 in an effort to promote strong cross-border ties in Europe and avoid future wars.

Since then it has evolved to a customs union and eventually to the transnational entity devoted to removing internal trade barriers, building a common market and a fiscal union, reports the Guardian.

The New York billionaire’s anti-European statements come after he repeatedly praised Brexit, the vote by the United Kingdom to leave the European Union.

Trump defended his recent remarks on Nato, saying the countries in the organization need to pay more to the U.S. so that Washington meets its treaty obligations of mutual defense.

He also called both the World Trade Organization and Nafta “disasters”.

On his call to ban the people in the U.S. from any nation that has been compromised by terrorism, he said that it was an expansion on his infamous Muslim ban of December 2015.

“I actually don’t think it’s a rollback. In fact, you could say it’s an expansion. I’m looking now at territory. People were so upset when I used the word Muslim. Oh, you can’t use the word Muslim. Remember this. And I’m okay with that, because I’m talking territory instead of Muslim,” he added.

He said that he would do it by funding a super Political Action Committee (PAC) in the 2018 cycle to help defeat their respective attempts to win the gubernatorial election in Ohio and U.S. Senate election in Texas. (ANI)