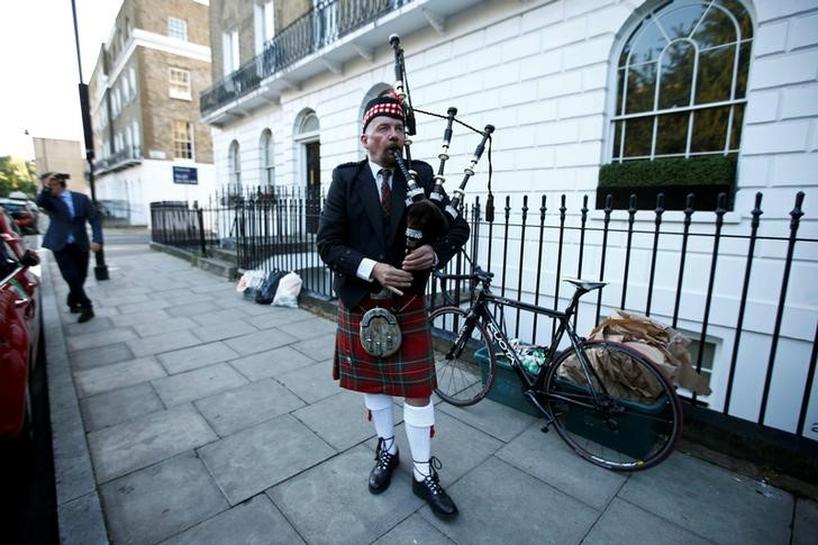 EDINBURGH Leaving the European Union will sap Scotland’s economy by between 1.7 billion and 11.2 billion pounds ($14.76 billion) by 2030, depending on which new trade relationship Britain chooses, the Scottish government said on Tuesday.

Its estimate was based on studies by economic thinktanks and Britain’s finance ministry looking at the different trade agreements potentially selected by Britain after its vote to leave the EU, as well as the uncertainty facing the economy until its choice is clear.

Scotland’s government has vowed to seek ways to keep its EU membership, even though Britain as a whole voted to leave the EU two months ago. Scotland — one of the four constituent nations of the United Kingdom — voted to remain by 62 to 38 percent.

The Scottish government summarised the potential impact on the economy of Britain’s different trade options — joining the European Economic Area, seeking a Free Trade Agreement or a World Trade Organisation membership — as estimated by different thinktanks.

Researchers from the University of Strathclyde’s Fraser of Allander Institute have revised down their forecasts for Scottish gross domestic product growth in 2017 to 0.5 percent from 1.9 percent after the referendum result, factoring in economic uncertainty and depleted consumer confidence.

Scotland’s exports to the EU were almost 12 billion pounds in 2014, or 42 percent of all the goods it sends abroad.

But economists expect rising inflation from a weak pound — which shed more than one tenth of its value against the euro — and worsening business confidence will begin to take their toll on the economy in the coming months.

First Minister Nicola Sturgeon is not ruling out another Scottish independence referendum as part of its efforts to keep Scotland in the EU, although independence was not mentioned in its summary of the risks to the Scottish economy of the EU vote.

Sturgeon has been trying to drum up support for Scotland to stay in the EU even as Britain leaves, and has been on a diplomatic offensive to raise Scotland’s profile.

EU over the longer term,” the report said.