Deutsche Bank to Cast Shadow Over Finance Meeting in Washington 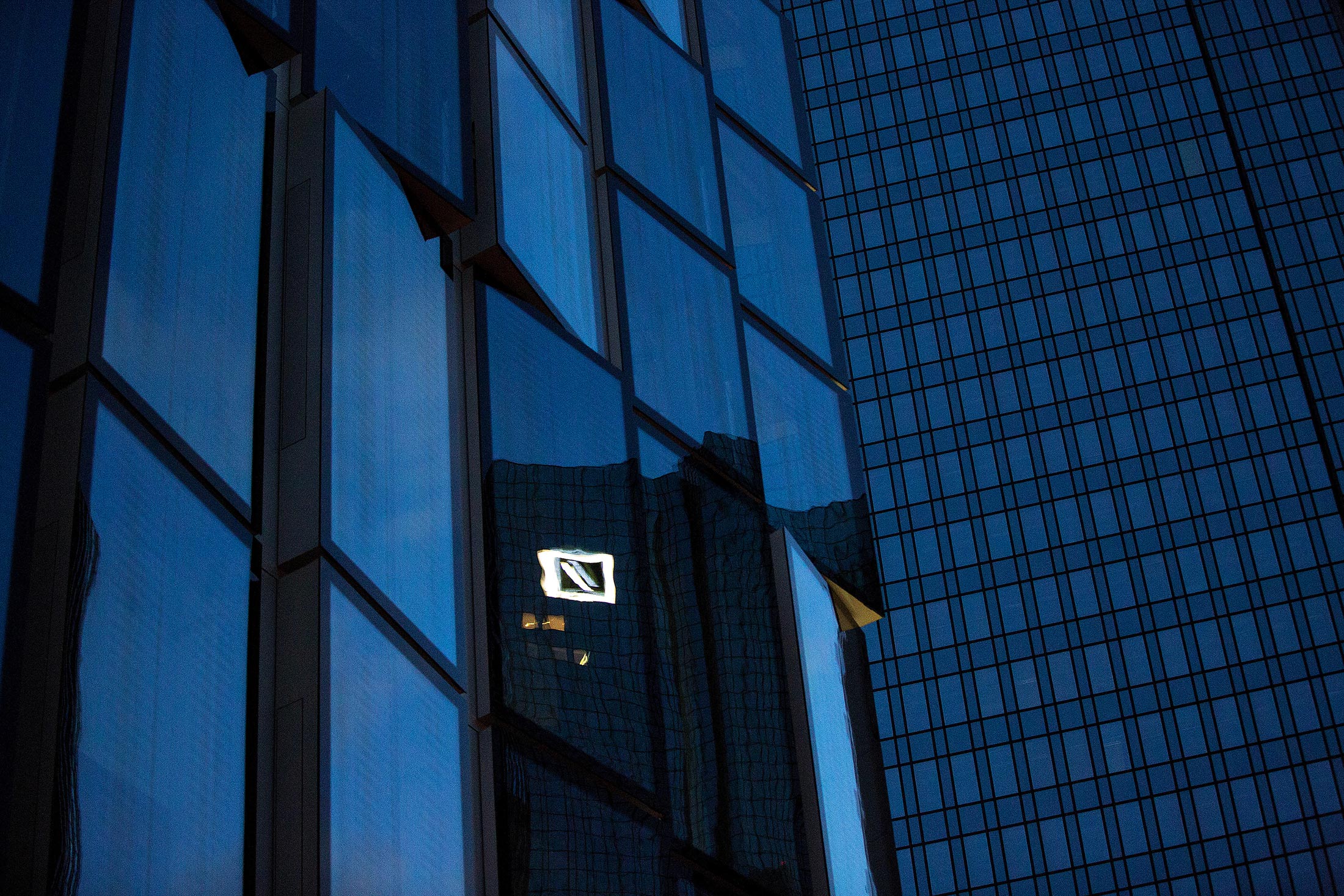 When 1,600 finance executives from around the world gather in Washington this week to rub shoulders with central bankers and policy makers, the unofficial agenda will be dominated by one subject: Deutsche Bank AG.

The Institute of International Finance’s annual meeting, which starts Thursday, features no Deutsche Bank executives on a program that’s focused on broad topics like Brexit, regulations and monetary policy. But three weeks after the firm said it rejected a $14 billion request from the U.S. Justice Department to settle a mortgage-backed securities probe, it will be topic No. 1 as doubts about the German bank’s ability to withstand legal costs buffet global markets.

Other banks’ share prices have been gyrating as investors react to the possibility that the penalties for Deutsche Bank could be bigger, or smaller, than early estimates. The International Monetary Fund, which is also meeting in Washington this week, said in June that the Frankfurt-based company is now contributing the highest systemic risk to global finance, based on the correlation of other financial institutions’ stock and bond prices to those of the German lender.

“The penalties banks face are enormous and shocking, so naturally they become the center of attention,” said Ersin Ozince, chairman of Turkey’s Turkiye Is Bankasi AS, who’s been attending the IIF’s annual meetings for three decades. “But the more pertinent issue for banking, especially in advanced economies, is the lack of economic growth. That undermines the sustainability of the banking sector.”

Even a global economic recovery wouldn’t be enough to solve the financial problems of a quarter of banks in the developed world, the IMF said Wednesday in its semi-annual financial-stability report.

Costs tied to bad behavior are one reason why. Financial institutions have already paid more than $219 billion in fines and penalties since 2009, according to Keefe, Bruyette & Woods.

Deutsche Bank Chief Executive Officer John Cryan is trying to limit his firm’s contribution to that growing figure in negotiations with the Justice Department, whose main building is a five-minute walk down Pennsylvania Avenue from the IIF meeting. The bank wouldn’t say whether Cryan will join those talks or attend the IIF’s board meeting. His low profile contrasts with that of his predecessor, Josef Ackermann, the former Deutsche Bank CEO who was also the trade association’s chairman from 2006 to 2012.

It’s no coincidence that IIF and IMF meetings take place in the same city at the same time. The IIF was founded in 1983 as a bankers’ group to coordinate efforts with the IMF to react to and contain fallout from countries running into financial trouble. It was established as the Mexican debt crisis started spreading to the rest of Latin America. European and U.S. banks, the major creditors to those countries, wanted to be at the table as their governments discussed debt relief for emerging economies.

In the 1990s, the IIF expanded its scope to focus on regulatory matters as the first global capital standards were being formulated by the Basel Committee on Banking Supervision. While national trade groups focused on laws and regulations affecting banks through their lobbying efforts, the IIF was the first international organization to coordinate banks’ efforts to influence Basel rules. That role became even more central after the 2008 crisis, when the Basel committee came under public and political pressure to toughen global standards.

The group came full circle when it took a seat at the debt negotiations between Greece and its creditors in 2012. Deutsche Bank, HSBC Holdings Plc, BNP Paribas SA and other members of the IIF were holding Greek government debt. Charles Dallara, a former U.S. Treasury official, represented the banking industry in the talks. He left the IIF a few months after the conclusion of the debt-reduction deal, ending his two decades of serving as the managing director.

Timothy Adams, the IIF’s president since 2013, has added financial technology as an additional focus for the group as the industry explores new business models. Over the years, the IIF’s membership has also expanded to include non-bank financial firms. First insurance companies joined, then hedge funds and now fintech firms.

“The representation has moved outside of banking more and more in recent years,” said Isbank’s Ozince. “But that’s probably for the good since the industry is moving in that direction.”

In past years, the IIF has provided a forum for banks to make a case against what they viewed as excessive regulation and other threats to the industry. Goldman Sachs Group Inc. President Gary Cohn told attendees at last year’s session in Lima that regulations designed to boost banks’ capital were hampering their ability to help small businesses.

Dimon told the 2014 gathering in Washington that European economic growth was vital for a world recovery.