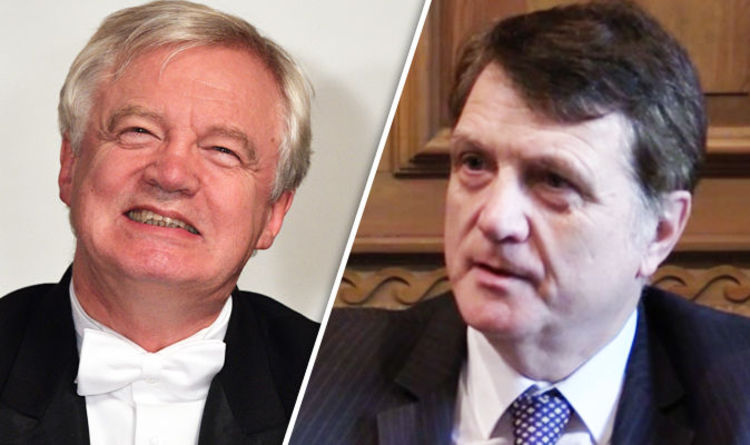 MEP Gerard Batten insisted the UK is a major economic player and a “major trading nation” before calling the idea of paying to have access to the single market “absurd”.

Last week Mr Davis told MPs the Government could consider paying into the EU budget in return for the “best possible access for goods and services” after Britain leaves the EU.

Mr Batten told Express.co.uk: “He’s only just started and he’s already throwing a wobbly. I thought David Davis was supposed to be this tough guy.

“I don’t think people appreciate the strong position Britain’s in. It is the sixth biggest economy in the world, it’s a major trading nation.

“We should be telling them [the EU] the terms on which we are leaving – not asking them and kind of conceding we might have to pay them money.

“This is absurd – no other nation pays them money in order to have access to the single market.”

The London MEP, who has been appointed Ukip’s Brexit spokesman, issued an urgent call for the Government to clarify the issue of post-Brexit trading.

He said: “If I was the Prime Minister, I would be saying now to the European Union ‘okay, this whole trade thing needs to be settled fairly  quickly – do you want continued tariff-free trade with the UK or do you want World Trade Organisation (WTO) rules with the common external tariff applied on some things? The choice is yours’.”

Mr Batten believes European businesses will push their governments to drop tariffs even if the UK fails to have a trade deal in place when Britain leaves.

“If they did the latter and applied common external tariffs, then of course that would impact on their trade far more than it would on ours,” he said.

“And my guess is that the German carmakers and the French champagne makers and all the rest of them are going to say to their governments ‘we really don’t want a common external tariff with the UK so let’s continue with tariff-free trade’.”

The politician insisted “profitable trade” remained outside of the EU and predicted positive future trading with the US with the election of Donald Trump.

He said: “We are in a very, very strong negotiating position and we’re not in a weak position at all.

“They [the EU] trade with us far more than we trade with them. Our profitable trade is with countries like America, the English-speaking world, India and of course we’re now going to get a boost only to the fact that

“Our profitable trade is with countries like America, the English-speaking world, India and of course we’re now going to get a boost only to the fact that Mr Trump is very sympathetic to our country, with his friendship with Nigel Farage of course.

“I don’t see a problem here at all, only the weakness of the Government and the people who don’t want to leave the EU in any way.”