Could British EU exit be a watershed for global economy? 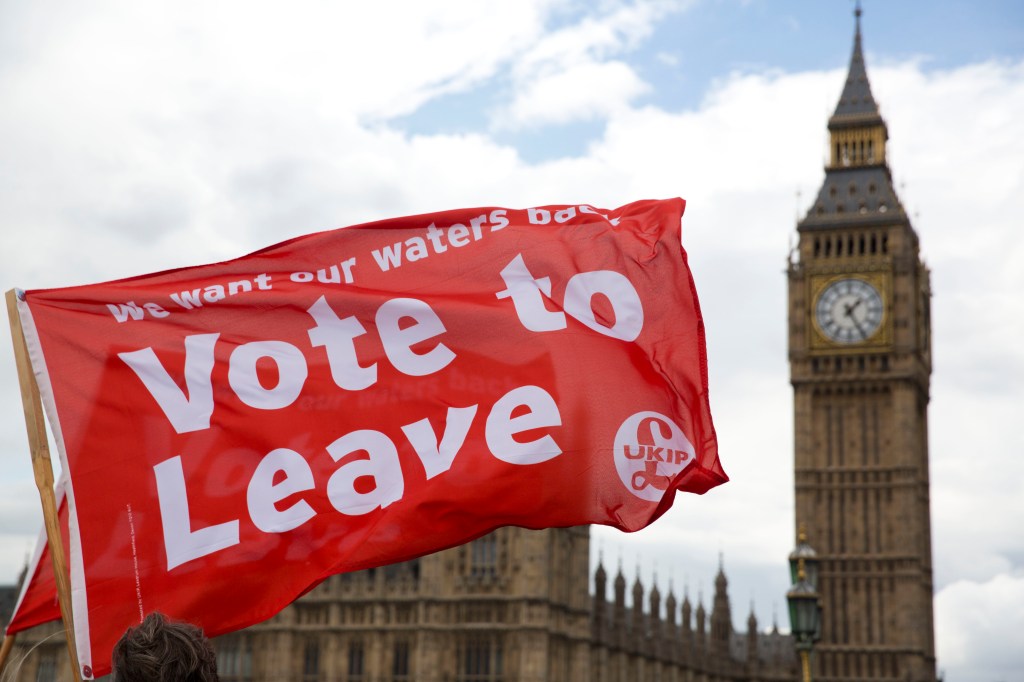 FRANKFURT, Germany — A British exit from the European Union could cause global market swings for a while. But that would soon pass.

If we’re lucky, that is.

Much darker scenarios for the global economy are also being discussed by economists as they try to gauge the risks of Thursday’s referendum for the wider world.

While economists say a British exit from the EU — or Brexit, as it is known — would be painful mainly for the country itself and to a lesser extent for rest of the Europe, the consequences for the global economy are harder to estimate.

In the gloomier narratives, a Brexit becomes a turning point, an event that snowballs and leads to much larger and nastier problems. It could deal a setback to free trade and globalization, which many disgruntled voters around the world are already cool on. And it could trigger more defections from the EU, destabilizing the region and unsettling companies and consumers.

So forecasts are ranging from the benign to the apocalyptic.

Some, like outgoing Finnish Finance Minister Alexander Stubb, compare Brexit to the 2008 collapse of U.S. investment bank Lehman Brothers, which spread financial ruin across the globe. Or, it could be more like Y2K, in which computers worldwide were supposed to fail on Jan. 1, 2000, because software was written for years beginning with 19-. In the event, not much happened.

Here’s a quick run-through of the global risks from a Brexit.

It’s reasonable to assume that a vote to leave would cause global financial market swings in the short term, with investors selling riskier assets such as stocks and seeking safety in government bonds, analysts say. The pound has already fallen in value against other currencies and would likely fall more. Gold, seen by some as a refuge in troubled times, might rise.

Markets seem to be betting that “remain” will win, so if they’re wrong, there could be some scrambling to adjust.

Faced with churning markets, central banks could try to steady things with extra loans for banks or other ways of making credit more readily available. Market swings could help persuade the U.S. Federal Reserve to postpone interest rate increases once thought likely this year and now in doubt. That could be good news for mortgage holders but could prolong savers’ agony over low rates and non-existent returns on deposits.

The direct impact of a Brexit would likely not be too bad on growth — if you’re not British. A year after a vote to leave, Britain’s economy would be one percent smaller than it would have been otherwise, while the 28-country EU would lose 0.25 percent and the world 0.1 percent, according to Moody’s Analytics chief economist Mark Zandi.

“I think the immediate effect is modest,” he said. “It’s not cataclysmic in any way. It’s corrosive, certainly. It diminishes the U.K. economy going forward.”

Taking 0.1 percentage point off global growth might not seem like much, but the world economy, though not in crisis, is not in great shape right now. The International Monetary Fund predicts 3.2 percent growth this year and 3.5 percent next year. IMF head Christine Lagarde says that’s not enough to lift living standards and get the globe’s 200 million unemployed back to work. “There is a risk that middle class families and the poor actually remain behind, which would embolden the voices of protectionism and fragmentation,” she said in April.

The World Trade Organization says international trade will remain sluggish this year, growing 2.8 percent, well below the average of 5 percent since 1990.

And the effects of a Brexit could be long-lasting: permanently lower growth in Britain and Europe. After five years, Britain’s economy would be 4 percent smaller than otherwise; the EU 1 percent and the global economy 0.25 percent, according to Zandi.

So it could add up.

The “U-word” is prominent in most assessments of Brexit. That’s because it would take years for Britain to sort out new trade relationships if it leaves the EU, whose members trade freely with each other without charging tariffs. Businesses wouldn’t know where to locate production or how much it would cost to trade.

The EU and Canada, for instance, started negotiating a trade agreement seven years ago, but it still hasn’t been ratified.

And uncertainty can be very hard on growth. It makes executives hold off on building new plants or hiring permanent employees, while consumers might wait on buying a new car or kitchen.

Uncertainty is one reason investment is relatively weak in the developed world. A Brexit would only add another reason to wait.

If other countries decide to leave the EU or if a “leave” vote energizes populist political forces and leads to a broader retrenchment in trade and globalization, a Brexit would be seen as a turning point with outsized influence on the globe.

Polls in France, for instance, show anti-EU candidate Marine Le Pen of the National Front will almost surely make the final round of next year’s presidential election. In the United States, presumptive Republican presidential nominee Donald Trump has criticized the North American Free Trade Agreement, or NAFTA, and talked about imposing new tariffs.

Economist Zandi invoked the metaphor of the butterfly that flaps its wings and triggers a chain of events that builds into a hurricane.

“Nothing good comes out of Brexit,” he said. “It’s just different shades of grey. It has global implications under the greyest scenarios, where Brexit sets off, is a catalyst for, another existential event for the eurozone and the European Union more broadly, that it empowers all the political centrifugal forces that are at work in Europe and Europe starts to fracture.”

“That would have serious implications for Europe, and also for the global economy,” he said. “It’s quite easy to construct scenarios where this plays out very badly over time.”