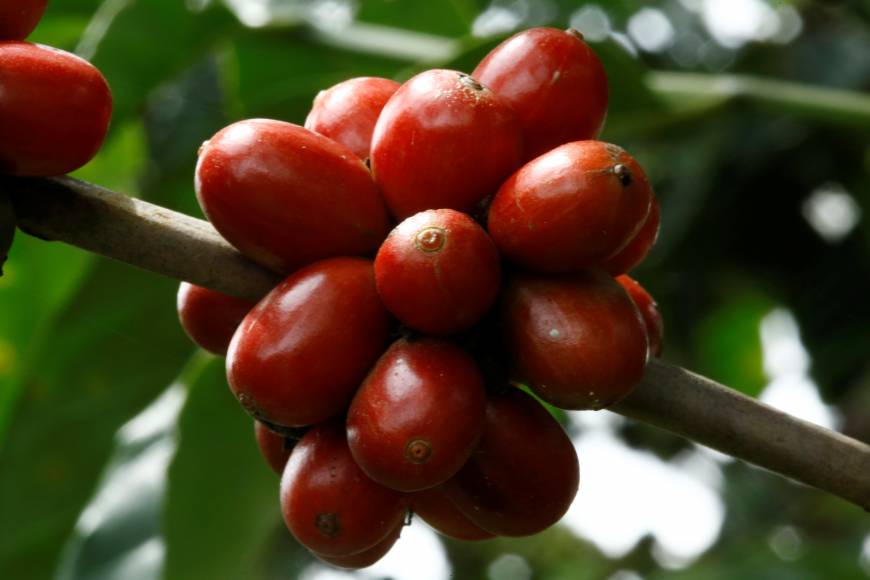 SAN JOSE – Three decades ago, Costa Rica outlawed cultivation of the robusta coffee bean in order to promote production of arabica, the variety prized by high-end roasters around the world.

Now, however, with warmer temperatures and disease threatening arabica production, the world’s 14th largest coffee producer is looking back to robusta — just as the more bitter, higher-caffeinated bean is gaining favor around the world.

The National Coffee Congress for Costa Rica, a group of industry and government representatives that sets national coffee policy, is set to gather in an extraordinary session on Saturday to consider whether the 1988 decree against robusta should be dropped. Its decision is binding on the government, said Luis Zamora, the agriculture ministry’s national manager for coffee.

Zamora said the meeting shows that the calculus around robusta is changing. “In the case of the quality and the price, robusta coffee, as a result of free trade deals, has demand,” he said.

Costa Rica’s reconsideration of the once taboo bean also illustrates how climate change is affecting crop production. While global demand for coffee is rising, both main species, arabica and robusta, are sensitive to climate and under threat in the long term.

By 2050, the area suitable for growing coffee worldwide is expected to shrink by as much as 50 percent with arabica endangered by rising temperatures and robusta by increasing climate variability, according to a study published last year in the journal Climate Change.

In Guatemala, some growers have planted robusta trees in place of arabica that was stricken by roya, a leaf rust disease made more virulent by heat. In Nicaragua, Honduras and El Salvador, arabica farmers, particularly at lower altitudes, have switched to warm weather crops, including cocoa, tomatoes and chilies.

In Costa Rica, the turn toward robusta is not without controversy. In spite of a nascent robusta makeover, some fear it would dilute Costa Rica’s reputation as a producer of premium arabica.

“The great name is one of the concerns,” said Ronald Peters, president of Costa Rica’s largest trade group, the Coffee Institute (ICAFE).

Despite the worries, ICAFE last month recommended that robusta no longer be considered an agricultural outlaw. It also forecast a 7 percent decline this year in production of arabica, a prestigious but small part of the country’s economy, involving more than 47,182 registered producers.

Allowing robusta production would reduce the need to import the bean for domestic consumption, a practice that picked up as arabica production declined. It also could improve the livelihoods of farmers outside the country’s arabica-suited highlands.

To avoid tainting Costa Rica’s premium arabica beans, ICAFE recommended robusta be cultivated in separate zones. Still, a decision in favor of robusta is anything but certain, Peters said.

“There are voices in favor and against,” he said.

A growing taste for coffeehouse brews, as well as instant, among the emerging middle class in the developing world is driving up global coffee consumption. That appetite can’t be met by arabica alone, said Andrew Hetzel, a consultant with Coffee Strategies in Hawaii.

“There is no way,” he said, “we as an industry can produce enough arabica coffee to satisfy their demands.”

Discovered in Ethiopia and now grown largely in Latin America, Africa and Asia, arabica has long dominated production and commands about 60 percent of the world’s coffee output.

But its susceptibility to frosts, droughts and warmer temperatures has caused supply shocks and volatile prices. In 2014, for instance, a drought and high temperatures struck Brazil, the world’s biggest coffee grower, when the arabica cherries were developing, a potentially devastating time. Supply fears caused futures prices to nearly double within four months to around $2.15 per pound (454 grams).

Some roasters have looked to robusta as a more reliable and less expensive bean, helping to double its share of global output over the past 50 years to 40 percent. Robusta also has begun attracting some interest from the specialty coffee market as producers improve cultivation and processing techniques. One new niche application is high-end Nespresso’s roasted blend launched with robusta from South Sudan.

Central America’s arabica crops are on the front lines of climate change. The tree had long thrived in the relatively cool temperatures and rich volcanic soil of the region’s mountain slopes.

But, in 2012, an outbreak of roya began spreading — aided by warmer temperatures — to elevations that had previously not been susceptible to the airborne fungus. Growers pruned trees and re-planted with rust-resistant varietals where they could.

Almost a fifth of Central America’s coffee workforce, about 374,000 people, lost jobs amid the roya crisis in 2012 and 2013, according to the Inter-American Institute for Agricultural Cooperation.

In Costa Rica, roya contributed to the decline in area planted with arabica to 84,000 hectares this year, down from 98,000 in 2011 before the outbreak, according to reports by an agricultural specialist for the U.S. Department of Agriculture’s foreign service. Production fell to 1.4 million 60-kilogram bags last crop year, down from 1.9 million in the crop year that ended in 2008.

Roya was a climate change wake-up call. Even as growers work to recover from the immediate crisis, experts say other climate-driven threats loom, including the coffee berry borer, an endemic beetle that is more active — and destructive — in warmer temperatures.

Earlier this year after a small farmer asked permission to grow robusta, the agriculture ministry decided to look more broadly at whether the ban on the bean still made sense in light of market and climate changes.

Jose Manuel Hernando, who heads the Chamber of Costa Rican Coffee Roasters and participated in the study committee, said robusta now represents a “great opportunity” and should no longer be treated as an outlaw.

“The taboo is falling down,” Hernando said.