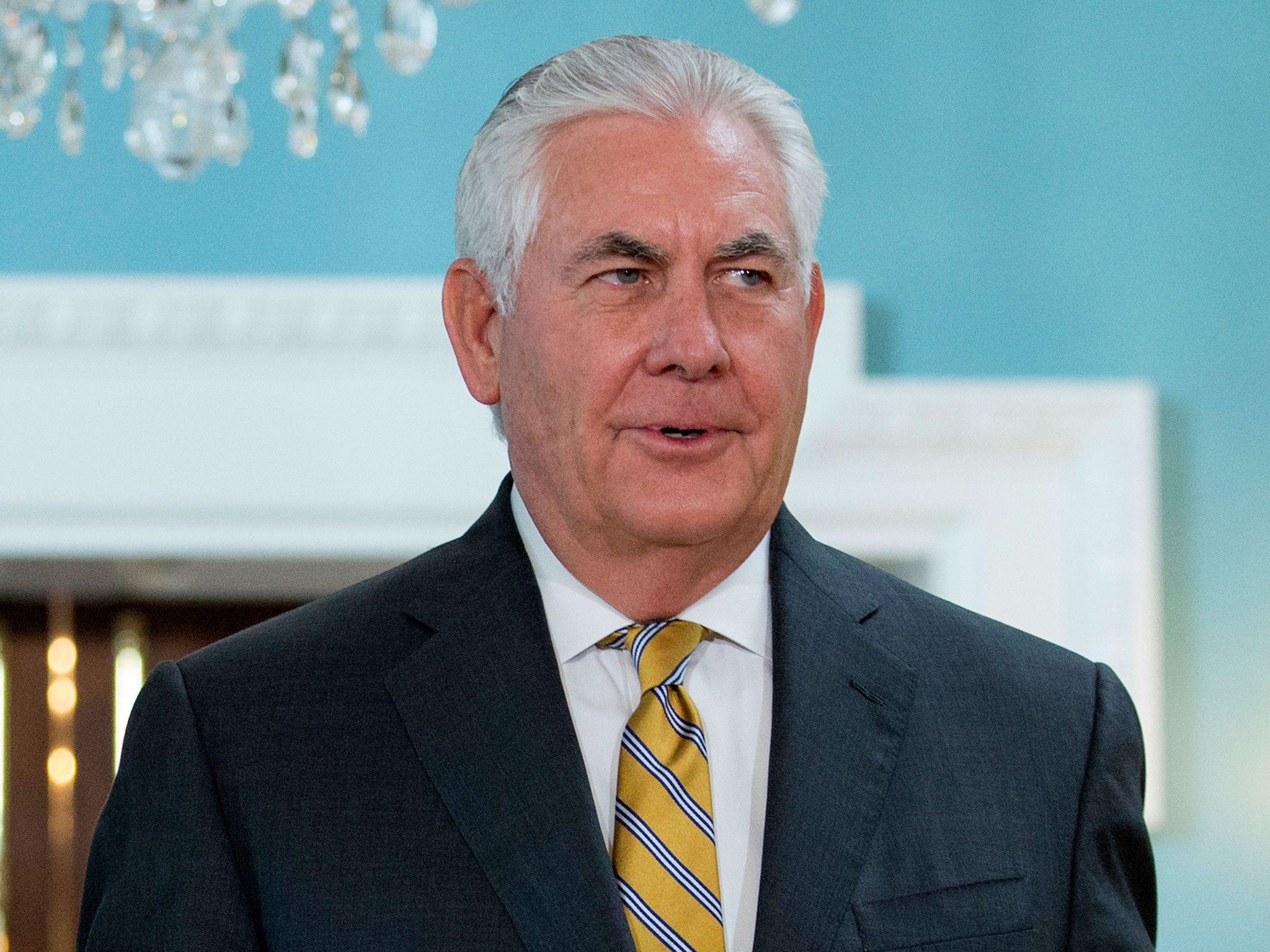 US diplomats should sidestep questions from foreign governments on what it would take for the Trump administration to re-engage in the global Paris climate agreement, according to a diplomatic cable seen by Reuters.

The cable, sent by US Secretary of State Rex Tillerson to embassies, also said diplomats should make clear the United States wants to help other countries use fossil fuels.

In the wake of President Donald Trump's announcement in June that the United States would withdraw from the accord, the cable tells diplomats to expect foreign government representatives to ask questions like "Does the United States have a climate change policy?" and "Is the administration advocating the use of fossil fuels over renewable energy?"

If asked, for example, "What is the process for consideration of re-engagement in the Paris Agreement?", the answer should be vague. "We are considering a number of factors. I do not have any information to share on the nature or timing of the process," the cable advises.

A US State Department official declined to comment on the cable.

Mr Trump, a Republican, had campaigned on a promise to "cancel" the Paris deal, saying he believed it would cost the US economy trillions of dollars while leaving developing nations such as China unfettered. In sharp contrast to the previous administration of President Barack Obama, a Democrat, Mr Trump has several times called climate change a hoax.

In June, Mr Trump left the door open to re-engagement with the Paris Agreement if the terms improved. The United States will "start to negotiate, and we will see if we can make a deal that's fair," he said.

The State Department guidance clarifies that right now, "there are no plans to seek to re-negotiate or amend the text of the Paris Agreement".

But it adds: "The President is sincere in his commitment to look for a path to re-engage that takes into account his concerns for US economic growth and energy security."

The Paris accord, agreed by nearly 200 countries in 2015, seeks to limit planetary warming by curbing global emissions of carbon dioxide and other gases that scientists believe drive global warming. The United States, under the Obama administration, had promised to cut emissions as much as 28 per cent from 2005 levels by 2025.

Separate from the diplomatic cable, the Trump administration is reviewing a draft report written by scientists across 13 federal government agencies that shows the effects of climate change pose dire, near-term threats to the United States.

The Environmental Protection Agency declined to comment on the draft, which The New York Times published on Monday.

The report puts the White House in the awkward position of either clearing the report's findings or editing them.

The diplomatic guidance makes clear that the United States intends to attend global climate summits during the prolonged process of withdrawing from the Paris deal to protect US interests. The next summit is in November.

A US official said a major priority in these talks would be to beat back attempts to have separate standards in the guidance on emissions cuts for rich and poor nations - long a sticking point in negotiations.

"There's certainly nothing in the policies of this administration that would make us think that we should be acting differently," the official said on condition of anonymity to discuss the internal memo.

The cable also anticipates questions over why the United States has changed its policy to make it easier for global development banks such as the World Bank to finance coal-fired power projects. In 2013 the Obama administration said the United States would oppose most coal projects, guidance since altered by the Trump administration.

"The new principles will allow the (United States) the flexibility to approve, as appropriate, a broad range of power projects, including the generation of power using clean and efficient fossil fuels and renewable energy," the cable said.