August 20, 2017 Leave a comment
Dharchula in western Nepal is a Doklam doppelganger in that it is situated at the trijunction of Nepal, China and India. The town is bifurcated across India and Nepal by the river Kali; the terra firma underneath is the de facto border since the Treaty of Sugauli that ended the Anglo-Nepalese war of 1814-16. The suspension bridge over the river connects Nepal and the Kumaon region of Uttarakhand. Dharchula was an important town on the old Tibet-Nepal-India trade route.

That was before China occupied Tibet in 1950. On the edges of the Chameliya tributary of the Kali in Nepali Dharchula is where Ajay Kumar Dahal lives alone. The family and life of the project chief of the state-owned Nepal Electricity Authority’s (NEA’s) 30 MW Chameliya Hydroelectric Project is as divided and fragmented as the land he operates on. Dahal’s family is in Kathmandu, nearly 1,000 km away. His sons are studying to be engineers: one in China and the other in India. He himself was one of the last Nepali engineers to have got his professional degree from Tashkent Poly Technical Institute in a now extinct country called the USSR, much like Tibet. 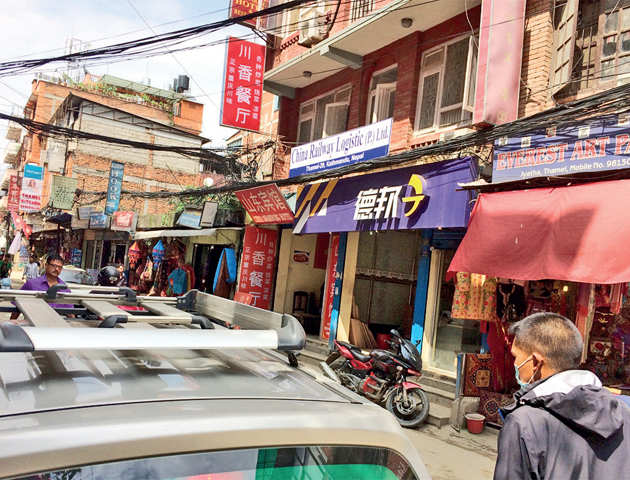 However, there is nobody fighting to reclaim the USSR. Dahal graduated in 1990, the year the USSR formally collapsed. That was the year Nepal’s Jan Andolan ended absolute monarchy; and Dahal joined NEA the next year. But in the chaos of the 1990s pro-democratic movement, a 17-year-old Tibetan freedom fighter called Tsering Choeden, son of a Tibetan freedom fighter who was part of the first Mustang uprising against Chinese rule, decided he could finally exhale.

On March 10, 1990, the anniversary of the Tibetan uprising against Chinese occupation, he and a few friends in Kathmandu bought Tibetan flags, got about 100 people together and demonstrated against the Chinese occupation of Tibet at Boudhanath, a World Heritage Site surrounded by Tibetan gompas in Kathmandu. A surprised Nepali police officer told Choeden and his bunch of ardent protesters they were in the wrong place. “Take this short cut through the Ganesh Stal towards the Chinese embassy. You should protest outside the Chinese embassy to be heard by the people you want to hear your protest,” the now 44-year-old Choeden, who works with a hotel in Kathmandu’s tourist district of Thamel, told ET Magazine. 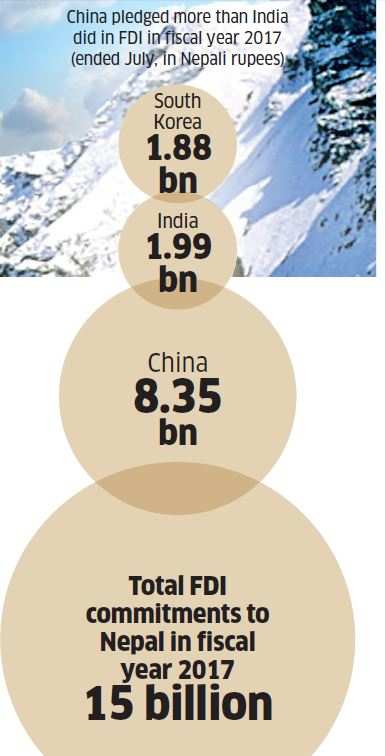 Choeden’s gang that included two Tibetan monks were held in custody at Hanuman Dhokha for “two days and two nights,” and released. The Tibetan Youth Congress later took credit for what was essentially the first democratic protest in Nepal against the Chinese government, says Choeden. Another man released from jail when the monarchy fell in Nepal in 2006 was Kishor Shrestha, editor of Jana Aastha, a weekly he edits and owns. That was his second imprisonment; he was first put in the slammer in his school days when part of the anti-monarchy student protests.

Shrestha now leads the Nepal China Media Forum founded in 2009. The forum sends out 15 Nepalese journalists to China every year for a 10-day exposure course and another 10 to a South Asian Expo along the Bangladesh border on Chinese soil. Given the shadow of the Indo-Chinese standoff at Doklam, these three men are easy to slot as friends or enemies of India. But, like the rest of Nepal’s mountain people, they are as Swiss as chocolate and as neutral, politically. 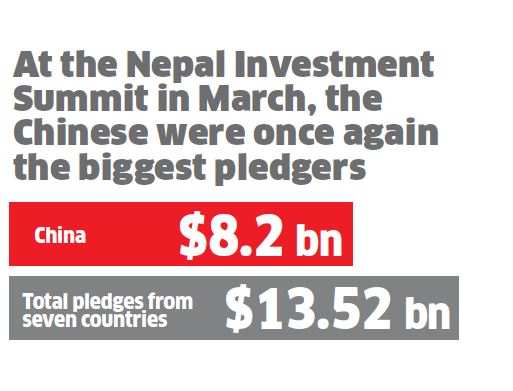 The Indo-Chinese face-off is already threatening to grow into a trade war between the two huge, nuclear-armed Asian neighbours. Chinese companies dominate India’s burgeoning electronics market and are estimated to be worth $22 billion, by the Confederation of Indian Industry. Three’s a Crowd But, before that, China overtook India three years ago as the biggest foreign direct investor in Nepal. China has invested a lot to make a cultural impact in Nepal as a benign and easy partner.

It has also scored heavily on the rather obsolete Nepali law about procurement that insists that the lowest bidder is the chosen one. That explains China’s bagging some of the biggest projects in Nepal, be it the Pokhara International Airport or several hydroelectricity projects. But many Chinese companies that were awarded these projects have since backed off — because project costs escalate from the ridiculously low bid, and Chinese construction companies are unable to fulfil their contractual obligations.

The high-profile Melamchi Water Supply Project, a joint venture between China Railway 15th Bureau Group and China CMIIC Engineering and Construction Corp, is one such project that couldn’t be executed. Ashoke Rana, CEO of Himalayan Bank — one of the guarantors to the Melamchi project — points out that the Nepalese market is not mature and the government’s procurement law insists on accepting the lowest bid in any public auction. Chinese companies with a language problem depend on Nepalese middlemen who game the system to bag projects by bidding low. However, the costs escalate soon enough and these Chinese companies are unable to find redress in Nepal. They choose to jump ship. Northwest Civil Aviation Airport Construction Group, the Chinese contractor of the Gautam Buddha Airport near Lumbini, is in danger of getting its contract terminated for not delivering on time. 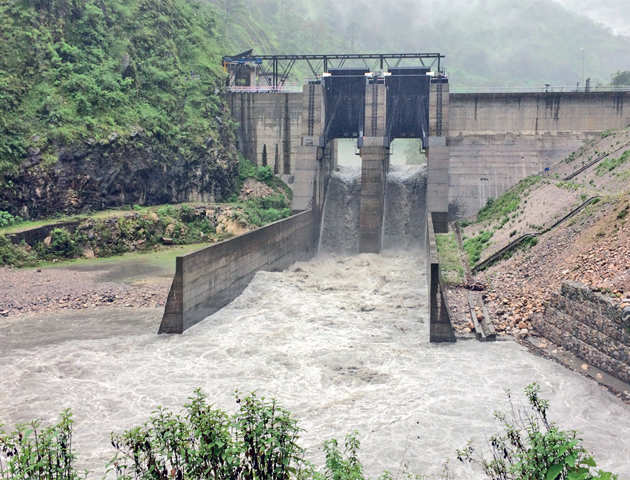 Earlier, the company was blacklisted by the Asian Development Bank for submitting fake documents from Sudan to meet qualifying norms to bid for the Gautam Buddha Airport contract. After being reinstated, it is again at risk of falling woefully back on deadline. The $92 billion Tribhuvan International Airport project, which had Constructora Sanjose of Spain in charge, was terminated last December. After six years, the project had only completed 17% of the job. Unlike Chinese companies, Indian firms have no language barrier, just economic hurdles.

The 4,800 MW Pancheshwar hydropower project to be built by WAPCOS Ltd, from the Indian public sector, was cleared nearly two decades ago, but is only about beginning. For their part, the Chinese are majorly investing in clearing the language barrier. Trade and investment consultant Sujeev Sankhya, who helps the Chinese government navigate in Nepal, is bullish on this front. “Real Chinese investors are professional, like they are in Cambodia or Rwanda, and they find it difficult to deal with the rent-seeking Nepalese entrepreneurs. 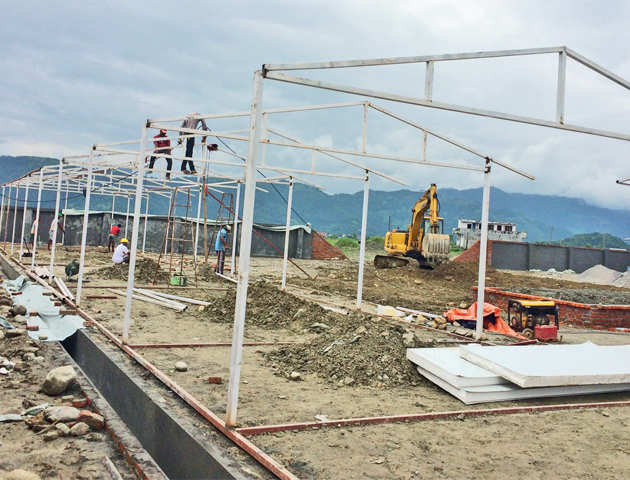 In pic: Chinese construction work at the Pokhara airport

Therefore, they are investing heavily in social assimilation and take that very seriously,” says Sankhya. Private Chinese businessmen have moved into Nepal, buying or leasing property in the tourist hubs of Pokhara and Kathmandu ostensibly to cater to the throng of Chinese tourists. Around 1 lakh Chinese vacationers visit Pokhara alone, and go up by 10% annually, according to the tourism office of Kaski district. The popular tourist hub has a “sistership relationship” with Lingzhi and Kunming cities in Tibet, says Bishwo Palikhe, president of the Pokhara Chamber of Commerce and Industry.

Palikhe is an uninhibited lobbyist to increase Pokhara’s business profile. In 2012, he led a 500-car rally to the Nepalese capital to pressure politicians to get the Pokhara International Airport project underway. Chinese contractors are already working on the project very close to where India is building a cricket stadium. In Kathmandu’s Thamel, the popular Jyatha Street is practically taken over by Chinese establishments, eateries and clearing agents. So much so that the Chinese community there petitioned the municipal authorities to name the street China Town. The petition was rejected. 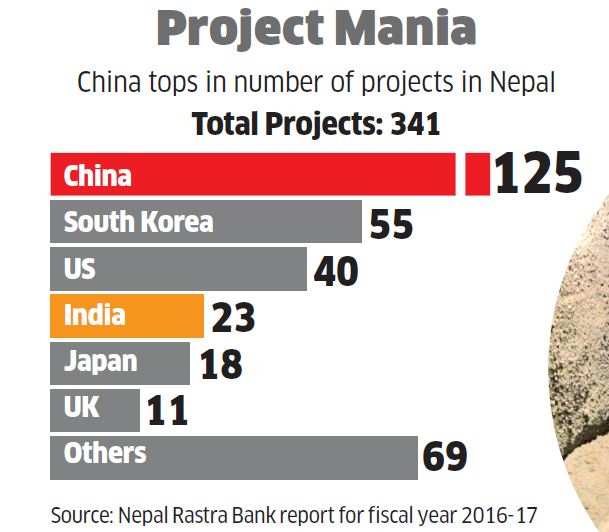 “The Chinese are cash-rich. They walk into a shop, and pay double or triple the price and seek three- or five-year leases instead of one year. They are upsetting the real estate market and do not seem to be particularly interested in business. Once they get hold of a property, a Chinese embassy car would come and overnight the place would be reassembled into a slick shop with fancy fascia,” says a businessman with several hotels in Kathmandu This Chinese ingress is what might be rewiring Nepal’s demography and perhaps the one section that India needs to keep a wary eye on.

The Economist reported recently that Chinese have infiltrated Tibetan groups in Nepal. Most are Tibetans with Chinese passports and Chinese embassy officials protect them in legal dealings with Nepalese authorities. “The American embassy was the strongest in Nepal. Now, it is the Chinese embassy,” says Choeden. To Nepal’s quarrelsome multiparty democracy, a new and febrile political instinct has been added. Activist Govinda KC has just withdrawn his fast unto death seeking reforms in the education sector, owing to floods and landslides in many parts of the landlocked Himalayan country. One of his demands is that engineering colleges be started outside Kathmandu to serve the provinces. Of Nepal’s 28 million population, 8 million are in school.

This youth dividend is something the country’s remarkably anomalous economy is unprepared to harvest. A May 2017 report by the World Bank says: “The country has halved the poverty rate in just seven years and witnessed an equally significant decline in income inequality. Yet, Nepal remains one of the poorest and slowest growing economies in Asia, with its per capita income rapidly falling behind its regional peers and unable to achieve its longstanding ambition to graduate from low-income status.” One in every two Nepali family has a member working outside the country. And yet economic activity is rebounding strongly, following two challenging years. 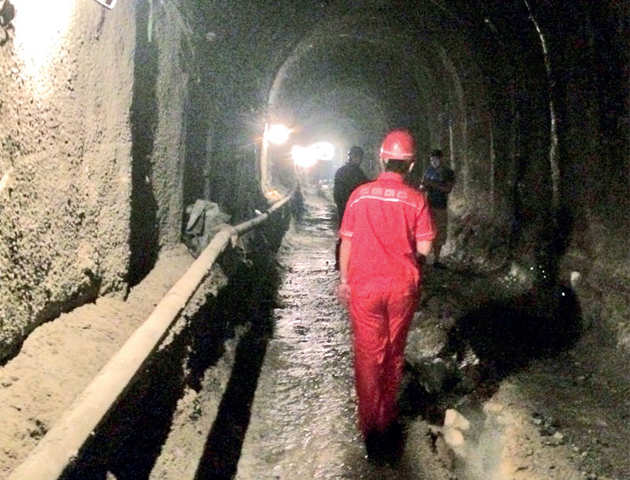 On the back of one of the best monsoons in recent years, rice production is estimated to have reached a record high at 5.2 million tonnes, up from 4.2 million tonnes a year ago. Post-earthquake reconstruction activities are picking up after a slow start. More than 100 MW of hydropower capacity, delayed by earthquakes and trade disruptions, have come on stream. There has been a revival of transport and full normalisation of wholesale and retail trade. Tourism is also recovering as arrivals reached pre-crisis levels during the September-December 2016 tourist season, the World Bank report said.

Britain’s Department for International Development estimates Nepal’s four big hydropower projects could earn $17 billion in the next 30 years. All Nepali rivers, if tapped, could produce 40 GW of clean energy.

And capital-intensive projects like a 30 MW unit in remote Chameliya area has spinoffs. The project helped build a road in the hills; and now three more private hydro projects are in the offing on the same river, most with higher installed capacities. Recently, the Chinese government moved in and built an impressive academy for Nepal’s paramilitary arm in Chandragiri in Kathmandu.