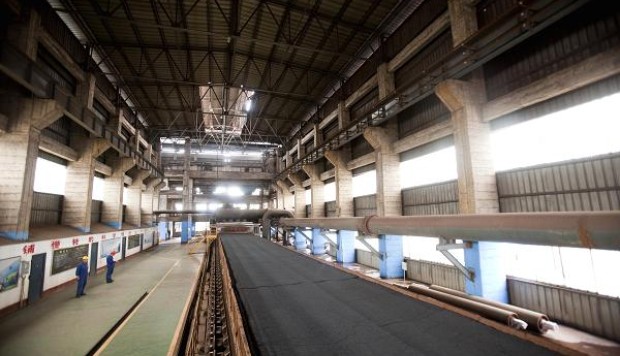 Significant overcapacity will remain in China’s steel sector even after planned restructuring, industry executives said over the weekend, suggesting no let-up for the beleaguered industry’s plant closures and job losses across the globe.

The acknowledgement by Chinese government officials and the country’s steel association came as the UK foreign minister and a leading US steel executive added their voices to concerns about the recent surge in exports from China.

Luo Tiejun, an official with China’s industry ministry, said planned cuts would reduce annual steel capacity to about 1.1 billion tonnes by 2020 while domestic consumption was unlikely to exceed 700 million tonnes.

“We need to cut [an additional] 200 million tonnes for the situation to become acceptable,” Mr Luo said, noting that China also currently exported about 100 million tones of steel annually.

The growing international controversy surrounding China’s steel industry comes at an awkward time for the Chinese government, which is seeking to secure EU recognition as a “market economy” by the end of the year.

Beijing argues that the designation, which would make it harder to prove that Chinese steel plants were “dumping” their products overseas at below cost, should be granted automatically under the terms of its 2001 World Trade Organisation accession agreement.

But EU officials, many of whom were initially favored granting China market-economy status, or MES, face a growing backlash from European unions, industry and politicians, especially after Tata Steel said it would dispose of a Welsh steel plant that employs 4,000 workers. The Indian group has blamed cheap Chinese exports for the pressure building on its European operations.

The crisis at Tata’s Port Talbot facility in Wales even featured at a weekend meeting of the UK and Chinese foreign ministers, where trade disputes are seldom on the agenda. “I urged China to accelerate its efforts to reduce levels of steel production,” Philip Hammond, UK foreign secretary, said after a meeting with his Chinese counterpart in Beijing.

But Mr Hammond also welcomed “potential interest” by Chinese companies in the UK steel sector, as David Cameron’s government attempts to cash in on its new status as Beijing’s “best friend” in Europe.

In contrast to the EU, the US is extremely unlikely to agree to Beijing’s demand for MES, especially in an election year during which the frontrunners for the Democratic and Republican parties’ presidential nominations have threatened to roll back the Trans-Pacific Partnership and other free trade agreements backed by the Obama administration.

In a further acknowledgement that China’s planned capacity cuts will not be enough to quell the growing controversy, the head of the country’s leading steel association said that “controlling steel output is more important” than cutting capacity.

Liu Zhenjiang, secretary general of the China Iron and Steel Association, added that a modest recovery in domestic steel prices this year had led to a “vicious circle” of rising costs and production.

Chinese steel prices pushed back through 2,700 Yuan per tonne last week, after a series of data releases suggested a more positive outlook for the world’s second-largest economy.

The average price for rebar, the main type of steel used in construction projects, ended last week at 2,390 Yuan per tonne. In December it was trading at just over 1,700 Yuan per tonne, according to the Shanghai Rebar Index.