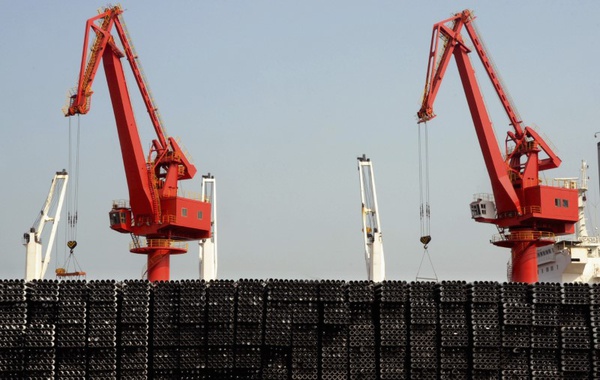 The duties announced on Friday are the latest in a line of trade defenses set up against Chinese steel imports over the past two years to counter what EU steel producers say is a flood of steel sold at a loss due to Chinese overcapacity.

Some 5,000 jobs have been axed in the British steel industry in the past year as it struggles to compete with cheap Chinese imports and high energy costs.

G20 governments recognized last month that steel overcapacity was a serious problem. China, the source of 50 percent of the world’s steel and the largest steel consumer, has said the problem is a global one.

The substitute country investigation method used by the EU, a practice typically reserved for countries deemed non-market economies, are “unfair and unreasonable” and “seriously damage the interests of Chinese enterprises,” the Commerce Ministry said in a statement posted to its website late on Saturday.

“Reckless trade protectionism and mistaken methods that limit fair market competition are not the proper ways to develop the European Union steel industry,” it said.

Chinese steel products represent less than 5 percent of the European market and do not present a serious threat to European industry, the ministry said. The root cause of Europe’s steel problems was not trade but weak economic growth, it said.

As provisional duties they are in place for up to six months until the European Commission completes its investigation. If upheld, they would typically be set for five years.

The commission has committed to speed up its trade defense actions under pressure from EU producers.

The EU has also been debating whether to grant China “market economy status”, given the Chinese government’s hand in guiding industry and markets. China says the status is its right come December, which marks 15 years since it joined the WTO. Failure to do so could spark a trade war.

The commission has said that China is not a market economy and that it would not recognize it as such, but would adopt a new method to set duties that would abide by WTO rules.