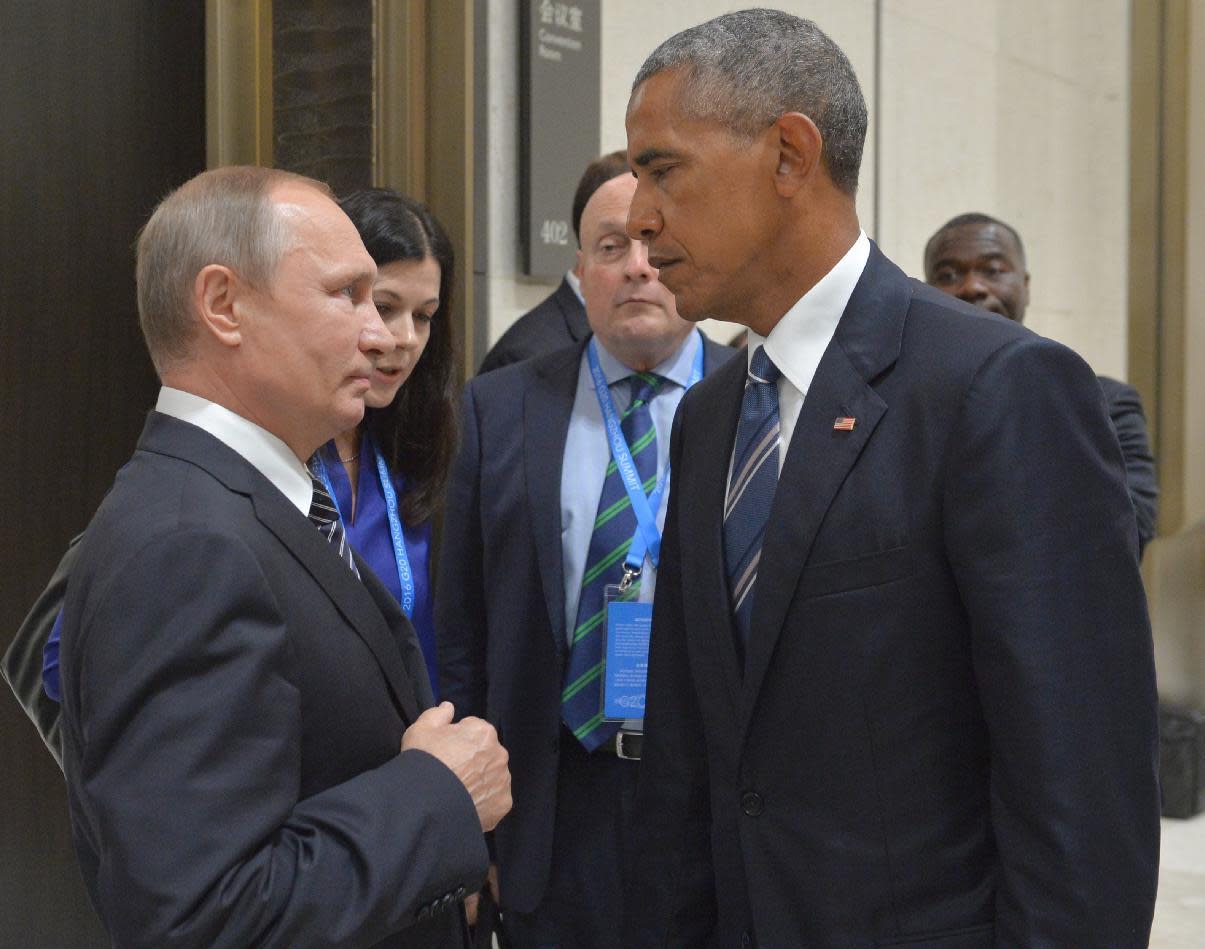 HANGZHOU, China (AP) — China agreed to cooperate more closely with its trading partners on its politically volatile steel exports as leaders of major economies ended a summit Monday with a forceful endorsement of free trade and a crowded agenda that included the Koreas, Syria and refugees.

In a joint statement, Chinese President Xi Jinping, U.S. President Barack Obama and the leaders of Britain, Japan, Russia and other Group of 20 nations pledged to boost sluggish global growth by promoting innovation.

“The global recovery lacks momentum,” Xi told reporters after the meeting. “We need to do more to unlock the potential for medium and long-term growth.”

There was no mention of a global stimulus or other joint action, which officials said earlier was unworkable because economic conditions vary widely from country to country.

In an effort to shore up public support for trade, the leaders promised “inclusive growth” to spread the benefits to people who have been left behind by wrenching change. That reflects a recognition that economic strains are fueling political tensions and a growing clamor to raise barriers against foreign competition.

The statement expressed “opposition to protectionism on trade and investment in all its forms.”

The governments pledged to avoid devaluing their currencies to boost exports. They called for cooperation to reduce tax avoidance. They appealed for stepped up aid for surging global numbers of refugees and their host countries.

Chinese leaders hope the two-day meeting will increase their influence in managing the global economy.

They want the G-20, created to respond to the 2008 financial crisis, to take on a longer-term role promoting trade and economic growth. The joint statement reflected that ambition by calling it the “premier forum” for economic cooperation.

Beijing made trade a theme of the gathering in this lakeside city southwest of Shanghai but faces complaints that a flood of low-cost Chinese steel into global markets threatens U.S. and European jobs, propelling the rise of political movements that promise to curb trade.

The joint statement calls for formation of a steel forum under the Organization for Economic Cooperation and Development to study excess production capacity.

In a concession to Beijing, the statement doesn’t mention China by name and says excess steel capacity is a global issue. However, U.S. and European officials say the vast Chinese state-owned industry, which accounts for half of worldwide output, is the root of the problem. Washington has hiked import duties by up to 500 percent on Chinese steel to offset what it says are improper subsidies.

Beijing promised in January to reduce steel production capacity by 100 to 150 million tons by 2020. But that is half of China’s estimated excess capacity of 300 million tons, so deeper cuts would be required to bring it in line with demand.

“The market is distorted by subsidies and other support measures, and that is the fundamental problem,” said Japanese Prime Minister Shinzo Abe, according to broadcaster NHK.

The president of the European Union’s governing body, Jean-Claude Juncker, called Sunday for the G-20 to take action on steel. He said the trade bloc will look at Beijing’s response when deciding whether to grant China market economy status, which would make it harder to bring anti-dumping cases.

“It may help to reassure countries about tangible steps China is taking,” he said.

Obama, Xi and other leaders called during the meeting for governments to defend free trade.

“The benefits of trade and open markets must be communicated to the wider public more effectively,” the joint statement said.

The World Trade Organization is forecasting global trade growth this year at just 2.8 percent — its fifth year below 3 percent. The International Monetary Fund has cut its outlook for global economic growth to 3.1 percent.

The G-20 as a group is unlikely to be able to do much to boost trade or economic growth, Biswas said. He noted that talks on Obama’s TPP initiative for Asia-Pacific governments and a U.S.-European pact have slowed or stalled. Britain is wrestling with the effects of its June vote to leave the EU. Russia, Nigeria and other economies are in recession.

“I would say it is hard for the G-20 to come up with a coordinated action plan because many of the countries are caught up in domestic issues,” Biswas said.

The summit was frequently overshadowed by other concerns.

It got off to a rocky start Saturday when there was no staircase at the airport for Obama’s plane. Quarrels with Chinese officials broke out on the tarmac and at other venues over access by U.S. officials and reporters.

Heavy security for the event brought Hangzhou, a city of 2.5 million people, to a standstill and left downtown streets deserted.

On Monday, North Korea added to the drama by firing three ballistic missiles off its east coast.

At about the same time, Xi was in Hangzhou telling his South Korean counterpart, Park Gyun-hye, that China opposes plans to deploy a U.S. anti-missile system outside South Korea’s capital, Seoul.

Another key issue at the meeting was Britain’s vote to leave the 28-nation EU trade bloc, seen by some analysts as the first in a wave of moves by governments to withdraw from free trade.

British Prime Minister Theresa May, who took office after the referendum, tried to reassure other governments Britain was not isolating itself.

Russian President Vladimir Putin and his Turkish counterpart, Recep Tayypip Erdogan, met to discuss the conflict in Syria and to try to mend frayed relations.

Associated Press writers Louise Watt and Christopher Bodeen in Hangzhou and Mari Yamaguchi in Tokyo contributed to this report.

This story has been corrected to fix name of Japanese leader to Shinzo Abe.