China declares WAR with EU and US: Beijing launches legal action against Juncker AND Trump 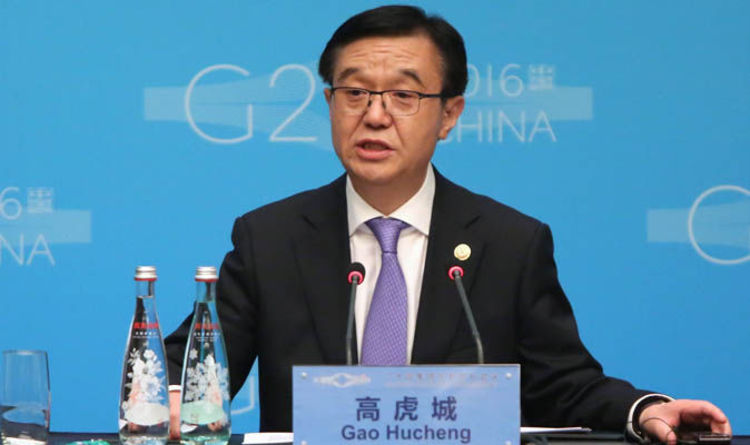 The move is likely to fuel worsening relations, particularly with the US after President-elect Donald Trump has been engaging in a war of words with Beijing, criticising its military build-up in the South China Sea as well as pointing the finger over the country’s alleged failure to rein in North Korea.

Not only is it seen as a symbolic milestone in the transformation of the country’s economy, but it would also mean it was harder for other countries to hit the communist state with anti-dumping tariffs on it over cheap Chinese imports.

China had slapped a deadline of December 11 for the EU and the US to give Beijing a market economy, according to the terms of its agreement with the WTO.

Only one day after the expiry of the deadline, the WTO confirmed on Monday that China had launched a dispute resolution case against the EU and the U.S. in an instant riposte to their failure to change their anti-dumping methodology in time.

An EU spokesperson said: “We regret that China is launching this dispute now despite the fact that the Commission has already made a proposal to amend the legislation in question.

“We will now study the request and accept, as usual, China’s request to enter into consultations.”

Commerce Minister Gao Hucheng said: “China’s lawful rights and interests must be maintained and the country reserves the right to take further action. Several WTO members have failed to fulfil their obligations.”

A dispute at the WTO initially has to pass through a consultation phase where representatives of China, the EU and the US meet to discuss the case behind closed doors.

Following the consultations, China can request a panel to be set up.

The EU and the US have the right to refuse the request for such panel once, causing a delay.

They are then obliged to accept a second request.

Van Bael & Bellis, a Brussels-based law firm dealing with trade disputes, puts 2020 or 2021 as likely dates for the end of the cases.