I’m Robert Gibson and I’ll be bringing you regular updates on all the breaking business news from across the North East.

We will have stories, pictures, tweets and comments covering the latest big stories from the region’s business community, as well as national news, FTSE updates and stock exchange announcements from the Journal region’s listed companies.

In this morning’s news we have the launch of a new product from the Burnopfield-based Quantum Pharma, aimed at helping those suffering from ulcers. Biomass firm re:heat has also announced a new contract with the National Trust for the installation of a wood pellet-fired heating system.

I’m here all week, from 8:30am to 9.30am and I’ll take you through the events to keep you informed as they break, and give you a flavour of what to expect from us news-wise over the course of the day.

Alternatively you can drop me a line at robert.gibson@ncjmedia.co.uk or tweet me at @JournalGibson

That it’s for this morning, folks. Stayed tuned to http://www.chroniclelive.co.uk/business for breaking news and insights and I’ll be back on the blog tomorrow at 8:30am. R

Food giant Cranswick has said the plunge in the value of the pound will cement the rapid growth of its export business and could put more home-grown pork on British dinner plates.
The sausage-maker said sterling’s weakness following the Brexit vote was making the cost of British pork more competitive internationally and cheaper for UK retailers than EU imports.
British pig meat had been 10p per kilo more expensive than the average EU price, but since the Brexit vote it has become 10p-15p cheaper.
Chief executive Adam Couch said: “In the long term, there’s certainly an opportunity. If the pound remains weak then the UK will look very competitive.”
But he said the UK imports around 50% of its pig meat and it would take a significant capital investment over a long period of time from British pork producers to start driving that number down.

One in three regret university due to debt, report finds

Plenty of interest in this story too http://bit.ly/2aKSWXA – The Laundrette cocktail cafe bar is planning to open up beneath the Vita Student building on Westgate Road in Newcastle.

I’m reliably informed by the Great Coreena Ford that we’ll have further updates on this one today.

NEVER take your eyes off http://www.chroniclelive.co.uk/business/

The Laundrette bar is coming to Newcastle

G4S has warned that it could be hit by Britain’s decision to quit the European Union, saying the country’s workforce and economic growth may shrink as a result of Brexit.
The world’s biggest security company said the “availability of skilled labour, regulation and taxation” could be affected as part of negotiations with the EU.
“Depending on the nature of the terms of the UK’s exit from the EU around the free movement of capital and labour, this could result in a shortage of skills or workforce availability in the UK market.
“It is also possible that the continuing period of uncertainty lowers economic growth in both the UK and Europe which could affect both our customers and our competitors,” G4S said.
The firm made the announcement alongside its half-year results, which saw pre-tax profits boosted 9.7% to £203 million. Revenue was up 3.2% to £3.5 billion after the firm secured new contracts worth £1.4 billion.
However, the company made little progress in reducing its £1.7 billion net debt pile, with the figure unchanged from December.

There’s been plenty of interest in this story about Sage Group’s Brendan Flattery taking up the CEO role at Utilitywise – http://bit.ly/2aJzC6K

Brendan is the president of Sage’s European operations – quite a job – so what prompted this new direction?

I’ll be interviewing him later this morning, so will be sure to find out and update you all.

‘Up to’ broadband speeds misleading

Broadband providers should stop using “up to” download speeds to advertise their products because they are misleading, according to council bosses.
Companies are allowed to use such headline figures in their promotional material as long as they can demonstrate that at least 10% of their customers get such speeds.
But the Local Government Association (LGA) said performance in many remote rural areas falls well below speeds of even 2Mbps (megabits per second) during busy usage periods, like after 6pm and when children get home from school.
The LGA, which represents more than 370 councils across England and Wales, believes that switching from advertising “up to” speeds to using average speeds would help paint a more accurate picture for consumers.
The LGA also believes upload speed should be clearly advertised alongside download speed because many people use their broadband connection to upload content and send large data files.
Mark Hawthorne, chairman of the LGA’s People and Places Board, said: “As central and local government services increasingly become ‘digital by default’, more people will need to have faster and more reliable speeds.
“The headline ‘up to’ download speed, which can be advertised legally, is misleading and does not reflect the reality of broadband service received across the country.” 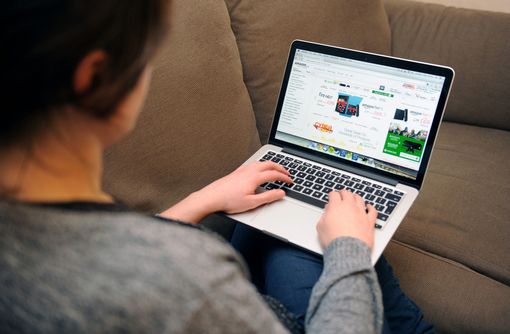 ‘Up to’ broadband speeds are misleading, it has been claimed

Keeping membership of the European Union’s single market could add almost two year’s worth of growth to Britain’s economy, according to a report.
A study by the Institute for Fiscal Studies (IFS) claims that membership of the single market could be worth a potential 4% of extra gross domestic product (GDP) to the UK compared with World Trade Organisation (WTO) membership alone.
The thinktank said the boost to the country’s trade, public finances, growth and living standards far outweigh the costs of single market membership across Europe.
Its report, which was funded by the Economic and Social Research Council, added that just having access rather than membership of the single market was “virtually meaningless”.
The IFS sent out some stark warnings over the impact of Brexit ahead of the EU referendum, saying it would lead to two more years of austerity.
Its earlier reports on Brexit said lower growth and extra borrowing of Brexit would knock a £20 billion to £40 billion hole in the Government’s finances by 2020.
In its latest study, the IFS warned Britain now faces some “very big choices” in negotiations with the EU.
Ian Mitchell, research associate at the IFS and an author of the report, said: “There is all the difference in the world between ‘access to’ and ‘membership of’ the single market.
“Membership is likely to offer significant economic benefits particularly for trade in services. But outside the EU, single market membership also comes at the cost of accepting future regulations designed in the EU without UK input.”

An historic mansion housing one of the world’s finest collections of antique miniatures is reaping the benefits of being heated by the latest in 21st Century green technology.

Owners the National Trust appointed re:heat after a competitive tender process to deliver the project.

The complex project was completed to time and specification by re:heat’s expert engineers as part of the National Trust’s environmental commitment to substantially reduce carbon emissions at its properties by switching to more renewable energy sources and deliver 50 per cent of its energy from renewable sources by 2020.

An oil-powered boiler, storage tanks and pipe network running from a garage under a courtyard to the stately home were removed, allowing re:heat to install the new biomass boilers which run on sustainable wood pellets.

“There were a lot of challenges to overcome with this project but it has worked very well,” said National Trust project manager Edward Wood.

“It was essential that the new system was installed quickly so that the impact on our conservation heating was minimised.”

Colonis Pharma, part of Quantum Pharma Plc’s Niche Pharmaceuticals division, has launched a new product as an add-on therapy for the treatment of peptic ulcers.

The Glycopyrronium Bromide 1mg/5ml Oral Solution is the first unlicensed-to-licensed liquid formulation of this product in the UK and will be launched by way of ‘cease and desist’ notices.

This means that the equivalent unlicensed medicinal products – or ‘specials’, which are used for a number of chronic conditions – cannot now be supplied.

Chris Rigg, acting chief executive officer and chief financial officer at the Burnopfield-based Quantum, said: “We are pleased to announce the launch of our Glycopyrronium Bromide solution.

“This is the first licensed presentation of this product in the UK and marks further progress in our strategy to deliver unlicensed to licensed and other niche products to the market.

“We are excited by the market opportunity for this core product in our Niche Pharmaceuticals portfolio.

“Glycopyrronium Bromide solution is one of the most important launches of the current financial year for our Niche Pharmaceuticals division. As such it is pleasing that we have been able to achieve the regulatory hurdles and launch in line with our expected timetable and now move into sales delivery phase.”