Storm clouds on the horizon for the UK. Photo: Reuters

Britain’s economy appears to be losing steam, with major business surveys showing a marked slowdown in the services sector and boardrooms beset by doubt about the future following the country’s vote to leave the European Union.

The surveys released today will heighten concerns about the longer-term prospects of the economy which has so far fared better than most economists expected since June’s Brexit vote.

That initial resilience has been driven mostly by consumers who largely took the referendum result in their stride, but the signs of weak investment intentions in the surveys suggest companies are much more nervous.

Business investment and turnover confidence hit four-year lows, the British Chambers of Commerce (BCC) said in a quarterly survey of 7,000 businesses, the largest of its kind.

Both surveys were conducted before the government alarmed employers and financial markets last week by outlining plans to force businesses to list the proportion of foreign staff and “flush out” firms not doing enough to hire British workers.

After fierce criticism from business groups, the government denied it wanted to “name and shame” companies.

The confusion compounded worries among investors about the degree of access British exporters will have to the EU. Fears about a so-called “hard Brexit” without free access helped pushed sterling to a fresh 31-year low against the dollar last week.

The BCC survey suggested the weak pound has boosted exports for manufacturers. But it also pointed to a slowdown among services firms that form the backbone of Britain’s economy.

“The slowdown in services is concerning because it obviously is the dominant sector in the UK economy,” Adam Marshall, the BCC’s acting director general, told Reuters.

Investors have become increasingly doubtful that the Bank of England will cut interest rates again this year, given robust consumer spending and sterling’s renewed plunge.

But policymakers will regard the BCC and Deloitte surveys as consistent with their view that the economy will slow markedly.

The BCC said its latest survey, conducted between August 22 and September 12, supported its forecast that the economy will grow by just 1 per cent next year, half its recent average.

Manufacturers’ plans for spending on plant and machinery and service sector investment in staff training fell to their lowest levels since 2012 when the economy was close to recession.

“It makes it all the more important that the Autumn Statement delivers positive steps to ‘crowd in’ business investment and build business confidence,” Marshall said. 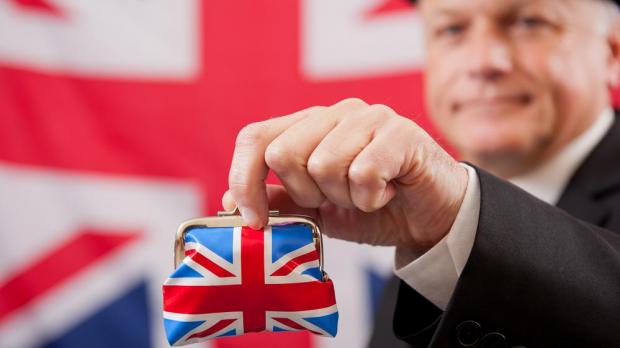 Finance minister Philip Hammond has pledged to help the economy through the Brexit turbulence. He is due to set out his budget policy on November 23 in what is known as the Autumn Statement.

The Deloitte survey, conducted at 124 large firms from September 12 to September 26, showed the outlook for capital expenditure and hiring improved in the third quarter from the previous finance officers’ poll taken in the immediate aftermath of the Brexit vote.

But the rebound was small.

“The animal spirits of the corporate sector took a battering in the wake of the referendum and, three months on, Brexit continues to loom large for the UK corporate sector,” Deloitte chief economist Ian Stewart said.

Forty percent of respondents expected to cut investment over the next three years, down from 58 per cent just after the vote, and 46 per cent expected hiring to slow, down from 66 per cent.

Rising inflation looks likely to be another challenge.

The BCC survey showed many more manufacturers now expected to raise prices, reflecting a sharp increase in raw material costs in part due to sterling’s weakness.

The British Retail Consortium said it was worried about import prices if Britain lost its preferential access to EU food markets and adopted World Trade Organization tariffs instead.

The average duty on meat imports could be as high as 27 per cent, while clothing and footwear would attract tariffs ranging from 11 to 16 per cent, the BRC said.