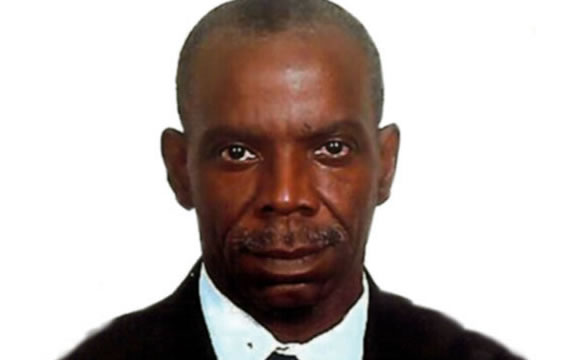 Custodians of the English language must be thoroughly alarmed that public relations professionals -serial abusers of languages-have transformed the verb, “exit,” into a suffix, to form a new verb, BREXIT, the act of British departure from the European Union. As you know, verbs denote action, being, or state of being, and give meaning, life, and purpose to nouns. BREXIT is Britain exiting the EU.

BREXIT, an Active Verb declares its intent without ambiguity; its mood is clearly imperative. As a Being Verb, it denotes Britain’s state of exiting the EU. But unlike most Transitive Verbs, BREXIT is complete, and doesn’t need an object to complete its meaning. It is neither an Intransitive Verb nor a Linking Verb, and thus needs no direct object.

All these grammatical gymnastics do not exactly explain BREXIT or its implications to Britain, the EU, and the rest of the world. They however affirm the resolve of Britain to leave a pre-recessionary EU. Like the Israelites who shouted “To your tent O Israel,” when King Rehoboam swore to increase their suffering, the British have left the EU whose burden they think is too much to bear.

BREXIT seeks to further exploit globalisation, contrived by Britain and America, to exploit weaker nations. Globalisation comes with the Western values of individualism, democracy, and market-driven economy that sync with the Four Freedoms – of speech, worship, want, and fear- espoused by American President Franklin Delano Roosevelt.

Britain is no longer persuaded by the doctrine of 17th Century French diplomat, Maximilien de Bethune Sully, who suggested a Grand Design for a federation of Christian nations. BREXIT however has a method: Britain retains its ties with the Commonwealth, jewel of her Majesty’s crown.

Globalisation, the realpolitik of economics further strengthens economic agencies, like World Bank, International Monetary Fund, and the New Development Bank of the BRICS nations, Brazil, Russia, India, China, and South Africa. The influence of non-economic multilateral associations, like the United Nations, and North Atlantic Treaty Organisation, is on the wane.

BREXIT will justify Britain invokingthe Most Preferred Nation trade doctrine to take the advantage of being the most efficient supplier of certain goods to exportat lower tariffto participating countries. This relieves Britain of moral weight as it avoids subsidy to poor EU partners. Less developed countries with meager industrial capacity that cannot produce manufactures efficiently are even now losing out as efficient suppliers of agricultural produce.

Britain will rather associate with richer nations that can buoy up its economy, than hobnob with the drain pipe and the slovenly Slovenias or Slovenkias of the EU; they only export sponging migrant labour.

The rhetoric of Donald Trump, Presidential Candidate of America’s Republican Party, against immigrants resonates with BREXIT sentiments against Central and East Europeans who rode the EU train to Britain.

Polish immigrants to Britain increased from 60,771 in 2001 to 532,000 by 2010. David Davis, Britain’s BREXIT Secretary, argues that “uncontrolled mass immigration” has been an “unhealthy characteristic” of Britain’s economic policy. He thinks the major assignment of Prime Minister Theresa May is to control Britain’s borders: “That’s what the British people want.”

Former Minister of the Exchequer, George Osborne, vowed he wouldn’t use 850 billion pounds of British taxpayers’ money to support the economy of profligate Greece. That trumped attempts by the European Commission President, Jean-Claude Juncker, to use the European Stabilisation’s Mechanism, EU’s financial safeguard, to underwrite a bailout for Greece.

Britain had already suffered a slash in the value of its Savings and Pensions funds, and was staring at another 10 per cent slide. If the mountain of recalcitrant and debt-ridden Greece was not going to walk the obvious GREXIT option, and save the EU member states the agony of nursing a headache that belongs on someone else’s head, Britain’s Mohammed will have to BREXIT.

Greek Prime Minister, Alexis Tsipas, is not helping matters with what can only be described as an obvious paroxysm and pompous peroration: “I’m certain (that) future historians will recognise that little Greece, with its little power, is today fighting a battle beyond its capacity, not just on its own behalf, but on behalf of the people of Europe.”

By June 2015, the EU exposure to Greek debt was 141 billion euros. Though Germany, France, and Italy respectively hold 29.1, 21.88, and 19.22 per cent of this debt, sly Britain that restrained itself within the rank of the EU nations that jointly held a mere 4.16 per cent, won’t waittill the underperforming debts snowball. So BREXIT!

The argument of 1958 that a united, free, and democratic Europe will put away war, and guarantee a market for European firms, falls in the face of possible recession that confronts Europe through the careless conduct of the Third World countries within the EU. An obviously angry Briton observes that “The EU is a big con, run by bankers and bureaucrats.”

The idea of North and South economies, which essentially means Western Europe and North American nations pitting against the rest of the world, will soon give way. There will be a realignment of economic forces such that China and India, in geographically far away Asia, will become core nations, whereas European economic laggards, like Greece and Portugal, will be relegated to the heap of peripheral nations.

Britain will like to enjoy unfettered access to the entire global economy, but without the financial, social, and economic commitments and obligations. Britain therefore prefers the global World Trade Organisation over the regional EU. The need to range wide and far, like their ancestors who colonised and ruled an extensive portion of the world, with the pacifist slogan, Pax Britannica, has an alluring ring.

Donald Trump hints that countries that don’t meet their financial obligations to multilateral alliances cannot expect America’s help under his watch. You must have noticed that President Recep Tayyip Erdogan of Turkey, who has recently been mulling a Turkexit from the North Atlantic Treaty Organisation, is not receiving any help from his NATO allies. He has been left to singlehandedly combat his recalcitrant compatriots who want to topple his regime.

One message from BREXIT is that the job of diplomats will take a more dynamic trajectory henceforth. Post-BREXIT diplomats will have to dust up the grace notes of their predecessors who emphasised economics, and dump the frenetic pace, razzmatazz, skullduggery, and essentially politically-included shuttle diplomacy of Henry Kissinger and his doppelganger, John Kerry.

Diplomatic relations among nations will increasingly focus on economic matters. Today’s ambassadors must be economically savvy like diplomats of the 15th and 16th century, some of whom wrought the conjoining of the Republic of Venice with the Kingdom of Italy in 1866. To borrow a phrase from the late President Umaru Yar’Adua, from now on, it’s going to be, ”economics, economics, and economics.”

Despite all these, Britain won’t quite quit Europe that still remains its biggest trade market. BREXIT is not an anti-globalisation move; it is merely the next level of imperialism that lets rich nations exploit lesser economies without giving back. It’s just Social Darwinism, or survival of the fittest, at play.

It is indeed imminent that Britain will exit BREXIT, and re-enter an essentially economic EU, shorn of humanitarian frills, but excludes Europe’s “Third World” countries. As you may have guessed, there is no more free lunch even in Freetown.