Brexit: What We Learned on The First Day of the Tory Conference 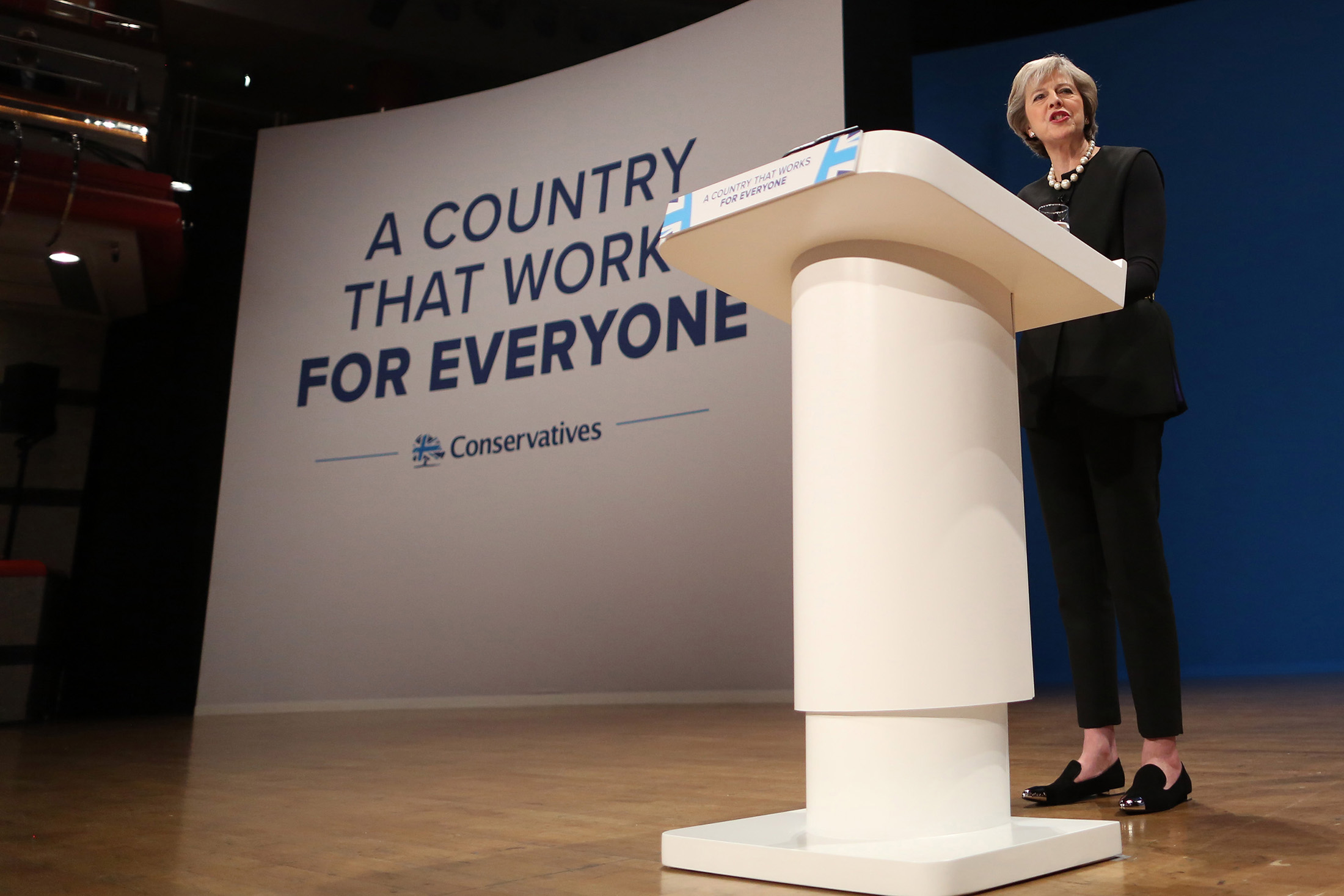 Day One of the Conservative Party conference in Birmingham, England, was Brexit Day, with Prime Minister Theresa May and her team revealing just a few key pieces of information about how the U.K. government plans to approach leaving the European Union. Here’s what we learned.

May set herself a deadline for beginning the formal process of departure, the triggering of Article 50 of the EU’s Lisbon Treaty. “There will be no unnecessary delays in invoking Article 50,” May told the conference. “We will invoke it when we are ready. And we will be ready soon.” That, she said, would be by the end of March 2017.

Article 50 specifies exit negotiations lasting as long as two years, after which, if there is no deal, the U.K. leaves the EU and trade between Britain and Europe reverts to World Trade Organization terms. May appeared to confirm this two-year period was what she had in mind – “that’s what the process within the treaty says,” she told the BBC – but Trade Secretary Liam Fox was slightly more ambiguous.

“I wouldn’t put a timescale on it,” he said later in the day. “I think that’s one of the cards we have in our negotiation.” He declined to say whether Britain would have left the EU by 2020.

May said a “Great Repeal Bill” will be included in the government’s legislative program next year. Rather than repealing EU laws in Britain, it will have the effect of incorporating all existing European legislation into British law. The idea is to give certainty to business and workers. But expect Tory lawmakers to be drawing up lists of which of these laws they would like to repeal first, once Brexit is a reality.

It’s not up to Parliament

May emphasized in her speech that neither the House of Commons nor the House of Lords will get to vote on the triggering of Article 50. A coming court case will argue that lawmakers should have a vote. Attorney General Jeremy Wright, a member of her cabinet, is going to be representing the government, arguing that they shouldn’t. Critics of the government will note he is a criminal lawyer by training, not a constitutional one.

May plans to play nice with the EU

Other EU leaders wanted her to give them a timescale, and she has. Now she wants them to begin talking seriously about talks, something they have until now said they won’t do. “I hope, and I’ll be saying to them, that now that they know what our timing is going to be – it’s not an exact date but they know it’ll be in the first quarter of next year – that we’ll be able to have some preparatory work, so that once the trigger comes we have a smoother process of negotiation,” she told the BBC. Some of her members of Parliament have been urging her to take a more confrontational line, but she’s resisting that.

She doesn’t want to tell us what she wants

May said she won’t be giving “a running commentary or a blow-by-blow account of the negotiations.” Telling people her exact goals would sabotage them, she said.

She doesn’t want her ministers to talk, either

May raised eyebrows by appointing three of the Conservative Party’s most loose-lipped lawmakers – David Davis, Liam Fox and Boris Johnson – to key Brexit posts. She had a warning for them on Sunday. “Every stray word and every hyped up media report is going to make it harder for us to get the right deal for Britain,” she said.

May cited Australia, New Zealand, China, India, Mexico, Singapore and South Korea as countries she’d like trade deals with. The significance of this is that such bilateral deals would be impossible if Britain stayed inside the EU’s customs union.

May was rude about people who distinguish between “hard” and “soft” Brexit, but it’s pretty clear where her language is taking her. The coming relationship, she said, won’t be “anything like the one we have had for the last 40 years or more.” She specifically ruled out the Norwegian or Swiss models.

She said she wanted the “best deal possible” with the EU, one that would ideally involve free trade in goods and services. “But let me be clear,” she said. “We are not leaving the European Union only to give up control of immigration again.” This doesn’t sound like a prime minister who’s ready to allow a little free movement in return for a lot of free trade.