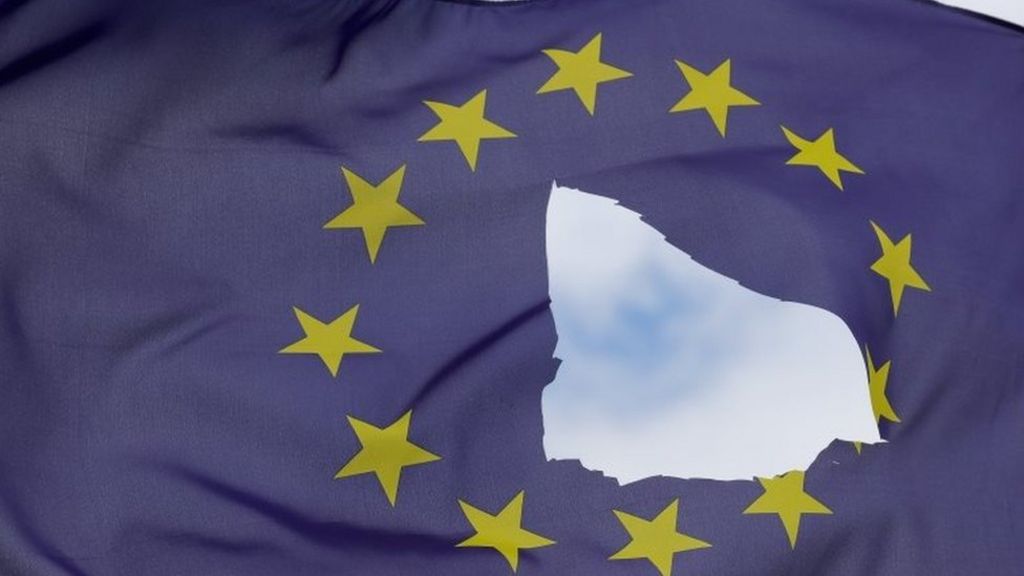 But Tuesday’s summit presents a crisis of a different magnitude: the UK, the EU’s second-largest economy, is setting a precedent by leaving the bloc.

Nothing like this has happened since the European Economic Community (EEC), forerunner of the EU, was launched in 1957, with the Treaty of Rome.

Wrangling over the technicalities of the UK withdrawal, and arguing over a future EU-UK settlement, threaten to obscure the bigger picture. Where does the EU go from here?

With Germany’s Chancellor Angela Merkel at the helm there has been a shift away from the European Commission’s “community” method of doing business to the “inter-governmental” method in the EU.

The eurozone crisis highlighted this. It was largely up to the governments – not the European Commission – to bail out Greece, and then Ireland, Portugal and Cyprus.

Attacked by Eurosceptics – not just British ones – the Commission and other EU institutions have somehow to prove their relevance to ordinary voters.

Mrs Merkel’s style – and that of the Netherlands and Nordic countries – suited the UK government’s approach to the EU. The emphasis was more on pragmatism, less on grand visions of integration.

Yet for Germany and most other members on the continent the EU always meant more than a common market, the trade association that the UK was glad to join in 1973.

Now the Brexit vote has brutally exposed the distance between the EU elite and many ordinary Europeans struggling with the impact of globalisation and the 2008 financial crash.

Europe will be watching to see if there is a real change of tone at this summit, to see if the leaders are listening and sincere about reforming the EU.

The risk for them is that more ground will be lost to populist, nationalist and anti-EU forces, who have massive support in France (the National Front), the Netherlands (the Freedom Party) and Italy (the Northern League and Five Star Movement), to name but a few.

Brexit comes on top of the biggest crises in the EU’s history – chronic unemployment linked to the debt crisis, feeble growth in southern Europe and the influx of non-EU migrants fleeing war and poverty.

A Franco-German strategy paper issued after the Brexit vote says “we have to find better ways of dealing with different levels of ambition, so as to ensure that Europe delivers better on the expectations of all European citizens”.

That echoes European Council President Donald Tusk, who said the EU must “depart from utopian dreams and move on to practical activities, such as for instance reinforcing the EU’s external borders or consistently completing the banking union”.

Compromises and fudges are the stuff of EU deals, but this time it is hard to see how the Eurosceptic anger of so many British voters could be appeased by Brussels.

Some have speculated about a new sort of “membership lite” for the UK, granting continued preferential access to the EU single market of 500 million consumers.

But French and German politicians have already urged the UK to invoke Article 50 – the withdrawal procedure – soon, hinting that they are in no mood to let the UK haggle for an a la carte deal.

Free movement of workers remains a fundamental tenet of the single market – and Brexit is such a blow to the EU that the other 27 nations would find it hard to give way on that.

Poland and three of its Central European neighbours in the Visegrad Group will prioritise the rights of their workers in the UK. They cherish freedom of movement, after the restrictions of communism.

France has warned that leaving the EU has to have consequences, though the penalties for the UK remain to be seen.

The summit is an occasion to demonstrate that the EU’s hard-won rights and values cannot be repackaged on the cheap, if a member state rejects the club rules.

The UK had already negotiated many opt-outs. But now it has chosen the biggest opt-out of all.