Brexit six months on: What trade deal could Britain get with the EU? 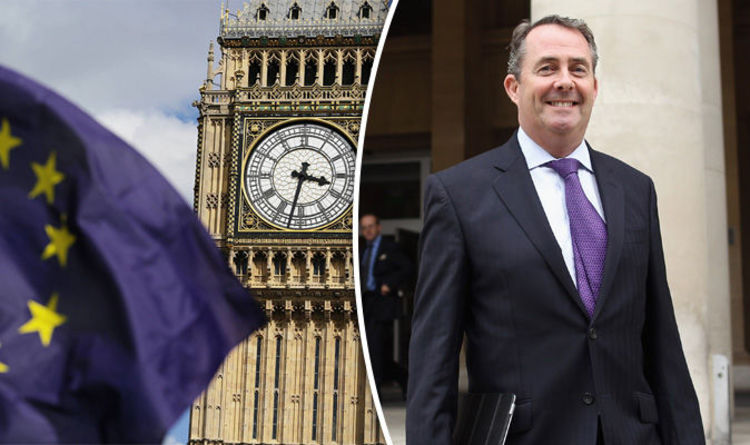 Many so-called ‘hard’ Brexiteers want Britain to break free from the EU so that the UK can draw up it own regulations and trade deals.

But pro-EU voters would prefer to keep access to the EU’s single market at all costs, even if it means higher immigration levels.

Six months on from the EU referendum in June, UK in a Changing Europe senior fellow Dr Angus Armstrong has looked at what kind of trade deal we could get.

The director of macroeconomics at the National Institute of Economic and Social Research (NIESR) believes Britain looks set to leave the single market, and probably the customs union.

Dr Armstrong said Britain is likely to seek a Free Trade Agreement on goods and an extensive agreement on services, perhaps with special arrangements for financial services and other sectors

In a report published today, he suggested that the UK could “sweeten the deal” by continuing to make payments into the EU budget and allowing preferential access for EU workers.

He predicted that tedious EU exit talks and episodes of late-night brinkmanship would lead to a compromise that “satisfies no-one but everyone can live with”.

But he warned: “If the continental consensus is that the UK is still living on Fantasy Island, we could be heading for a showdown sooner than anyone expects.”

Mrs May has tellingly set out two important ‘red lines’ in trade talks – control over immigration and freedom from the EU court.

At the Conservative Party conference, Mrs May said: “We are not leaving the EU only to give up control of immigration all over again.

“And we are not leaving only to return to the jurisdiction of the European Court of Justice (ECJ).”

Dr Armstrong said: “On the face of it, this implies that the UK will not remain a member of the single market – certainly not via the ‘Norway model’ of European Economic Area (EEA) membership, which implies acceptance of free movement.

“The Prime Minister’s words do not entirely foreclose a version of the Swiss model of European Free Trade Association (EFTA) membership and single market access agreements with the EU.”

European leaders have made it clear that Britain has to allow ‘freedom of movement’ in order to retain membership of the single market.

He noted that the Norway and Swiss models are under the jurisdiction of the EFTA court, which is the “next-door neighbour” of the ECJ.

The Government ministers have not ruled out the possibility that the UK may continue to make payments into the EU budget in return for single market access.

Dr Armstrong said that the Government has also not yet committees to leaving the customs union.

But he added: “It is hard to see how this is consistent with ‘taking back control’, if the UK cannot make its own trade deals with the rest of the world.

“Even Norway and Switzerland are not in the customs union.”