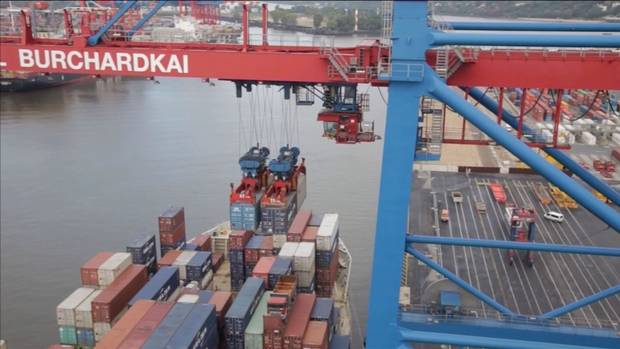 German exports will grow less than expected this year due to external risks, including a possible British exit from the EU, according to the head of the BGA trade association. But, as Sonia Legg reports, Germany’s economic growth will expand later this year after a slower second quarter.